The 10 most influential signings made by Sean Dyche at Burnley

Somewhat underappreciated everywhere he ends up, Austrian striker Ashley Barnes has enjoyed his most successful days under Dyche. Although his time at Brighton had been shrouded with controversy due to his heavyweight playing style, Dyche was prepared to bring him in to strengthen his hand at promotion in January 2014. The gamble paid off as Barnes gave everything he had in the tank to win the naysayers over. While his goalscoring record isn't outstanding by any means, he wears his heart on his sleeve and his impact on Dyche's club in four and a half years can't be dismissed. 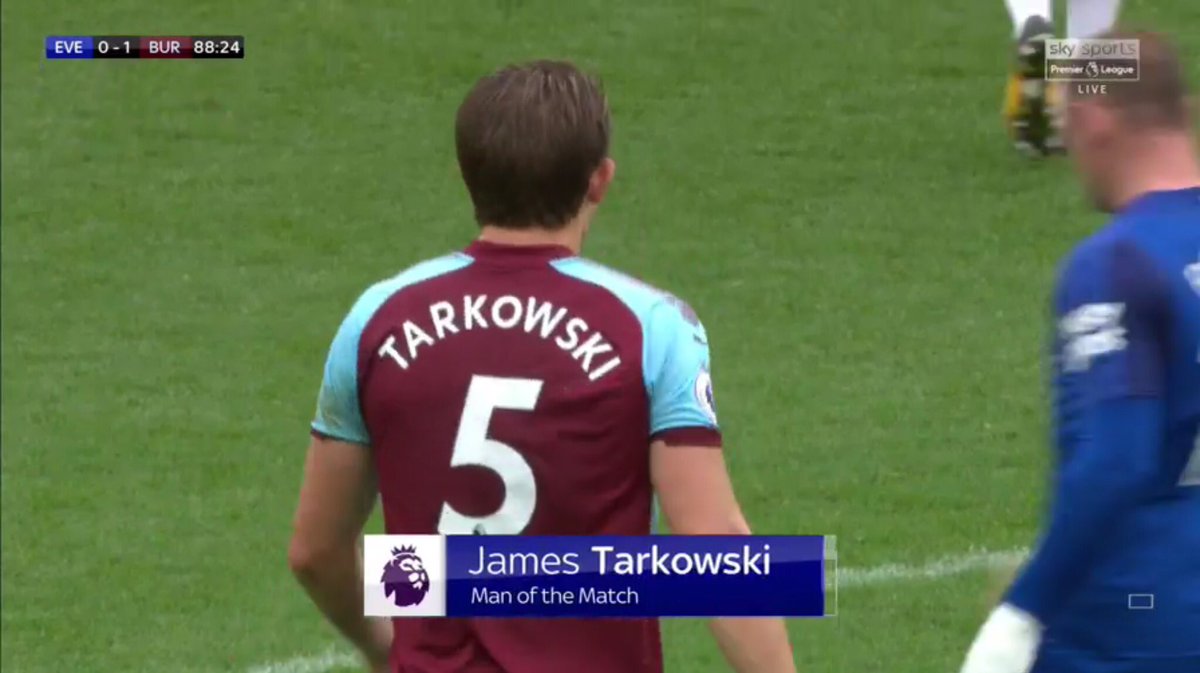 Sky Sports Statto
SkySportsStatto
Follow
Man of the Match, @BurnleyOfficial's James Tarkowski
12 clearances, 4 tackles, 3 blocks
78% passing accuracy - best for Burnley in game https://t.co/Y20FjTKtGb
Follow
16:12 PM - 1st Oct 17
110
447
One of two shrewd buys from Brentford, Mancunian warrior James Tarkowski had made an exceptional impact in London, as well as with his boyhood club Oldham Athletic. With defensive competition on the agenda, Dyche spent around £3m on this towering centre back. Although appearances were hard to come by at first, Tarkowski took every chance he got in the 2016/17 season - but it's the new season where he's prospered most. Stepping in as Michael Keane's natural replacement, Tarkowski has been assured and outstanding at the back. His potential is massive for the years to come.

After five seasons of impressing at the heart of Derby's midfield, Jeff Hendrick finally got his dream of featuring in the Premier League last summer. Dyche splashed out £10.5m on his signature, alongside Belgian international Steven Defour. Although that partnership didn't excel as Dyche had hoped, Hendrick played a crucial role in the centre of the park in the vast majority of league games. He has begun the new season in dazzling form, earning six points with two important goals against Everton and Newcastle. The future looks bright for this young Irishman.

After abandoning a possible move to bitter rivals Blackburn Rovers to play for Sean Dyche, midfielder David Jones earned high status before his Clarets career had even begun. Luckily, his performances on the field lived up to expectations, featuring in every game in their initial promotion season. Jones played the role of an intelligent, smooth operator in central midfield, performing at the same level week in, week out for three seasons. Dyche made the difficult decision to flog Jones last summer in a move that eventually suited both parties. Burnley fans will never forget his dependable displays.

When Mr. Consistent Kieran Trippier moved to Tottenham following relegation to the Championship, Dyche had his work cut out to find a worthy replacement. A mere three days later, the club announced the signing of a promising right back who had been on the fringes at Aston Villa. Lowton has been a first team regular throughout two and a bit years of success for the Clarets, looking like an incredibly shrewd investment at just £1m. Expect another steady season for Lowton with added competition from Phil Bardsley behind him. 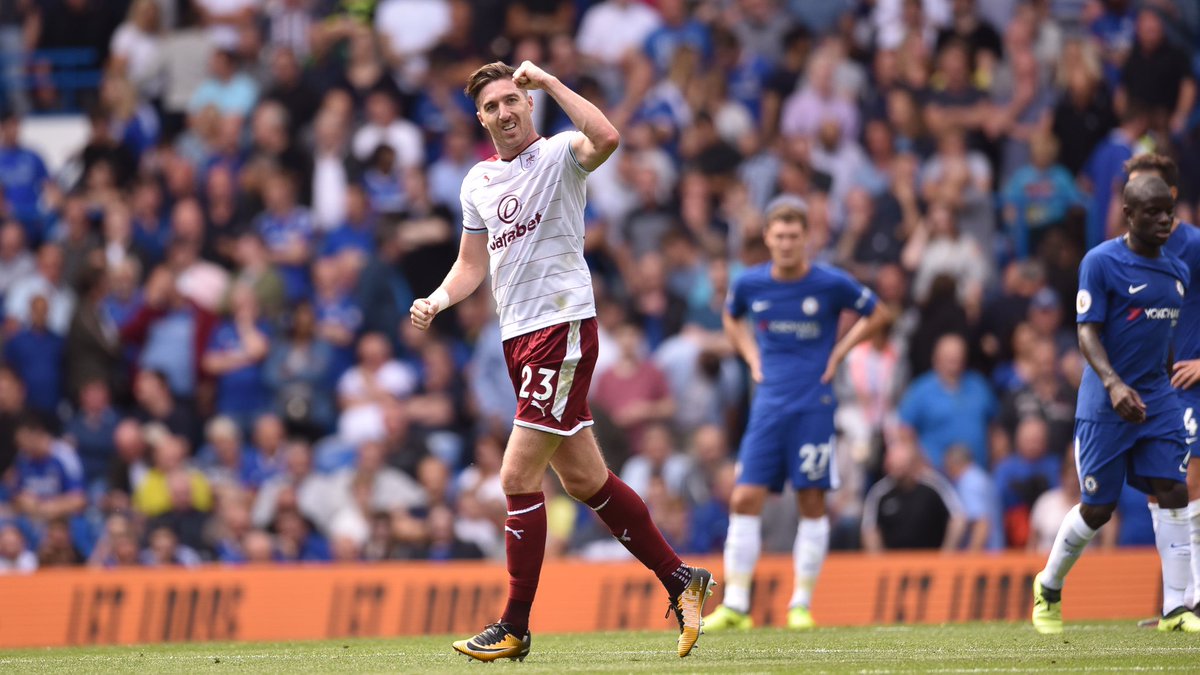 Burnley FC
BurnleyOfficial
Follow
"...and Stephen Ward has scored a goal of the season contender - on the opening day!" Happy Birthday Wardy! 💪 https://t.co/xBP8WpnspW
Follow
18:42 PM - 20th Aug 17
34
225
Irish international Stephen Ward had seen his career plummet from Premier League player to League One in the space of a year as Wolves crashed down the rankings. Luckily for him, Kenny Jackett moved him swiftly on and a successful year on loan at Brighton prompted many clubs to see his true talent. Sean Dyche acted fast, signing him up just before he could return to Brighton. Although he didn't immediately cement a starting berth, his presence at left back over the last two and a half seasons has been enormous.

Released by Huddersfield Town who finished eight places below the Clarets, Canadian international midfielder Scott Arfield was somewhat of an anomaly when he moved to Lancashire. Over four years on and the gamble had undoubtedly paid off. Arfield's consistency, work rate and adoration for big games made him an asset to Dyche, playing an enormous part in both promotions to the top tier. Although he hasn't lit the Premier League up, Arfield is a strong fan favourite and a player Dyche has an unbelievable amount of faith in.

When Danny Ings moved on to Liverpool in 2015, the Clarets lost their top goalscoring threat. Luckily, Sean Dyche and the board had a backup plan. Parting with a record fee of £6m, Burnley drafted in then-Brentford striker Andre Gray following a strong first season in the second tier. One league title, Championship player of the year award and Golden Boot award later, it was official - the vacancy had been filled. After helping keep the Clarets afloat last season, Dyche sold him on to Watford for a large fee in the summer. 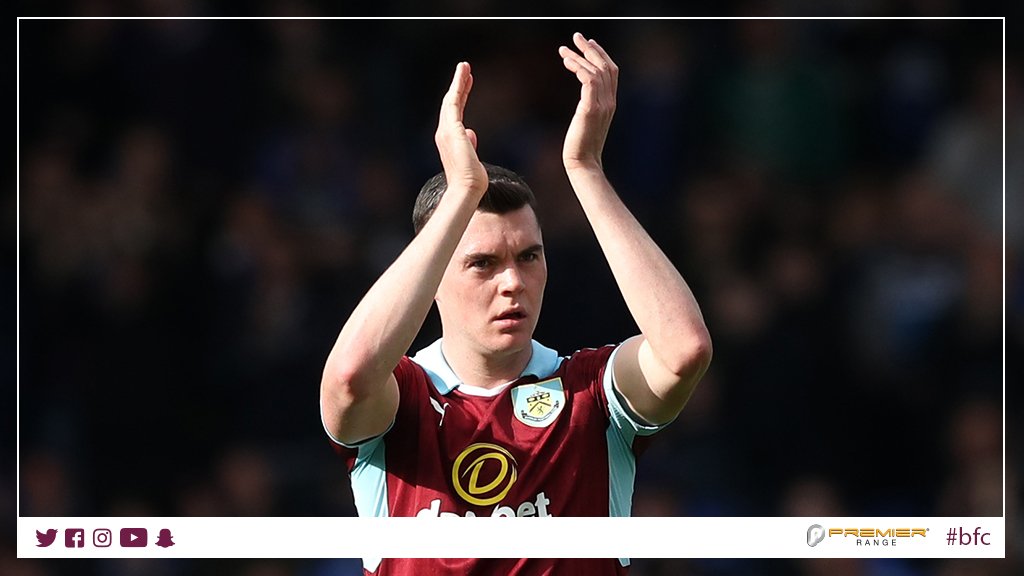 More to follow... https://t.co/kRUdMhBb9T
Follow
19:45 PM - 3rd Jul 17
482
771
Initially signed on loan from Manchester United aged just 21, little did Clarets fans know how huge this centre back would become. Though highly regarded in younger age groups, then-United boss Louis van Gaal deemed Keane surplus. The Stockport born defender made several appearances on loan under Dyche before signing permanently in a cut-price deal. Two and a half years later, Keane was wanted back by the Reds after helping Burnley return to the top tier, and then survive. Everton shelled out £30m for the now-England international's signature and he moved on with a superb reputation.

An absolute bargain and a stalwart to everything Dyche has achieved. Dyche made a bold call to allow experienced, long-term 'keepers Lee Grant and Brian Jensen to move on in 2013, but this swoop more than made up for it. Heaton was part of the worst defensive side in the Championship at Bristol City the season previous. Picked up on a free transfer, the former Manchester United trainee seized his chance after a fairly nomadic career. With 178 appearances, two promotions and three England caps under his belt, Heaton has thrived under Dyche just as much as Sean Dyche has thrived with Heaton between the sticks.