On the face of it, Everton’s 2018/19 Premier League campaign wasn’t particularly memorable.

There were many positives. The Toffees were sat in sixth by the end of November, new signings were catching the eye and the feel around Goodison Park was much more positive under Marco Silva. After enduring torrid football under Sam Allardyce, the Everton faithful finally had something to shout about.

But for every high came an embarrassing low. The 5-1 Boxing Day win over Burnley was overshadowed by the 6-2 humiliation at the hands of Tottenham Hotspur. Impressive late-season victories over Arsenal, Chelsea and Manchester United were tempered by their capitulation against Newcastle United and a dismal defeat at relegated Fulham.

The signs of improvement, though, were very much there. The team was playing a better brand of football, and a notoriously leaky defence was, by the end of the season, much more water-tight. Eight clean sheets in the last 11 games is an impressive number, which looks even better when you consider four of them came against the traditional ‘top six’.

It gives Silva and everyone involved with the club something to build on. The emergence of Wolverhampton Wanderers has added another strong team to that scramble for European football. But with a strong squad and a new stadium on the horizon, there is every reason for the Goodison faithful to be excited.

Forward Richarlison finished as top scorer with 14 goals in his debut season at the club. Only Gylfi Sigurdsson matched the Brazilian’s tally in Everton blue. After some pretty high-profile transfer flops in recent seasons, to see a large financial outlay pay off will have been a relief for the top brass. Big sums thrown at the likes of Cenk Tosun, Davy Klaassen and Yannick Bolasie in recent years have failed to see a promising return on their investments.

But last summer the Blues got it right. Around £80m was spent on Richarlison, Yerry Mina and Lucas Digne, with all three proving a hit on Merseyside. Loan moves for Kurt Zouma and Andre Gomes proved a bit as well, while winger Bernard’s free transfer from Shakhtar Donetsk May just have been the bargain of the window.

They appear to be continuing the good business this year too. Andre Gomes is a fan-favourite after his strong performances last term. They will be delighted to see the midfielder signed permanently from Barcelona, especially for a modest £22.5m fee.

Fabian Delph is no world-beater, but the England international brings experience and leadership to the squad. He helps the Toffees to meet home-grown squad quotas too. At just £8.5m, it’s a low-risk if unglamorous addition.

As is Jonas Lossl. The Danish goalkeeper endured a tough season at Huddersfield Town as the Terriers were relegated in March. But he proved in his first season in West Yorkshire that he is a good stopper, and will be a useful backup to Jordan Pickford. It also allows them to move on the ageing Maarten Stekelenburg. 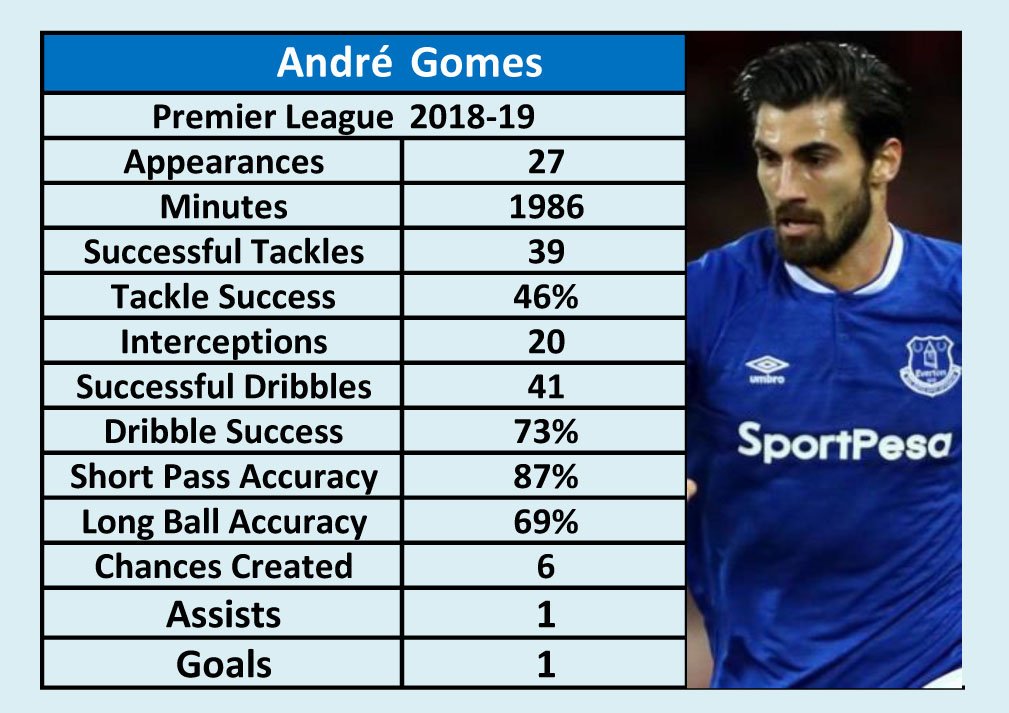 Some big names have left the club, though. Nikola Vlasic never got a real look in at Goodison, but was excellent on loan at CSKA Moscow and they will likely be disappointed to lose him for just £14m. Ademola Lookman is a serious prospect but also found himself short of game time. For such a talented, young Englishman, a £16.5m move to RB Leipzig will stick in some fans’ throats. With more game time and increased exposure, he could be worth three-times that amount in a couple of years.

But it’s Idrissa Gana Gueye who leaves the biggest hole in the squad. The 29-year-old was sold to Paris Saint-Germain for £29m, and Everton without their first-choice defensive midfielder. Neither Morgan Schneiderlin nor Muhamed Besic are good enough to adequately replace the Senegalese.

But the good news is that there is still money in the bank. A net spend of -£28m to that point paid for a new striker, as Italian starlet Moise Kean was snapped up from Juventus. It likely ends their interest in Wilfried Zaha, especially as they would never pay the £80m that Crystal Palace want. A new midfielder has now been signed, though, with Mainz’s Jean-Philippe Gbamin the freshest face to come through the Goodison Park entrance.

Marco Silva heads into the new Premier League season with expectations high. They finished eighth last season, three points behind Wolves in the final Europa League slot. This year the task is to set that record straight, while the club will also maintain the hope of breaking into the top six. Lofty ambitions, but with Chelsea unable to recruit due to a transfer ban and Manchester United in turmoil, this may be the year that someone breaks the mould.

But the priority for Everton is to place better than Wolves and Leicester City. Another top-half finish is the absolute minimum requirement, and Silva will no doubt feel the pressure if they struggle early on. The hierarchy will have no qualms about replacing him if they deem it necessary. Just ask Ronald Koeman and Sam Allardyce. 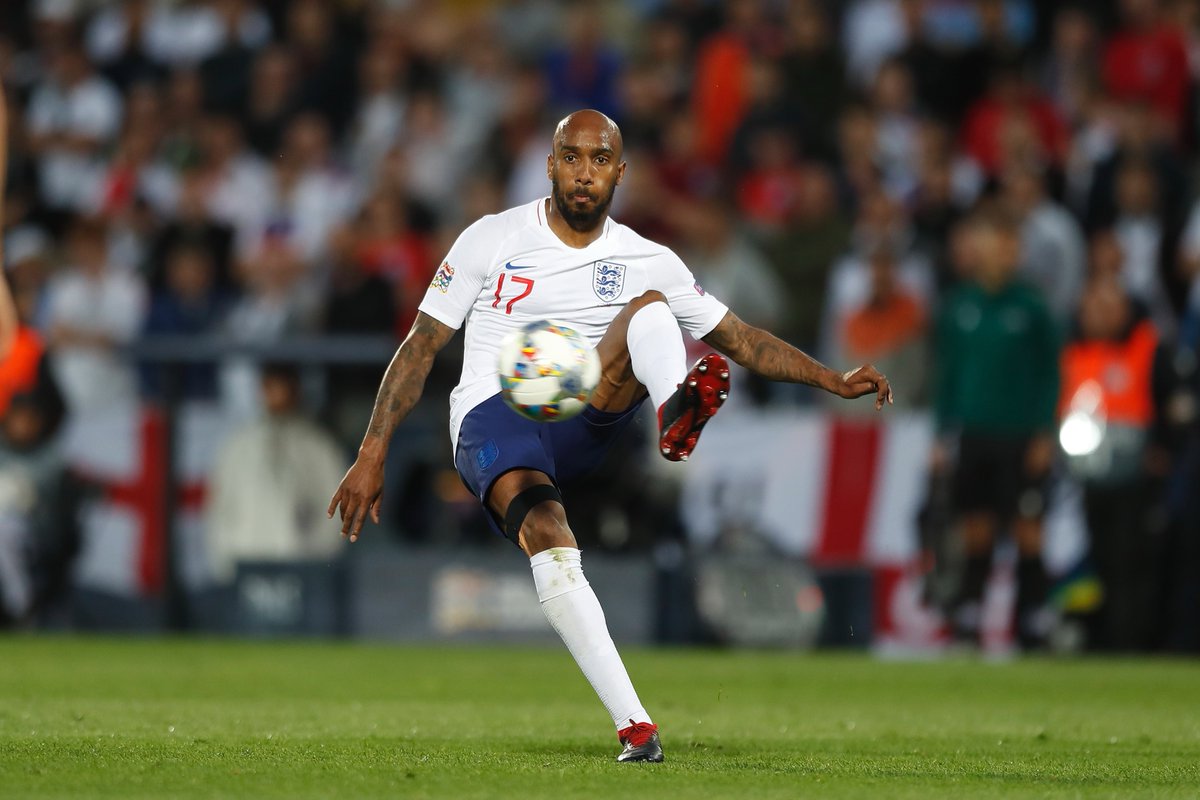 A good start will be key. Everton meet mid-table rivals Wolves and Watford early in the season. Crystal Palace and Bournemouth are big away days in the opening stages while six points will be needed from newly-promoted pair Aston Villa and Sheffield United. The only top six side they will face before November are Manchester City, so failures to get positive results in the first few months could see them really struggle when the games against the big boys come around.

But the squad looks better than it has in a long time, and are maybe only one or two players away from a position where they can put real pressure on the teams at the top. The first two months could make or break their season, as could games against the bottom clubs.

The competition has never been stronger. The stakes have never been higher. Everton must ensure that they only get better.

Is the Premier League turning VAR into WWE?
By Martin Palazzotto

Every major sport on the planet uses some form of video review to support match officials. Only in the Premier League does it fail so woefully. That isn't the system’s fault.…