The general perception is that Scots are frugal in the extreme. Jerry Maguire is not among their all-time list of favourite films. They will not show you the money.

In truth, Scots are like any other large group. Some may be so tight-fisted that the jaws of life couldn’t pry a ha’penny from their closed palms. Others, such as Wimbledon champion Andy Murray and Manchester United’s legendary manager Sir Alex Ferguson give freely to worthy causes.

Unfortunately, economic circumstances don’t help the Scottish Premier League break the unwanted stereotype. The SPL doesn’t need life preservers to swim in the money thrown their way for broadcasting rights like the English Premier League does. They barely get their feet wet.

It shouldn’t be a surprise, then, that the vast majority of player movement within the division comprises loans or transfers of the free variety. To date, only two acquisitions made by clubs not named Rangers or Celtic saw money travel in the opposite direction. Hibernian acquired 26-year-old Welsh striker, Christian Doidge from League Two side Forest Green Rovers for £252,000 and Aberdeen spent £126,000 on 27-year-old midfielder, Funso Ojo, taking the Belgian off the hands of another League Two outfit, Scunthorpe United.

While most of the league’s wealth is held by the Old Firm, the two Glasgow sides must also live within their means. Combined, Gers and the Bhoys have only shelled out £16.1 million on players. Still recovering from the effects of administration, Steven Gerrard’s side only account for a quarter of that action. That will make it even more difficult for the Liverpool legend to halt the Hoops quest to make it nine going on ten consecutive titles.

Dundee’s woeful campaign left no doubt about the deservedness of their fate. With just five wins over the 38-game season, the Dee finished on 21 points, eleven behind St Mirren. After four seasons in the top flight, Dens Park will again host Championship football.

The Saints awaited the winner of the Premiership Playoff semifinal to determine their fate.

After knocking off fourth-place Championship club Ayr United in the quarterfinal tie, third-placed Inverness Caledonian Thistle sought a return to the big time. Runners-up Dundee United barred their path, winning both legs of the semifinal and shutting out ICT 4-0 on aggregate.

The Terrors were a good match for the Saints in a final that ended 1-1 on aggregate. Unfortunately, the penalty shootout was a nightmare for Robbie Nielsen’s side who were unable to convert a single spot-kick. St Mirren converted two to ensure another Premiership campaign.

Championship winners Ross County earned direct promotion and, through no fault of their own, unseated Aberdeen as the northernmost club in the top flight. They’ll have their work cut out to stay up, however, with the labour divided between co-managers Stuart Kettlewell and Steven Ferguson.

The pair have identified several players to improve the squad ahead of the new campaign. Joe Chalmers and Blair Spittal move up with the team after coming over from the two Thistles, Inverness Caledonian and Partick. The pair will bolster the midfield. The club didn’t only look close to home for reinforcements.  They picked up striker Lee Erwin from Tractor Plazi in the Persian Gulf League.

In all, six new players join the ranks.

I don’t know why you say goodbye, I say hello

[Just for the record, I know the difference between a Scouser and a Scot but I’m Gonna Be, Do Ya Think I’m Sexy and Saturday Night didn’t really suit the narrative. Stevie G is Gers boss. Close enough]

Lacking economic incentive, there isn’t much star power coming into the SPL. Scottish football has devolved into a developmental system for the Old Firm and English football, with foreign prospects and reclamation projects coming the other way.

John Terry’s second favourite Ferdinand, Anton, may have reached the end of the line. The 33-year-old was released by St Mirren and is without a club. Former US international and Manchester United defender Jonathan Spector was let go by Hibs. On the other hand, second-generation footballer Sherwin Seedorf left the Wolves U23 side to sign with Motherwell on a two-year deal.

At Ibrox, Steven Gerrard used his Liverpool connections to renew 22-year-old winger Sheyi Ojo’s loan from the Reds. The youngster repaid his faith by immediately shouting from the Ibrox mountaintop that Rangers are better than Celtic. Neil Lennon really wanted to sleep in.

Celtic can reach further into Europe than the rest of the league and used their pull to sign 26-year-old centre back Christophe Julien from Ligue 1 club Toulouse and lyrically named left-back Boli Bolingoli [24] from Rapid Vienna. Julien replaces Dedrick Boyata who signed with Hertha Berlin on a free. Other departures include long-serving left-back Emilio Izaguirre [33] and young Oliver Burke. The Honduran is left without a club. The 22-year-old Scot returns to parent club West Bromwich Albion in the English Championship.

Two potentially important transfers hang in the balance, one on each side of the Old Firm. Depending on who bends your ear, Rangers volatile talisman Alfredo Morelos may or may not be a person of interest for a Chinese Super League side. Meanwhile, Celtic left-back Kieran Tierney definitely has Arsenal’s attention.

Manager Neil Lennon must sweat the next six days until the English Premier League transfer window closes. Either player’s exit could decide the SPL title before the season is properly underway. Gers have James Tavernier and Scott Arfield to fall back upon for goals but the league’s top scorer, Morelos and Jermain Defoe represent a significant portion of the Teddy Bears’ attack. 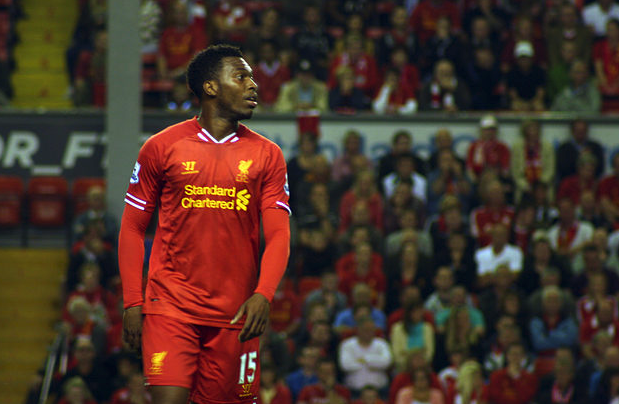 Turkish Football
Turkish_Futbol1
Follow
LATEST | Trabzonspor have made an offer for Daniel Sturridge. He is holding out for better offers but as things stand TS lead the race. Sturridge has never played outside of England and is not totally convinced yet

If both players leave, the door opens wider for other clubs to exert pressure on the Old Firm.

Derek McGinnes and Aberdeen stand at the head of the queue but Funso Ojo isn’t the difference maker they need to truly make the top two sweat. The gaffer brought seven other players in to freshen up the squad.  Their average age is a hair under 26 with Derby County’s 32-year-old midfielder Craig Bryson inflating the number. The four players released by the Dons, Mark Reynolds, Gary Mackay-Stevenson, Graeme Shinnie and Greg Halford  are four years older on average.

Surprisingly, Kilmarnock has been much quieter than the team they pipped to third place on goal difference. The day after the season ended, the Scottish national team Shanghaied gaffer Steve Clarke. Killie replaced him with long-time Antonio Conte assistant Angelo Alessio but haven’t done much else.  Forward Kris Boyd retired and winger Jordan Jones eloped to Rangers on a free. The only addition is 32-year-old d-mid Mohamed el Makrini from Roda JC. Is Alessio operating on the don’t-fix-what-ain’t-broke philosophy or does he just lack the backing to do anything?

Either way, the two clubs should be in the top half of the league again this term, pushing Rangers for second if not Celtic for the title.

Hibs will either be better or worse without Neil Lennon’s temper keeping the board on a knife’s edge. Which remains to be seen. The other Edinburgh side, Hearts, will attempt to hold off St Johnstone’s and a significantly changed Motherwell side for their place in the first six.

In the bottom half, Livingston’s squad became much lighter over the summer, with six players coming in and nine leaving. Meanwhile Hamilton Academic brought in a boatload of new players. Will the largely unchanged St Mirren be chasing a different rival for the safety of tenth place?  Or can Ross County mount a credible survival campaign on a shoestring budget? Paying two managers probably means signing one less player.

Here I am talking about saving money.

Leave a comment
Latest Spl Articles
Can Ianis Hagi make a difference for Rangers this season?
By Tom Clarke

Can Roy Keane kickstart his career in Edinburgh?
By Jonny Keen

There’s a black cloud flying over Edinburgh. With both of the city’s top-flight clubs having dispensed with their respective managers, speculation is raging on who could…