By Mark Dannell
Anthony Modeste Bundesliga European Football Germany Match Preview Pierre Emerick Aubameyang Rb Leipzig Slider Articles Tsg 1899 Hoffenheim
We are back to the beginning in the Bundesliga, the 2nd half of the season has begun and the fight for the title starts here. Game of the weekend is undoubtedly Hoffenheim at Leipzig.

Our weekly preview via Mark Dannell is here: 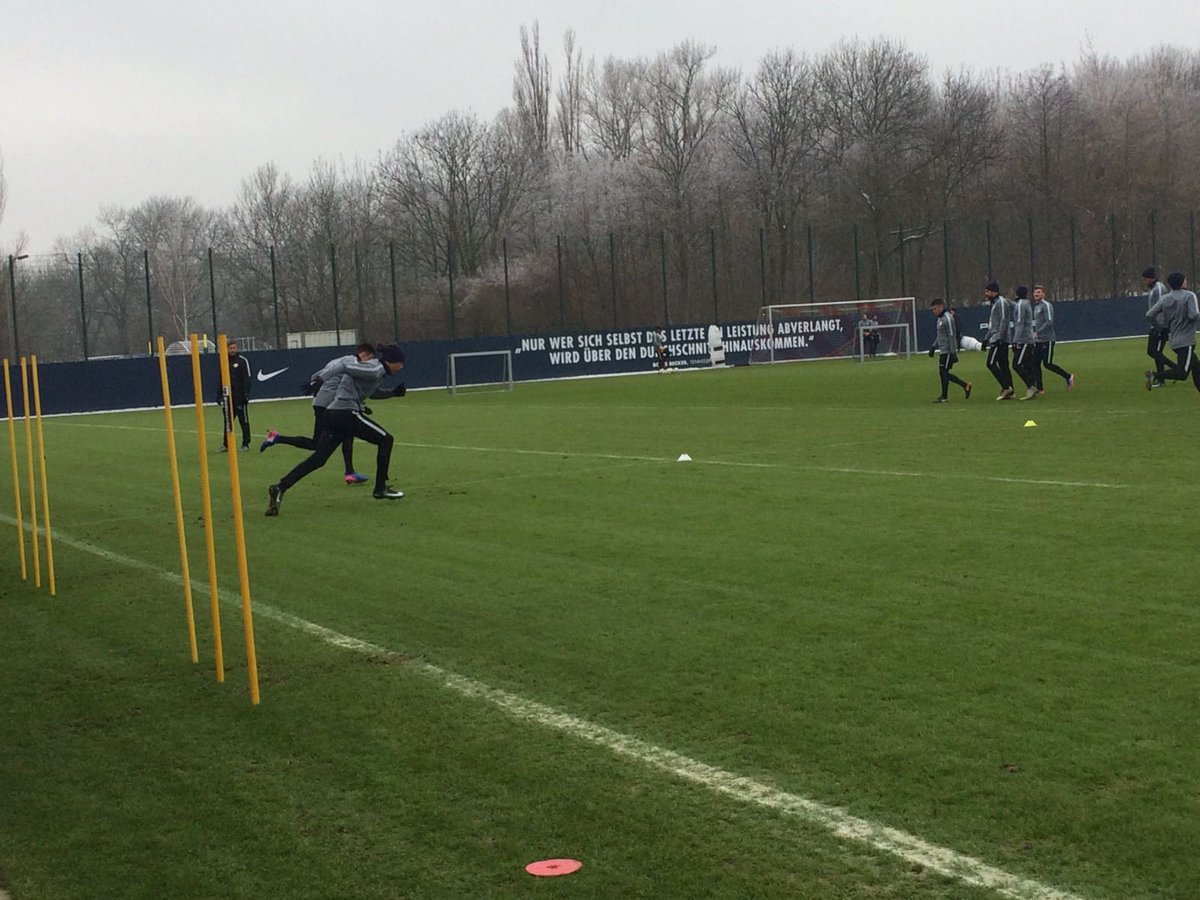 Ordinarily, I would be excited about this fixture but I am tingling with anticipation for Saturday afternoon. Schalke need to continue their positive start and keep pace with the Europa League challengers. Last week was a decent start and a win here would get them to within 5 points of those places.

Frankfurt was hampered somewhat by the rapid sending off of keeper Hradecky last week and will be keen to make amends here. Schalke began the season with a surprisingly limp display at Frankfurt and can ill afford a repeat.

VfL Wolfsburg EN
VfLWolfsburg_EN
Follow
#Ismaël: Maximilian #Arnold is available for selection again.👍👍👍 #WOBFCA
Follow
11:53 AM - 26th Jan 17
1
7
A late win for Wolfsburg last time out will have boosted confidence somewhat while Augsburg was genuinely pathetic at home against Hoffenheim. Another week on the training pitch for the Wolves new recruits should mean increased fluidity going forward and I cannot see past them for the win this week.

Two teams with a point to prove after narrow defeats last weekend face off here and a win for Ingolstadt would see them leapfrog Hamburg, while a win for Hamburg would put some welcome distance between the 2 sides.

In that case lump on the draw which won't do much for either side.

Werder opened the season like a kitten who loves having their tummy scratched against Bayern, crumbling to a humiliating 6-1 defeat which started the very short process of Viktor Skripnik being removed.

Anyone expecting anything other than a Bayern win by at least 2 goals will be sorely disappointed, though, a sluggish start last week against Freiburg was salvaged by some Lewandowski brilliance and Werder is not able to play the kind of game Freiburg were so successful with.

1-0 win for Köln. Anthony Modeste will score. It will otherwise be boring.

If anyone is going to beat Leipzig at home before Bayern come to town on the 2nd last game of the season it is going to be Hoffenheim. So far everyone bar Mönchengladbach has been dispatched, including Dortmund in a classic smash and grab early in the season.

Hoffenheim are on a roll of their own, 17 games unbeaten, Sandro Wagner scoring for fun and the defence is sound. The match up in midfield will be key to the game and Leipzig just about have the edge there, Naby Keita was asked to push forward last week due to the absence of Forsberg and he ran the show. If he can repeat the trick this week then Hoffenheim might finally lose that "0" from their record. 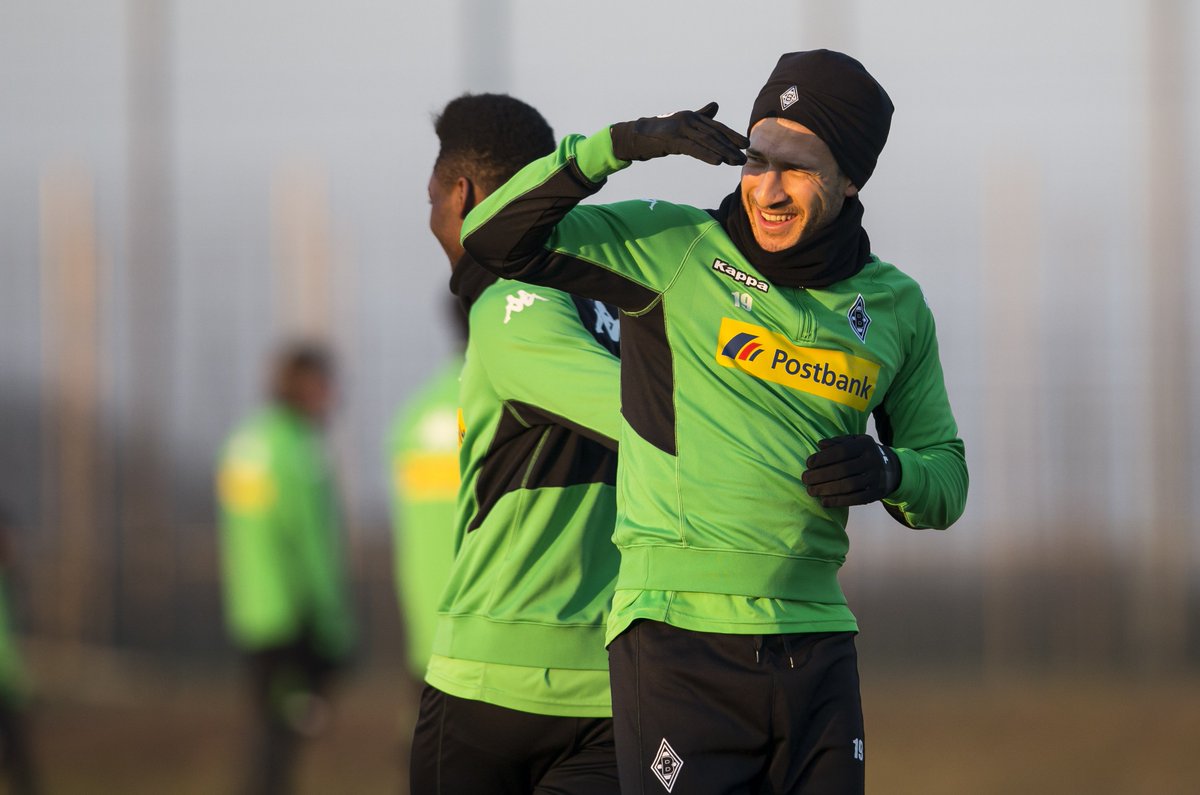 Gladbach
borussia_en
Follow
A change of fortunes on the horizon? 🌅 The #Fohlenelf are working like horses, ready to start the second half of the season in #B04BMG! 🐎 https://t.co/rcaRHDb7UC
Follow
17:28 PM - 26th Jan 17
7
21
When Mönchengladbach defeated Leverkusen on the opening day of the season it was unthinkable that would end up being the highlight so far. However that is how things have panned out, an early exit from the DFB Cup, eliminated from the Champions league group stage (though that was hardly unexpected after landing in a group with Barcelona and Man City) and finally parting company with Andre Schubert after a terrible run of results.

For Leverkusen, things have been a little better, progression through the Champions League group the undoubted highlight. A good start to the post-Christmas fixtures last week against Hertha saw them close the gap to the European places though I think they will be extremely hard pressed to sneak into the Champions League again with Bayern and Leipzig certainties to make it. That being said, another positive result today will breed confidence and they should get it.

Desperately unlucky last week against Bayern, Freiburg provided the blueprint for how to shut down the giants from Munich. If they can replicate that performance this week they should have no trouble securing a point against a Hertha side who were well below par against Leverkusen last week. A point would be a decent result, they cannot afford to get into a negative spiral, last season it cost them a Champions League spot.

One fears for Mainz, Aubameyang will return from the AFCON this week and he is likely to be pretty angry, hosts Gabon tumbled out at the group stage after 3 draws.

Dortmund secured a nervy win last week to hopefully snap the spell of under par results, especially on the road, while Mainz played out an utter snoozefest against rivals Köln on Sunday afternoon. It is difficult to know what to make of Mainz, selling 2 key players in Malli and Clemens seems a strange move to make, especially in the winter transfer window. Time will tell if that proves costly.