The time has almost arrived to judge Unai Emery’s first season as Arsenal manager. After taking over the reins from Arsene Wenger, the Spaniard narrowly failed to achieve a top four Premier League finish. Though he has guided the Gunners to the Europa League final. The matchup against Chelsea in 13 days’ time is important as it not only offers a trophy and Champions League qualification, but also victory will help attract a better quality of player come next campaign.

Arsenal finished just one point behind fierce rivals Tottenham Hotspur to miss out on the top four. Three straight defeats in April - home to Crystal Palace and away at Wolverhampton Wanderers then Leicester City - proved costly. Still, Emery bettered Wenger’s final campaign by finishing fifth, a place higher than the Frenchmen, with seven more points. Further improvements are needed next season, however.

Here are three ways for Arsenal to improve this summer and go a step closer to competing with the elites.

Arsenal’s rearguard has been a major concern for over a decade, and it shows little sign of getting better. This season, they conceded 51 times to record only the Premier League’s ninth-best defence, shipping in three more goals than 13th-placed Newcastle United. The Gunners’ main priority should be to rectify this in time for the new campaign.

Shkodran Mustafi and Sokratis Papastatopoulos have been Arsenal’s most-used centre backs since August, playing 31 and 25 league games respectively. Although it’s a decent pairing, at least on their day, it’s not one which has proven capable of taking the Gunners to loftier heights. Mustafi often makes rash challenges, leaving his teammates exposed. He’s also accustomed to lapses in concentration, which have cost his side at times. Sokratis, meanwhile, can be a steady presence, if not spectacular.

Laurent Koscielny made only 13 league starts this season, yet he remains Arsenal’s most-talented centre back. He has a good reading of the game as well as decent pace and all-round play. At 33, though, and having suffered many injury problems in recent years, including this, the Frenchman can no longer be relied upon throughout a full campaign. His role is somewhat similar to Vincent Kompany’s at Manchester City: a leader who can do the job well, but sporadically.

Arsenal require a quality centre-back to sure up their defence. Several possibilities have been mentioned. Manchester United’s Eric Bailly is among those. The 25-year-old has failed to make a big impression at Old Trafford since signing from Villarreal for £30 million in June 2016. He would be a decent signing; however, there’s a better option out there, one who’s currently plying his trade at Barcelona.

Samuel Umtiti emerged as a world-class defender last year, having helped Barca to La Liga glory before playing a key role in France’s World Cup triumph. He’s been on the periphery of Blaugrana’s starting 11 this campaign, though, appearing in only 14 games in all competitions; albeit a knee injury meant he missed 28 matches. With the Catalans keen on securing Ajax youngster Matthijs de Ligt, the Gunners could, and should, make a move.

After joining from Cardiff City 11 years ago, Aaron Ramsey went on to lift three FA Cups at Arsenal. His overall performance, including scoring 64 goals in 369 appearances, was vital to the Gunners’ cause. In recent years the Welshman’s status became ever more important due to the departures of top talent in Santi Cazorla and Alexis Sanchez. Ramsey signing for Juventus on a free transfer represents a big blow to the north Londoners.

Arsenal don’t have a central midfielder equipped to replace Ramsey’s perfectly timed runs into the penalty box and eye for goal. Lucas Torreira and Matteo Guendouzi, who each proved up to the task in their own right during debut season, are both more defensively minded players. Granit Xhaka, meanwhile, doesn’t possess Ramsey’s athleticism nor his goal-scoring prowess. 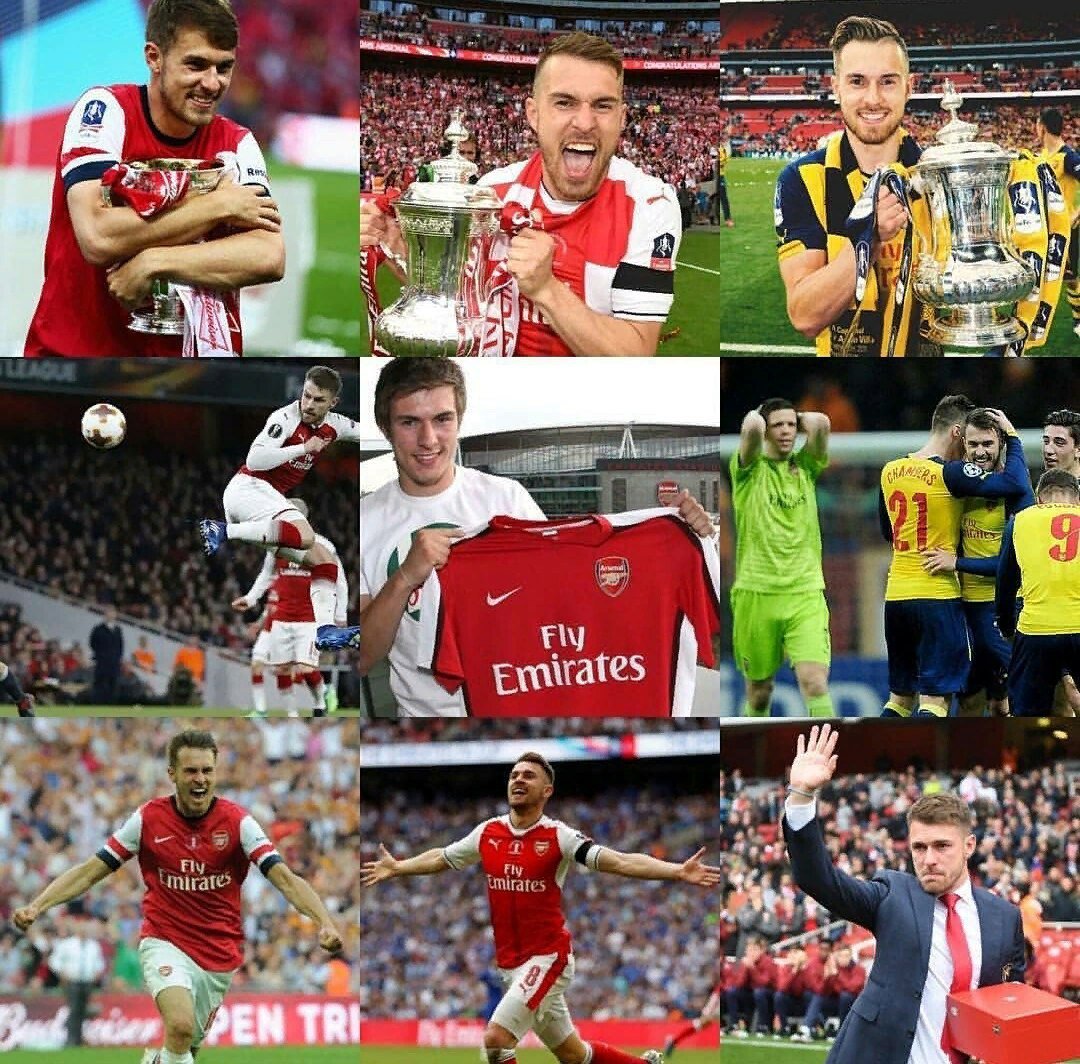 The art of goal-scoring central midfielders is slowly dying. Emery won’t be too concerned by that. He can rely on Pierre-Emerick Aubameyang and Alexandre Lacazette to find the net, leaving his midfielders to concentrate on protecting the defence and maintaining possession. Torreira, Xhaka and Guendouzi are all capable of implementing those instructions. So, perhaps Ramsey’s replacement needn’t come in the form of a central midfielder, but instead a winger. Someone who will provide both pace and width.

Paris Saint-Germain’s Christopher Nkunku has been mentioned. At a reported £30 million, the 21-year-old would be a fairly cheap option. Should Arsenal wish to throw a little more cash, then Wilfried Zaha is perhaps a gamble worth taking. The Crystal Palace wideman has reportedly expressed a desire to move club this summer. He possesses pace, good dribbling skills, and a decent scoring record having struck 19 times during the past two seasons. Zaha could replace Ramsey’s goals while also providing the necessary width to give Aubameyang and Lacazette space in the box.

Arsenal’s recent transfer business shows an unwilling to spend big. The club parted with £71 million last summer, only the eighth-most in the Premier League. Emery can’t do a Jurgen Klopp and splash £142 million, on Alisson and Virgil van Dijk, in order to improve his side’s obvious weaknesses. To reach the top, the Gunners must rely somewhat on bringing through youth.

Arsenal desperately need one new centre-back this summer, at least. Should only one arrive then it’s time to give a budding youngster an opportunity in this position. Rob Holding and Konstantinos Mavropanos, at 23 and 21 respectively, are both good enough to provide adequate cover to Koscielny, Sokratis, and Nacho Monreal.

Further forward, Joe Willock, 19, and Emile Smith Rowe, 18, both have real potential. Willock had made 15 appearances for the Gunners before putting in a performance against Burnley which got fans excited on the Premier League’s final day. Smith Rowe was given six cup games to shine this campaign, in which he found the net three times, prior to being loaned out to RB Leipzig. Another young Gooner who went out on-loan to the Bundesliga, Reiss Nelson will hope to make an impact in North London next season. Having scored 7 goals in 19 appearances during his stint at 1899 Hoffenheim, the 19-year-old is a likely contender to replace the outgoing Danny Welbeck.

"There is a desire to send Eddie Nketiah on loan. Decisions will also need to be made on whether youngsters such as Reiss Nelson, Emile Smith Rowe, Joe Willock and Bukayo Saka are loaned out or integrated into the first team."

There are youngsters at the Emirates who have the potential to play a role in the first team next season. As Arsenal aren’t in the market for £70-million plus stars, they should commit to developing their own instead.