Only very few managers in the world can attempt to come into a major tournament with their team-B; going as far as the final of that tournament with that team would be considered a long shot, but a few days ago, Joachim Low did just that with the German national team.

Low had opted to use the Confederations Cup as the ultimate dress rehearsal where he would get a rare opportunity to test the legs of his second team at a major tournament. To say that the team he chose, surpassed all expectations would be saying the least, the German team were a joy to watch, worthy of the trophy.

In a team full of players with a point to prove, it was no surprise that these guys played out their hearts to get into Low's good books. These five players were the best in the midst of outstanding new faces in the Die Mannschaft's team.

A German made in Italy; the 24-year-old rose through the ranks at VfB Stuttgart before moving to Roma where he caught the eye. Joachim Low gave him a rare opportunity at the Confederations Cup and he duly delivered.

Chelsea manager, Antonio Conte, has long been an admirer of the German with a transfer to Stamford Bridge expected before the transfer window slams shut.

Last season, Antonio Rüdiger played 26 times for Roma, assisting two goals in the process. Rudiger might've not played every game for Germany at the 8-team FIFA tournament, but his performance at the final was simply breathtaking.

Before the Confederations Cup the name, Leon Goretzka was relatively unknown to football fans around the globe but his superb showing at the FIFA quadrennial tournament has sparked interest.

Goretzka got an invite to the Germany national team due to his remarkable season with Schalke 04, one in which he had scored five goals and provided three assists in thirty Bundesliga games.

Alongside Julian Draxler, the 22-year-old was a joy to watch in the World Champions midfield and contributed three goals in their run to yet another global title.

Werner has gained a rising reputation in Germany, his performance for RB Leipzig being key, but he has been a mere afterthought for Joachim Low until the Confederations Cup.

The striker is eligible to play for the Under-21s but took his chance in the senior team with both hands. 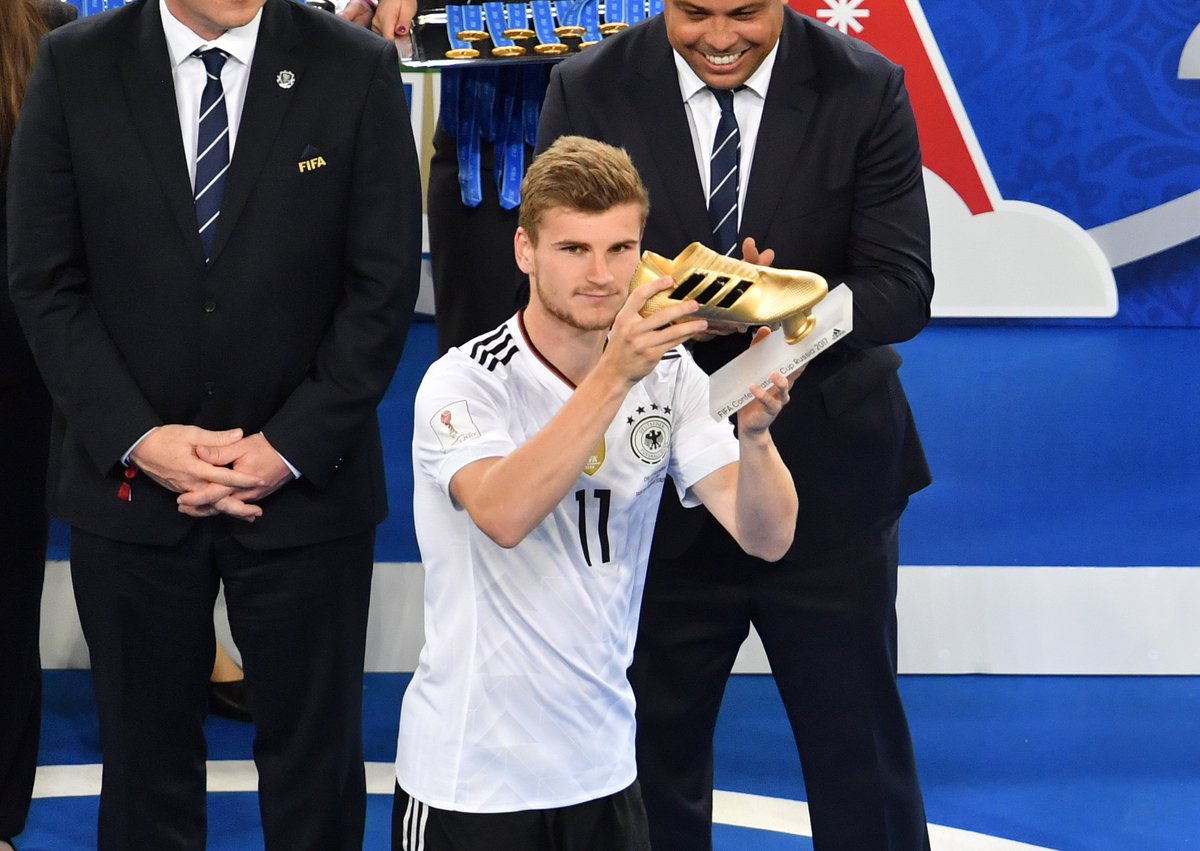 Squawka Football
Squawka
Follow
Timo Werner was directly involved in more goals (5) than any other player at the 2017 Confederations Cup.

Last season, Ginter became a regular fixture in Thomas Tuchel's Dortmund side and it was no surprise he got a look in by Joachim Low for the German senior team, considering he had played understudy to the likes of Jérôme Boateng, Per Mertesacker and Mats Hummels in 2014.

The 23-year-old might've feared another bit-part role at the Confederations Cup when he got overlooked for Germany's opening fixture against Australia. However, he returned to the starting lineup in subsequent fixtures and showed everyone the gem of a defender he is.

With Ginter holding the fort at center back in Low's three-man backline, Germany were almost impregnable.

Ginter by the way, is gradually becoming a serial winner with the Die Mannschaft.

Lars Stindl came to the Confederations Cup with one thing in mind – to prove a point; he did just that. Rapidly approaching 30, the Borussia Mönchengladbach captain was still an outsider with the German national team and needed to change that by making maximal use of every opportunity he got.
The Confederations Cup was the first major tournament for Stindl who only made his international debut in June. The 28-year-old answered Low's call by scoring thrice in the competition including the winner in the final against Chile.