Is FSG neglecting Liverpool's ladies in favour of the men?

The oft-debated football 'gender gap' that evolved over the last 100 years in Britain and abroad is particularly misleading given the equal roots of the game for both sexes. The early 20th century saw the dawn of association football as an entertainment for the masses. At the time, the women's game was able to grow just as quickly as the men's.

The First World War's outbreak created an extensive demand for young men to leave home and enlist in the military, leaving behind many empty football pitches. The country's women were happy to fill the space and the female game flourished to new heights. That continued even after the men returned.

In 1921, the FA felt threatened. Rather than taking the women under their umbrella, English Football's leaders made the decision to ban the women's game. An entire generation of young girls' burgeoning desire to play was restricted. That turned into a half-century. In 1969, the FA rescinded it's ban but felt no obligation to restore the women's game to its former status through investment. The half-century became a full hundred years and the country is only just getting around to levelling the playing field.

When John W. Henry and the Fenway Sports Group (FSG) took over Liverpool in 2010, the club's fortunes drastically improved. George Gillet and Tom Hicks' financial failures had seriously hindered on-field progress, condemning the Reds to a period of mediocre, mid-table placements. Nearly a decade of heavy investment in the squad, management and the ground itself changed all that. Sir Kenny Dalglish pointed the club back in the right direction. Brendan Rodgers brought them back into contention. Jurgen Klopp made them European champions. Now the German is poised to end a 30-year wait for the coveted Premier League title. FSG’s investment in the transfer market brought silverware back to Merseyside. For the men, things only look to be getting better. 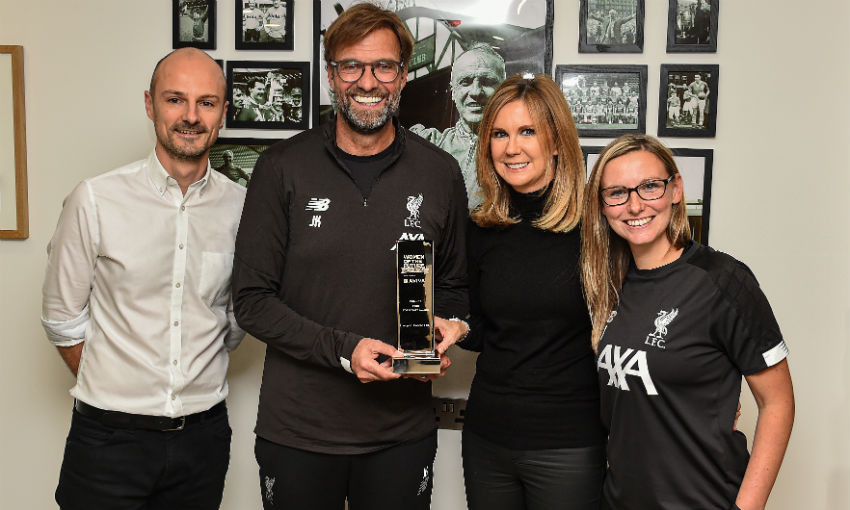 Liverpool FC
LFC
Follow
#LFC has been recognised at the @womenoffuture Awards for outstanding acts of kindness and leadership and work to support and nurture young women in the workplace and rising female talent in sport.

Initially, the new Americans appeared to be a catalyst for success in the women’s ranks at Melwood too. After back-to-back last-place finishes in 2011 and 2012, Liverpool won their first FA Women’s Super League title in 2013 and defended the crown the following season. In this campaign and despite the men’s team arguably being the world’s best, Vicky Jepson’s ladies sit bottom of the WSL, having earned their first point on Matchday 8 with only one goal scored in that span.

This invites the accusation that FSG neglects the women’s game. Is that fair? No Premier League club with a women's side matches the investment in its men. Liverpool’s net spending on transfers in the men’s squad over the last 10 years hovers around £289 million. The women’s set up relies heavily on the recruitment of free agents but the value of paid signings typically remains undisclosed. There's no way to compare spending across the gender gap or even with the WSL's top three clubs, Manchester City, Arsenal and Chelsea and ambitious top-flight newcomers, Manchester United.

After killing the women's game out of self-interest and keeping it down for a century, it's fair to ask whether it's past time the big-wigs and board members of football clubs in England splashed the cash on the women’s game. Certainly, clubs in other parts of Europe do. Lyon and Wolfsburg are Champions League powerhouses that traditional men's' sides such as Juventus, Barcelona, Bayern and Atletico Madrid now eagerly chase. Should the FA do more to boost the WSL's popularity to something approaching its previous level? Or is it valid to say the pervasive propaganda they began in 1921 has embedded itself too deeply in supporters' minds?

Is it right for owners such as FSG, who inherited rather than brought about the situation, to be reluctant to absorb losses in the short term, to consider it a risky venture that the women's game can become a lucrative revenue stream? If such owners write off hope, as Liverpool appear to have done, where does that leave women's football, let alone the Liverpool Ladies?

You'll never walk alone, lad, but leave the missus at home where she belongs. How is that for an optic in modern society?

A friend is fond of saying that God must be a woman because there is no other way Jesus could have catered to a crowd of five thousand with two fish and five loaves of bread. Whether…

Should women be allowed to play in men's football?
By Jonny Keen