Ole Gunnar Solskjaer’s high-flying Manchester United fell to earth on a cold Tuesday night. The Red Devils received a stern reality check from Paris Saint-Germain. Despite missing Neymar and Edinson Cavani, the Ligue 1 leaders outwitted and outplayed United in their own park.

Heading into the game on an 11-game unbeaten streak, one could not help feeling confident about United’s chances. With their two best attackers out, PSG were wounded. United look revitalized under the ever-smiling Solskjaer. The match began well enough, the two sides trading moments in ascendance although the visitors came closest to breaking the deadlock. Then the Norwegian lost his two quickest attackers at half-time. The smile disappeared from his face in a second-half storm. Solskjaer couldn't cover the bitter truth about United’s shaky situation.

The embarrassing defeat wasn’t just the French giants flexing their muscles. Thomas Tuchel’s side deconstructed all the flaws in United’s system. When United became the wounded animal, the Parisians went in for the kill. One-time United star Angel Di Maria endured verbal abuse and hurled objects throughout the affair. Ashley Young joined in the fun with a shoulder barge that sent the Argentine tumbling into the ditch between the playing surface and the stands. Di Maria responded in the best manner, creating both PSG goals.

Kylian Mbappe weaved his magic with another well-taken goal to put the match away. However, his post-match frustration at wasting other opportunities demonstrated the mentality United need.

In  Ole Gunnar Solskjaer’s first real test during a full month of them, he couldn’t produce an effective plan B. Alexis Sanchez was almost nonexistent. Juan Mata's lack of pace killed his creativity. Many felt Romelu Lukaku should have been the first substitution, his muscle giving PSG defenders a different problem.

One player wouldn't have made a difference on the night, though. PSG played as a unit with critical performances from role players. Marquinhos and Thilo Kehrer ably neutralised United’s biggest attacking threats, Paul Pogba and Anthony Martial.

Presnel Kimpembe was given a lifeline when the match official refused to show him a second yellow card for hauling down Marcus Rashford from behind when the United forward was on the ball. The embattled centre-half was on the pitch to score the opener from Di Maria's free kick. Marco Veratti dominated the midfield when he was only expected to play for an hour in his return from injury. 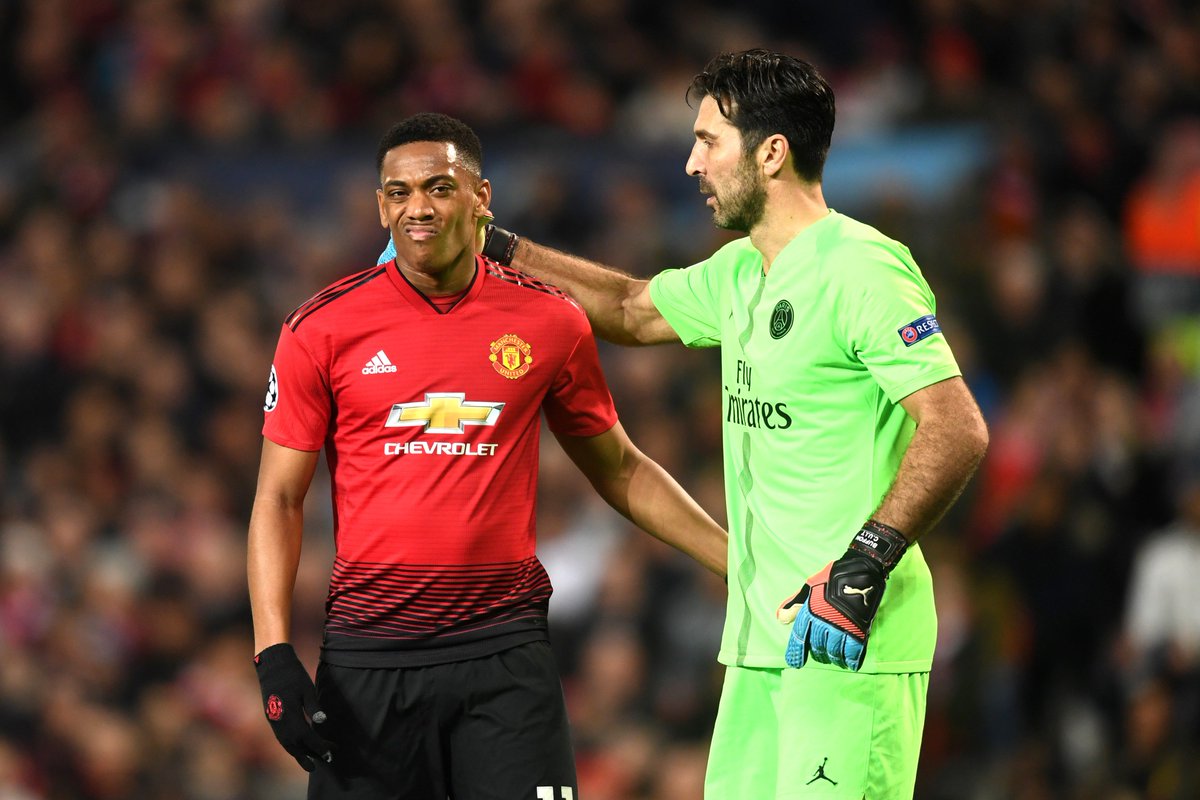 Things were too easy for PSG. The last time they visited England, an energetic Liverpool side came back to oust them 3-2. United was neither lethal nor creative. Gianluigi Buffon did little between the sticks because there was little to do. The second half proved how dependent United are on Anthony Martial, Marcus Rashford and Jesse Lingard.

There was little creativity offered from midfield. Marquinhos marked Pogba off the pitch. Nemanja Matic was forced to shield the defence. Ander Herrera was torn between helping one or the other. United had neither the depth nor versatility to cope.

Thomas Tuchel looked like a genius but it was United's lack of a threat from the right flank that allowed him to focus on the opposite side to such great effect. Ashley Young attempted to get forward but he hasn't the skill or quickness to force opponents into double-teaming him. The continued absence of a forward who can penetrate from the right flank finally cost Solskjaer.

Lingard is a stop gap in that role and so is Lukaku. Mata isn't one to stay wide either, always looking to find space in the middle or on the left. alexis Sanchez provided nothing upon entering the match. Needed on the right, he's always in the middle or on the left because it's what he prefers. The highest paid player at the club, he showed no interest in doing a job for the club, no fighting spirit. Even the positive-minded Solskjaer admitted he can’t do anything to help him. The Chilean's days at Old Trafford must be numbered.

After answering every question domestically to this point, the setback demonstrated to the squad just how much work remains. Reinforcements are necessary for United to regain their status as European heavyweights. At the moment, they're far too light.

How will Manchester United cope without Marcus Rashford?
By Bradley Owen