Of the 20 goals Peterborough United have scored this season, which is the most in the division, the deadly front three of Marcus Maddison, Mohamed Eisa and Ivan Toney has scored 19.

In nine games so far The Posh have won four, drawn two and lost three. Their success has been hugely dependent on the potency of their star trio. On Saturday, when they failed to get a goal between them, they lost 2-0 at Doncaster.  But when they're fully fit and firing it's something to behold. 6-0, 4-0 and 3-0 wins have all come courtesy of the goalscoring exploits of Messrs Eisa Maddison and Toney. We're still in September.

League One’s answer to the much-heralded frontline of Sadio Mane, Mohamed Salah and Roberto Firmino will be hoping to lead the Posh to promotion this year under Darren Ferguson; who embarked upon his third spell in the London Road hot-seat back in January.

After eight goals and a league-high 15 assists last season, Maddison was heavily linked with a move to Hull in the summer but eventually signed a one-year contract extension with Peterborough. You get the impression that it could be a case of promotion or bust for the 26-year-old.

To his credit, Maddison has not allowed off-season speculation to negatively affect his performances on the field, having scored five and setting up a further six already.

Sudan-born Eisa had a record-breaking spell at Cheltenham which began back in 2017. He broke the club’s record for most goals in a season (25) during the 2017/18 term and won a hat-trick of honours at the club’s end of year awards ceremony.

His success at Whaddon Road earned him a move down the M5 to Bristol City but he struggled to make an impact at Ashton Gate before moving to Peterborough at the start of this campaign. He has hit the ground running scoring six in his first nine games.

Tomey finished as Posh’s top scorer in 2018/19, with 15 goals to his name, which helped guide Peterborough to a seventh-placed as they missed out on the play-offs by a single point. This time around, he has picked up where he left off and leads the way in terms of goals scored with eight.

Maddison 26, Eisa, 25 and Ivan Toney, 23 will be integral if Ferguson's men are to earn promotion but, when you consider the calibre of teams in League One this season, many of whom were in the Premier League not too long ago, Peterborough should not reasonably expect to force their way up to the Championship.

The most that they could realistically hope for is a play-off place with Sunderland, Ipswich, Coventry, Blackpool, Portsmouth, Rotherham and Oxford all boasting higher budgets and bigger squads.

That being said there are few, if any clubs in the division with a more devastating strike force currently and Posh have previous in this regard. Over the last decade, they've seen an astonishing number of prolific strikers pass through London Road; but largely to no avail.

If Peterborough fails to make it back to the Championship for the first time since relegation back in 2012/13, history suggests they are almost certain to lose one or more of their current attacking trident...

Aaron McLean scored 29 league goals which helped fire Peterborough from League Two to League One from League Two in 2008, and a further 18 goals the next season as Posh secured back to back promotions and a place in the Championship. However, after relegation back to League One in 2009/10 McLean handed in a transfer request and eventually moved up to the second tier with Hull City in early 2011.

The same season McLean headed north, Peterborough earned promotion again, thanks largely to the goals of Craig Mackail-Smith.  The Scot's 35 goals in all competitions were the most in a single season since Terry Bly's tally of 54 back in 1961 (incidentally that Peterborough side remains the record holder for the most goals in a single season, 134).

He didn't stick around, though, instead moving to Brighton for a deal thought to be worth £2.5million... 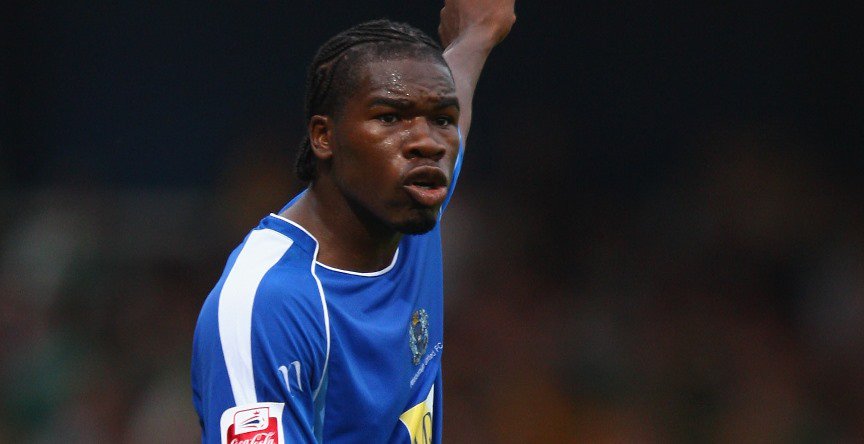 bet365
bet365
Follow
Taking Peterborough from League Two to League One and then to the Championship, Craig Mackail-Smith and Aaron McLean became one of the Football League's deadliest partnerships between 2006 and 2011.

After relegation from the Championship in 2013, Posh lost another prized asset when George Boyd, who had scored 75 goals in just shy of 300 appearances, signed for Hull City.

The list goes on. After helping Peterborough lift the Football League Trophy in 2014, while scoring 33 goals in 58 appearances, Britt Assombalonga was snapped up by Nottingham Forest after Posh missed out on an immediate return to the Championship.

Connor Washington filled the hole left by Assombalonga and finished as Peterborough's top scorer for both the 2014/15 and 2015/16 seasons.  Inevitably, as Posh finished League One in 9th and 14th in those two seasons, Washington was also tempted away; he signed for QPR in 2016.

The most recent departure of a Peterborough goal-merchant is Jack Marriott who, after scoring 33 goals in 56 games during the 2017/18 season, was signed by Frank Lampard at Derby County.

The solution to this problem is obvious and if Peterborough wants to have any chance of holding on to their current front three they must earn promotion this season.

Past evidence makes for bleak reading for Posh fans but some may be able to take comfort in the fact that London Road seems like a conducive environment when it comes to nurturing those with an eye for goal. They can be optimistic that even if they do lose one or more of their current crop of attackers it is clear that the club is more than capable of finding and honing the skills of another...