Rodri completed his long-awaited move to the Premier League on Wednesday. Joining Manchester City from Atletico Madrid for a club record £63 million, the Spanish midfielder will have sights set on claiming a starting role as quickly as possible. Is Pep Guardiola’s thought process working along the same line?

Rodri, full name Rodrigo Hernandez Cascante, made his way at Villarreal, making 43 appearances for the club’s B side before earning his first-team debut in December 2015. The youngster’s instantly recognisable talent tempted Atletico into paying close to £18 million for him last summer. Only thirteen months later, he brought in two-and-a-half times more.

That profit is warranted. Rodri took this past season’s La Liga in his stride, amassing 32 starts along with four goal contributions. He formed an effective midfield trio alongside Saul and Koke, to aid Los Rojiblancos to a second-place finish while ensuring Champions League qualification for the seventh consecutive campaign under Diego Simeone.

Rodri’s broken into Spain’s national team, too. He appeared 16 times at various youth levels before making his full international debut in March 2018. The 23-year-old has gone on to earn five more caps, with his most recent coming in last month’s 4-1 Euro 2020 qualifier victory away at the Faroe Islands. He’s expected to play a key role in upcoming games for Robert Moreno’s side.

In Guardiola’s as well. The City boss required another defensive midfield option to Fernandinho. Ilkay Gundogan is a capable ball player but doesn’t offer enough grit in big contests. The German’s better equipped to sit alongside a steady presence in order to provide his full lot going forward. Fabian Delph isn’t suitable, either. The Englishman’s appearances were halved this past season after being handed 22 run outs in 2017/18. He’s reportedly no longer wanted at the Etihad. His exit is perhaps a step closer due to Rodri’s arrival.

Manchester City
ManCity
Follow
We announced him, now get to know him! Introducing Rodri! 😍

The Madrid-born’s anticipation coupled with his passing range helps to stop opponents in their tracks then launch counter-attacks. In this past campaign’s La Liga, he averaged three interceptions per game, the division’s joint-second highest, while maintaining a 91% pass accuracy. His status as a technically gifted holding midfielder has drawn a comparison to Barcelona’s Sergio Busquets. Speaking in October, former Spain coach Luis Enrique bought into the similarities, saying: ‘He (Rodri) can reach Busquets’ level and maybe surpass it. Who knows what limits he has’.

The player Rodri now aims to displace, Fernandinho has protected Man City’s backline during two successive title triumphs. Since joining six years ago, the Brazil international’s garnered a wealth of experience, racking up 270 competitive matches. Those sit with his 53 international caps, which reached that number having recently taken part in two Copa America games en route to Selecao claiming glory on home soil with Sunday’s 3-1 victory over Peru. Fernandinho’s ability to break up play, high concentration level, and comfort in possession mean he remains a major asset to the Citizens.

Rodri’s task, then, is a difficult one. Even more so when considering he must adapt from La Liga’s leisurely tempo to the Premier League’s faster, at times, chaotic pace. That shouldn’t prove a problem for someone of his quality. What could, though, is adjusting from Diego Simeone’s defensively-minded tactics to Pep Guardiola’s attack-based, open system. The two managers are polar opposites in how they set up their sides.

There’s no such issue for Fernandinho. He’s flourished under Guardiola’s tutelage since summer 2016. However, now 34, how much longer does he have to give? Busy scheduling could soon catch up to him. His 500 fewer league minutes this past campaign to last is potentially a significant sign. Missing 15 matches through five separate injuries is another. 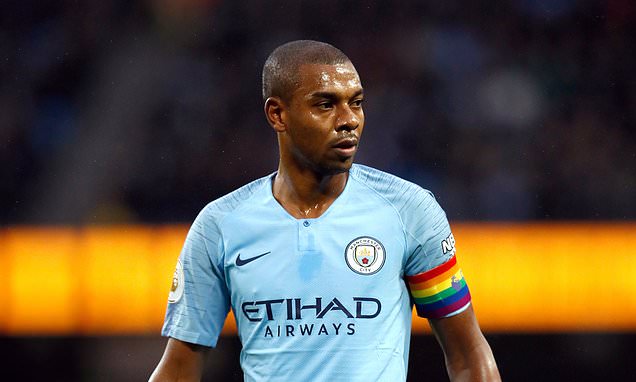 Guardiola has this in mind. He’ll phase Fernandinho out gradually in favour of Rodri. His method was similar when addressing City’s central defence. On joining in January 2018, Aymeric Laporte began as the fourth choice behind Vincent Kompany, Nicolas Otamendi, and John Stones. The Frenchman’s game time has since increased to the point in which he’s now the club’s standout centre-back. A second example is attacker Phil Foden, who’s being groomed as David Silva’s long-term successor.

Guardiola will afford Fernandinho a prominent role next season as he aims for a third straight title in addition to that elusive Champions League. The Brazilian must make the most of what time he has left. As his twilight draws ever nearer, Rodri is waiting to pounce. Expect the younger man to take over as City’s regular defensive shield before long. Most likely prior to the new year kicking in, depending on how quickly he acclimatises to Manchester.