West Ham United are finally on the right path. The club is in its most stable state during the tenure of owners David Gold and David Sullivan. After the sex-toy magnates finally decided that going big works just as well in football, the Hammers finished dead centre in the Premier League last season, nowhere near the relegation scrap.

Under former Manchester City boss, Manuel Pellegrini, the Iron were particularly good at some things and particularly bad at others but the reason for their finish is nothing but inconsistency. Injuries played a part but on their own didn't mandate the constant change of styles and formations or certain players' unreliability. Nor was the problem limited to one area of the squad. It permeated the team.

In the summer, Pellegrini moved to address those matters with Gold and Sullivan's backing. Let's break it down.

Star striker Marko Arnautovic left the club. A dynamo one day, a sulker the next, the Austrian's exit removes the most destabilising influence in the dressing room. His mind was clearly not in the right place since a January offer from Shanghai SIPG turned his head. Like Dmitri Payet before him, it was necessary to let the Austrian go despite his undeniable talent.

Sebastien Haller arrives from Eintracht Frankfurt to take up the mantle. With Andy Carroll also gone, the Frenchman is a shrewd acquisition who embodies both stars. Haller is the complete forward: fast, tall, powerful and technical. After hitting the ground running in pre-season friendlies, he can only improve once he is fully acclimated to Pellegrini's tactics and his new teammates' tendencies.

Former Villarreal and Malaga standout, Pablo Fornals was bought for £24.5 million. Another promising youngster, the attacking mid can play across the final third. He ticks all the boxes and pulls fans out of their seats. The 21-year old also shone during pre-season and looks the part in an excellent attacking unit.

West Ham Gossip
westham_gossip
Follow
Pellegrini: "Of course, I'm happy to see Haller out there. It's his first game he's new. I think also for other new players like Fornals & Yarmolenko who is coming back in them, I think we have creative players who can give to Haller, to Chicharito, to Antonio & they must score.” https://t.co/jd4pcF60A4
Follow
18:24 PM - 27th Jul 19
5
63

Anderson is expected to kick on after a promising debut season but also needs to become more consistent. The Brazilian is positioned to be the main man in the side but must do the simple things right and focus on his decision making.

Yarmolenko did an unfortunately accurate Jack Wilshere impression last season, suffering a long term injury, but looks back to his old self in summer friendlies. Lanzini, too, is rediscovering his magic.

Snodgrass, Antonio and Chicharito are all squad players who provide experience and depth. The 21-year-old Diangana may need a loan to find the minutes to develop his game.

Of the surviving 17 Premier League sides, West Ham drew blanks most often despite their array of talent. Retooled and stronger in depth, the pressure is on to produce regularly.

Talking about making the most of the pre-season, Jack Wilshere is not looking back. The Englishman has been the Hammers’ best player on tour and will be hoping to replicate those performances when the ball is finally kicked in anger. Spoiler alert: the ex-Gunner's fitness is Pellegrini's greatest concern.

Declan Rice is the balancing act. The young Englishman-cum-Irishman-cum-Englishman is reliable once he knows which shirt he's going to wear. His physicality is needed in the West Ham midfield. The link between defence and attack, he recycles possession and protects the centre-backs with composure beyond his tender years. West Ham appears to have fended off all suitors for the 20-year-old and he is saying all the right things regarding his commitment to the club ahead of Matchday One.

Club captain Mark Noble has a major part to play, even at 32. His experience and know-how are vital, especially considering the offensive talent West Ham possess.

Carlos Sanchez is another of last summer’s signings who suffered a major injury. The Colombian hopes to displace Noble from the first XI after Pedro Obiang’s move to Sassuolo.

These three will provide steel and lay a foundation for the attackers but, in a squad that has an extensive medical history, it would be ideal to have a little more cover. 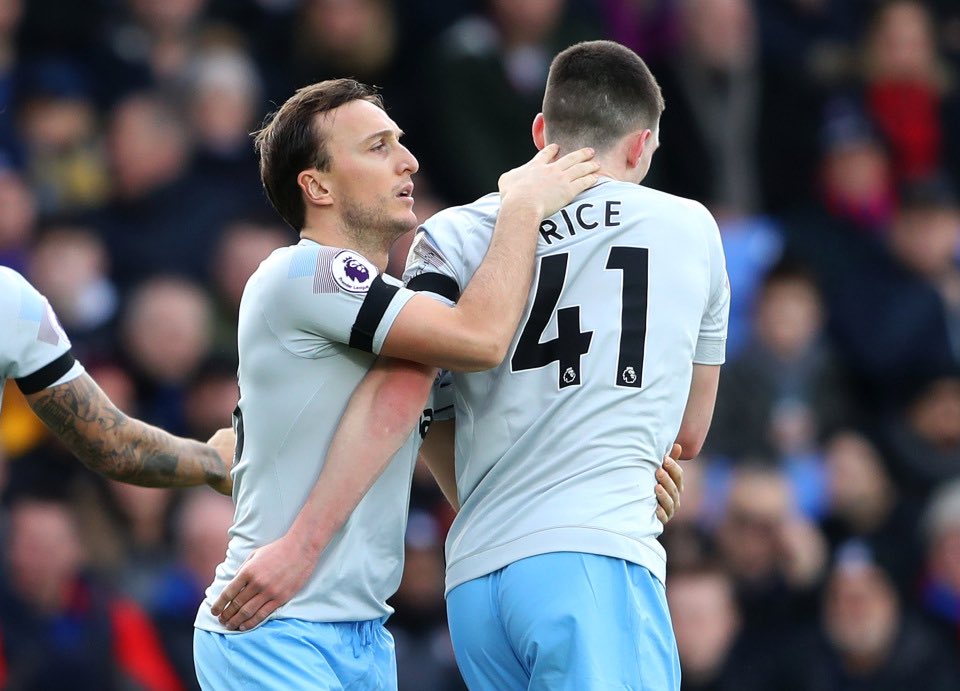 Ironwork Tours
IronworkTours
Follow
Joe Cole: “Declan Rice is very tactically astute. Declan has got an old head on young shoulders and is in the right position at the right time. Credit has to go to Mark Noble as well, who I know looks after him and acts as a mentor...I think he's done the right thing in staying.” https://t.co/mYdrSanHct
Follow
12:15 PM - 31st Jul 19
12
277

It's a little further back where the real issues lie for Manuel Pellegrini. West Ham conceded more chances in 2018/19 than the prior campaign due to their over-emphasis on attack. Pellegrini must install a more balanced system. He's not at Manchester City anymore. The midfield, on occasion, leaves the defence exposed. At other times, Rice finds himself outnumbered. While Issa Diop and Fabian Balbuena are a solid pair, another body is needed.

Winston Reid has just recovered from [cough] a major injury, Angelo Ogbonna is not good enough. Reece Oxford has left the club. The Hammers are linked with Aaron Long, the MLS Defender of the Year in 2018. The American will come in a for a mere £4 million and be a key utility player. That said, Major League Soccer is not the new Serie A.

West Ham possesses a pair of fullbacks who hold promise. Ryan Fredericks and Arthur Masuaku expect to take over from the experienced but ageing Pablo Zabaleta and Aaron Cresswell. We're not talking Trent Alexander-Arnold and Andrew Robertson here, nor Aaron Wan-Bissaka for that matter. But the young pair are as serviceable and a bit more energetic than the greybeards.

Meanwhile, youngster Ben Johnson can play on either side and has turned heads in the pre-season. Whether Pellegrini is ready to trust him in the real world remains to be seen.

Upgrades are needed at the back but the Chilean boss can protect his current group with slightly more conservative tactics.

Lukasz Fabianski is coming off a record-breaking season, keeping out 14 more goals than he should have, surpassing David de Gea’s 13 in 2017/18. Fabianski made 148 saves in total. That level of performance is not sustainable in the long term. He'll need more help from his defenders this season. While there is no denying the former Arsenal and Swansea keeper’s excellent shot-stopping, new signings Roberto and David Martin have been made to provide cover. 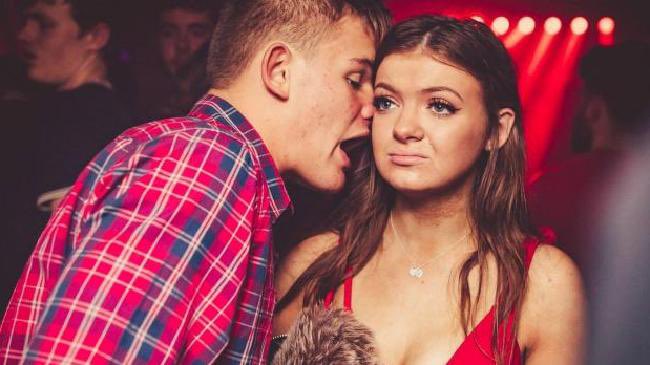 Pellegrini is the perfect manager to steer this ship. His previous work at Villareal and Malaga suggests as much. While last season was not a success considering the investment, Pellegrini’s ideas did inspire. He remained calm even during winless runs, believing in himself and his players. The Chilean’s 4-1-4-1 system looks like the best bet after experimenting with many different formations during the last season. Although not helped by a long injury list, West Ham’s shape improved as the campaign progressed. So did their passing and attacking play. While his project is far from complete, Pellegrini has shown he is the man to bring West Ham forward.

West Ham's attack can take out any defence in the Premier League on their day. The midfield has a good blend of everything. The defence needs improving but the keeper is fantastic. While West Ham is far from the Top 6, they are among the teams poised to break into the sextet.

Their opening fixtures are a mixed bag. The Hammers face both the Manchester sides, two promoted teams and two mid-table sides in the early doors. Pellegrini will hope for a better start than last season when they lost their first four. To achieve that, the Chilean must put out his best XI or at least a consistent rotation without too much tactical tinkering. If he does, the players should settle.

Still a work in progress, they are my dark horses for this season. While the Europa League might be a step too far, eighth place is within their reach. Fans at the London Stadium can expect exciting football from their side.

When Leroy Sane stalled negotiations for a new deal with Manchester City, Bayern Munich paid attention. With two years remaining on his contract entering this campaign, City made every…

3 positions Chelsea must improve next season
By Bradley Owen