It's said that one man’s loss is another's gain. The same can apply to clubs in the transfer window. Arsenal opted for Nicolas Pepe, possibly closing the door on Wilfried Zaha. It's also said that when one door closes, another opens. Cue the blue half of Merseyside.

Everton bid £52 million for Zaha last week. While that bid was rejected, the Toffees reportedly returned with another, two days ago. This time, James McCarthy and Cenk Tosun will go to Selhurst Park along with £55 million in cash. The two departures free up wages to pay the new star man but how does this deal affect Marco Silva's side?

Everton’s priorities this summer included a centre back, a defensive midfielder to replace Idrissa Gueye, who left for Paris Saint-Germain, a winger and a striker.  Jean-Philippe Gbamin is touted to be the Senegalese’s replacement. Meanwhile, Marco Silva still speaks fondly of Kurt Zouma and Moise Kean is a rumoured target to be the new centre forward. Zaha is the winger that Director of Football, Marcel Brands and Silva covet. Why not? There is a lot to like about the Ivorian.

Zaha is Premier League proven. He has consistently terrorized defences in England for years. He knows the territory even if he's exchanging London for Liverpool. The 26-year-old put up excellent numbers for a mediocre Crystal Palace side. His ten goals, five assists and six penalties won amounted to better than 40% of the Eagle's 51-goal output in 2018/19. At one point in his time with the club, Palace went more than a season without winning a single point without Zaha in the lineup. 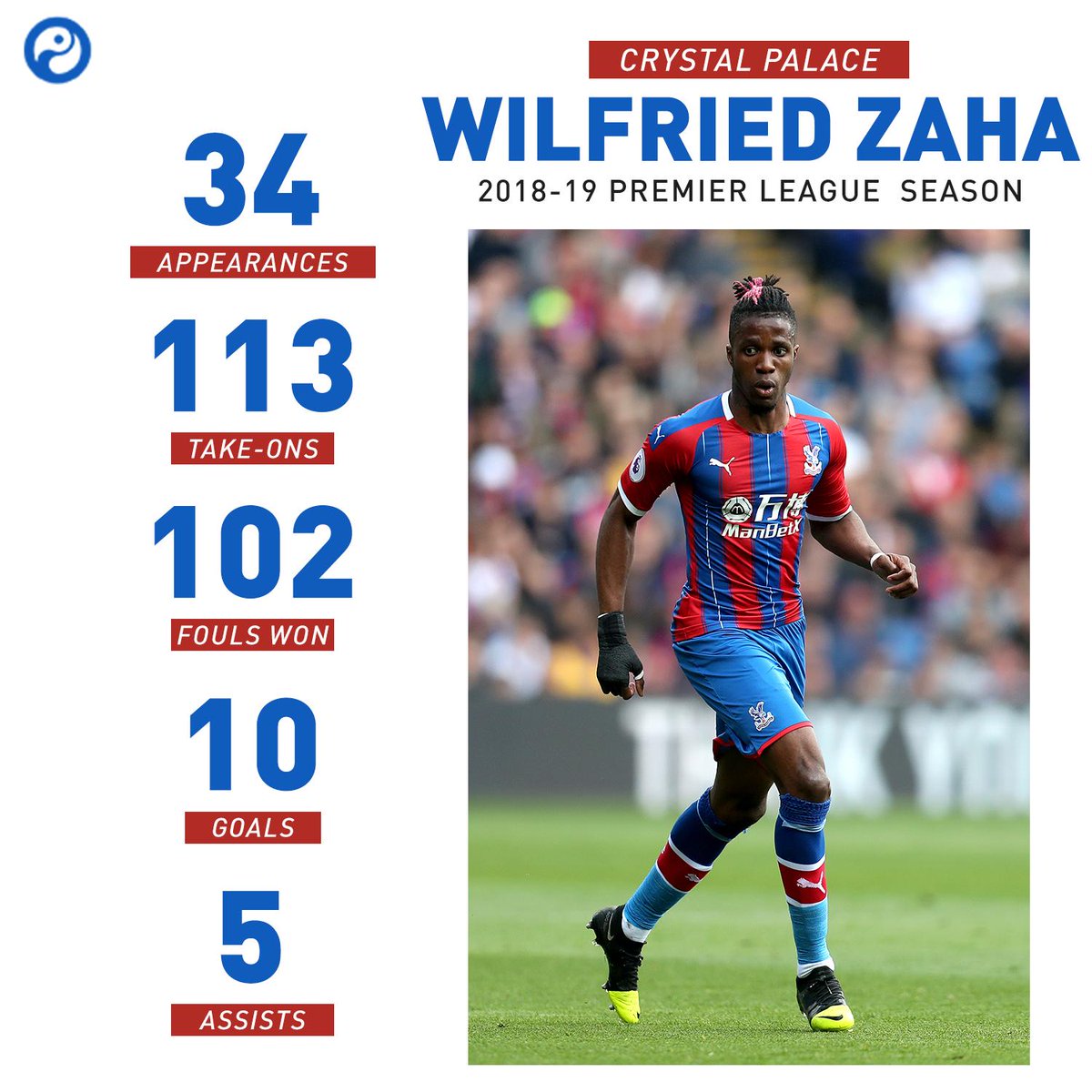 As an attacker, Zaha is as versatile as they come. He can play up top or on either wing in Silva’s 4-2-3-1. His best form might come off the left with Richarlison manning the other flank and Gylfi Sigurdsson making things tick as the No.10 while Dominic Calvert-Lewin or Moise Kean lead the line.

Zaha can also serve as a false nine as he did more often than not last season. Zaha’s movement, hugging the touchline, running the channels or dropping deep, create havoc for the defence and space for his teammates. The 5'9" forward gives Silva options, instantly improving the squad's quality and depth, with Bernard’s wizardry and Theo Walcott’s pace welcome off the bench.

Statistically the second-best dribbler in the Premier League last season, behind Eden Hazard, it is practically impossible for defenders to stop him. Their frustration was evident. Zaha was fouled three times per game.

Roy Hodgson's main man created 52 chances in the Premier League last term. His passing and link-up play in the final third will come in handy for the Toffees, especially against stubborn deep blocks. He may not be the ideal young signing Brands typically makes but he is a player entering the peak of his career, someone who would make an instant impact as Everton vie for European football.

Zaha has all the weapons in his arsenal to fire the Toffees to Europe, a destination he seeks as well. Most importantly, he has the end product to justify the hype and end product is exactly what Everton require.