The evolution of Adama Traore

Before this season, Adama Traore had played in three different Premier League campaigns and scored a grand total of one goal. This term, despite being deployed as a right wing-back for much of it, the Spaniard has four goals already. Three of those came against reigning champions Manchester City - the most recent being the first goal of a memorable 3-2 comeback to inflict further damage on the title defence of Pep Guardiola’s side. Traore is a player not unfamiliar to the Catalan magician, as the winger was emerging from Barcelona’s famed La Masia academy in Guardiola’s final season in charge at Camp Nou.

Adama joined La Masia at just eight years old after being spotted playing for a local side CE L’Hospitalet. He worked his way up Barcelona’s academy, making his first-team debut at the age of 17, replacing Neymar during a 4-0 win over Granada in November 2013. The Spaniard born to Malian parents, scored his first goal in December of the following year in an 8-1 Copa del Rey win over SD Huesca.

The pacy winger joined Aston Villa in search of more first-team opportunities in August 2015 for a reported £7million and made 11 Premier League appearances, before being dropped from the squad due to alleged disciplinary issues.

A switch to Aitor Karanka’s newly-promoted Middlesbrough followed after Villa’s relegation from the Premier League, and the manager showed his faith in Adama by granting the winger 27 appearances. However, despite showing his pace and trickery on the flanks, he produced just one assist and no goals.

Adama stayed at Boro after experiencing his second Premier League relegation in as many years. He had a more fruitful term in the Championship, producing five goals and ten assists in 34 appearances under Garry Monk and then Tony Pulis. He picked up Middlesbrough’s Fans’ Player of the Year award, as well as the club’s Young Player of the Year and Players’ Player of the Year awards. However, his end product was still criticised. The player was up there with the highest in the league in terms of take-ons, but wasn’t producing the goods in front of goal. 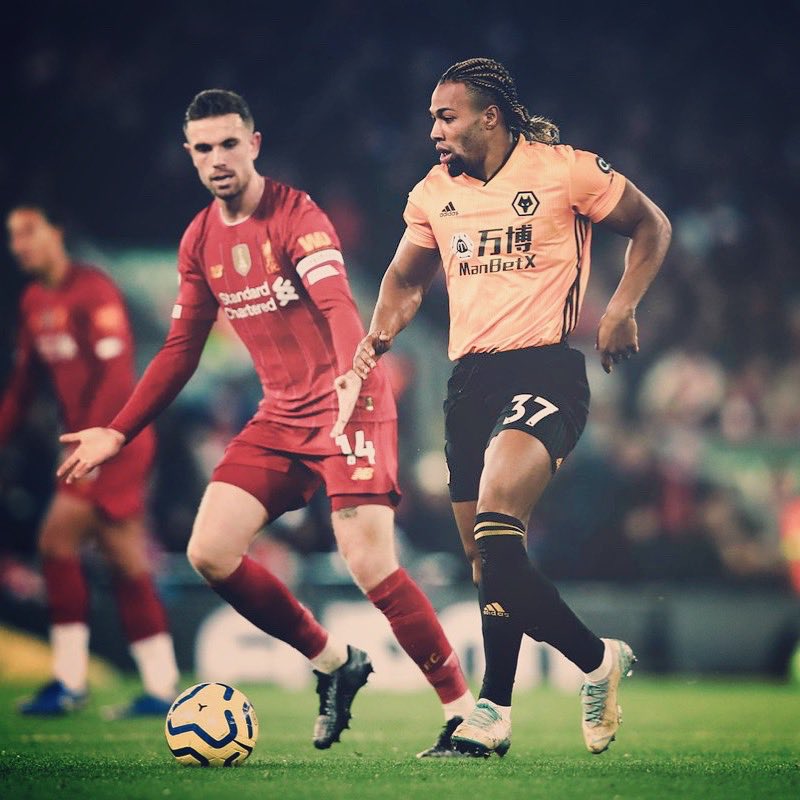 Adama Traoré Diarra
AdamaTrd37
Follow
Despite defeat, we finished the final game of the year with great work by the whole team. We have to learn from it and continue to improve. https://t.co/y0dNV25xBo
Follow
20:27 PM - 29th Dec 19
127
3557

Nuno Espirito Santo’s Wolves swooped for Adama in August 2018, the fee reported to be around £18million. He made 36 appearances in his first season at Molineux, 11 of which coming from the middle of Wolves’ attack as his manager tried playing him up front. However, in his 1,255 minutes on the pitch last season, Adama managed to score just one goal.

Soon to be 24 years old, Adama has come of age this season. After beginning the campaign as a right wing-back, Espirito Santo has decided to utilise the dangers of Adama’s forward play by employing him further up the pitch, in recent months as an inside forward. As well as his four goals and four assists in the Premier League, Adama has played ten times in Wolves’ Europa League campaign, netting once in a 3-3 group stage draw with Braga.

Only Wilfried Zaha (103) has completed more take-ons than Adama this season (94), with the Crystal Palace man having played 243 more minutes. As well as his lightning pace, Adama has incredible upper body strength to use against defenders – exemplified in his assist for Raúl Jiménez’s equaliser against Manchester City on Boxing Day. With Benjamin Mendy attempting to shepherd the ball out of play for a goal kick, Adama barged in and won the ball from the full-back before squaring to Jiménez who finished it off. More than four years in English football has improved the physical side of the winger’s game, making him tough for opposition defenders to handle.

It was evident all along that Adama had the attributes to be a top winger, on one condition – that he could improve his end product. With two goals and an assist in his last three starts, it looks like the Spaniard is doing just that...