Is Ajax set for a mass exodus?

AFC Ajax is famed for its youth academy. In times past, the Dutch giant has natured talent such as Frank de Boer, Clarence Seedorf, Dennis Bergkamp, and Johan Cruyff. More recently, Toby Alderweireld, Jan Vertonghen, Wesley Sneijder, and Christian Eriksen have all come through the system. Each of those eight ultimately left for a new challenge abroad. Considering the Amsterdam side’s success this season, many current stars could follow suit in coming months.

Ajax have been a revelation during past ten months. They won the Eredivisie title as well as reached Champions League semi-final stage, producing stunning victories over both Real Madrid and Juventus en route before falling to a 96th-minute Tottenham Hotspur goal. Their achievements wouldn’t have been possible without the sublime, consistent performance of certain individuals - most notably, imposing defender Matthijs de Ligt, ball-playing midfielder Frenkie de jong, skillful winger Hakim Ziyech and lethal forward Dusan Tadic.

One departure already confirmed is De Jong’s. Like so many before him, the 22-year-old has traded Ajax for Barcelona, with the two clubs agreeing on a £66 million fee in January. The Dutch champions must now be cautious. Remember Monaco? After reaching Champions League last four and securing domestic league honours, the Principality sold off several key men, including Benjamin Mendy and Bernardo Silva. The true consequence bided its time until this campaign when they only narrowly avoided relegation, finishing 17th in Ligue 1.

It goes without saying Ajax will be determined to retain as many of their top players as possible this summer. Here are five whose futures remain in question.

Ajax’s undisputed number one goalkeeper for past three years, the Cameroon international continued to impress during 55 competitive appearances this season. His strong reflexes, among other standout attributes have piqued a Premier League superpower.

Manchester United reportedly had a undisclosed bid turned down for Andre Onana two weeks ago. With David de Gea’s future uncertain, the Red Devils would be foolish not to consider potential replacements. Whether they will up their offer to match the apparent £35 million asking price remains to be seen. 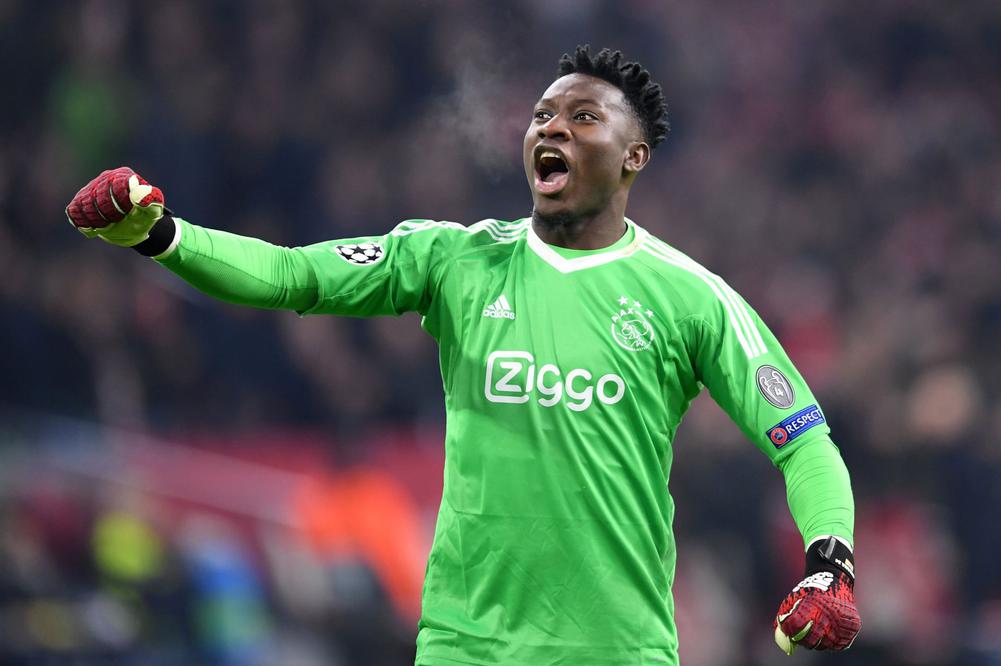 Verdict: it’s not Onana’s time to leave the Johan Cruijff ArenA. Keepers have a longer shelf-life than outfield players. At only 23, plus having recently penned a new deal until June 2022, he has plenty of future opportunity to make his big move.

The race for Ajax’s captain is perhaps the hottest one going right now. While Barcelona remain in pole position, Man United are also in the running. A report on Wednesday stated the player’s agent, Mino Raiola, a notoriously difficult negotiator, is holding out for financial reasons. United may cough up what Barca won’t. Don’t rule out Manchester City and Real Madrid getting in on the act, either.

De Ligt would be an asset to any club. Not only a reliable, all-round central defender with an accomplished passing game, he’s also a leader who steps to the fore in crucial moments. His tie-winning goal away at Juventus last month was proof of that.

Verdict: at 19, De Ligt can already be judged in Europe’s elite centre-back category. Signing him for £60-70 million would prove a steal. A move away beckons for the newly-crowned Dutch Footballer of the Year.

The 20-year-old has made a mark on Ajax in past two campaigns. Following on from netting 13 times in all competitions, he notched 16 goals in this. Deployed either as a central or attacking midfielder, his dribbling along with finishing prowess would no doubt improve already-top teams.

Three of such are Tottenham, Juventus, and Real Madrid. Each are rumoured to be interested in Donny van de Beek’s services for next season. If he is to switch sides then Spurs would perhaps offer his best chance to continue flourishing on a regular basis. 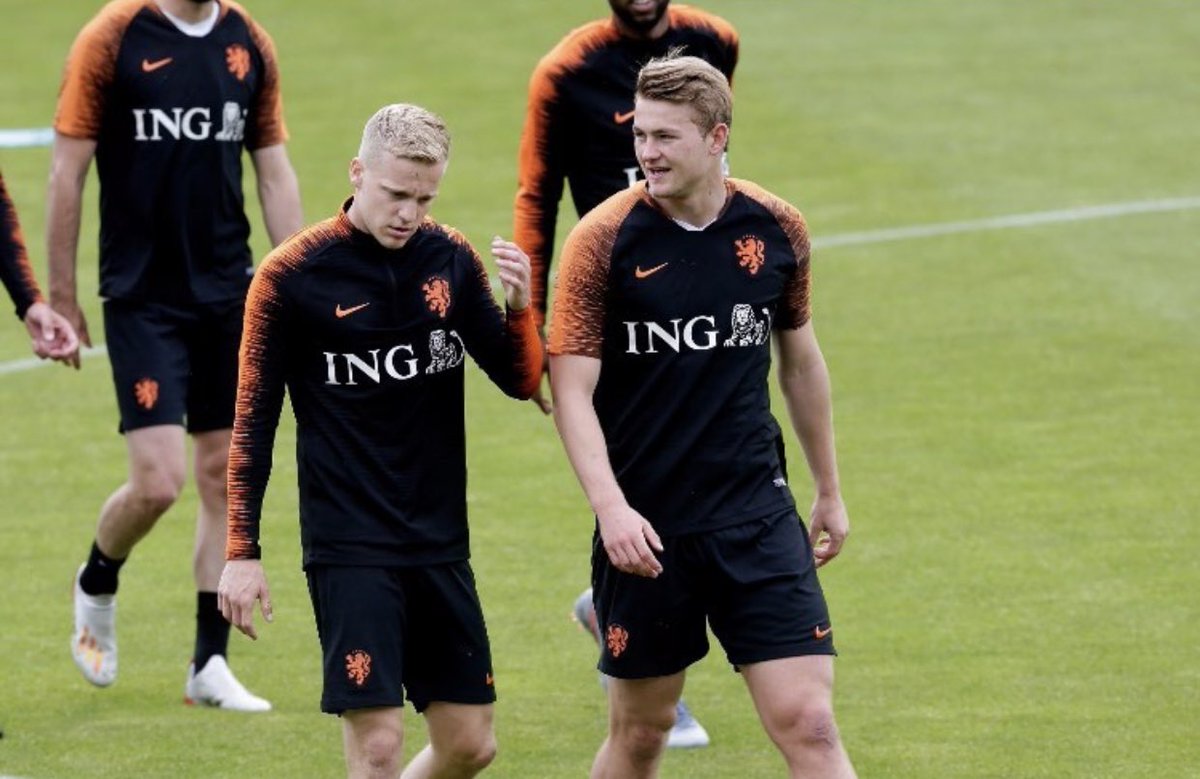 Verdict: Ajax stand to make approximately £130 million from De Jong and De Ligt. Therefore, selling the £45-million rated Van de Beek isn’t necessary. The player himself has stated that remaining for a further year ‘could be very good.’

Since first donning for Sons of the Gods in 2016, the Morocco international has earned Eredivisie Team of the Year selection on last three occasions. Mostly playing on the right wing, he struck an impressive 16 league goals this season, adding five more in Europe. His performance has attracted more than a few admirers.

Reports suggest Arsenal will activate Ziyech’s £25-million release clause. He possesses the technical talent, both in a creative and goal-scoring sense, which would be welcomed at the Emirates. He’s described a move there as his ‘ultimate dream.’ Other European heavyweights are circling too, though, including Chelsea and Bayern Munich.

Verdict: Ziyech is almost certain to leave Ajax in very near future. The club’s sporting director, Marc Overmars confirmed as much two weeks prior. It’s now seemingly in the 26-year-old’s hands.

The versatile Brazilian is turning heads, too. Atletico Madrid reportedly want him to replace the outgoing Antoine Griezmann. Merseyside rivals Liverpool and Everton are also in the mix. Should the 22-year-old become available, expect a hard-fought transfer battle to commence.

Mainly operating from either right or left of attack, David Neres found the net 12 times this term. Putting his outstanding dribbling ability and link up play to good effect at club level helped in earning him Brazil selection for the upcoming Copa America.

Verdict: similar to the Van de Beek situation, Ajax shouldn’t be desperate to cash in on the £40 million or so that Neres would bring. He still has room to improve as well. His best bet is to remain in Amsterdam, for another year at least.

There are several other highly-marketable talents within Sons of the Gods. Right-back Noussair Mazraoui, left-back Nicolas Tagliafico, and forward Kasper Dolberg may all lure bids before next season gets underway. Moreover, what of Tadic? The Serbian attacker scored an incredible 38 times during his debut season after joining for a bargain £10 million. He was the Champions League’s joint-third highest scorer with six goals. Such form has apparently alerted Real Madrid.

Worst case scenario, four or five influential players will walk away from the Johan Cruijff ArenA in this transfer window. Even should that happen, though, in Erik ten Hag, there's a manager capable of ensuring stability. The 49-year-old proved his expertise by completing a domestic double recently. If needs be, he can delve into Ajax's gifted youth again to help build another formidable outfit.