Albert Adomah ended his three-year association with Aston Villa this summer, after his worst season to date. The 31-year-old went 11 months without scoring in the Championship and netted only four goals in 39 games in 2018/19.

Despite his demise at Villa Park, Adomah has since resurrected his career at Nottingham Forest and looks back to his best. The Ghanaian international has re-captured his scoring touch while setting up goals for his teammates; he could play his part in taking a third Championship club to the Premier League.

In 2017/18, Adomah enjoyed his best campaign in an Aston Villa shirt, scoring and creating 22 goals in all competitions and taking the club to the Championship play-off final. But after Villa missed out on promotion, things fell apart for the winger.

Adomah endured a goal drought between mid-March 2018 & mid-to-late-February 2019, while he wasn’t making a big impact in games and was in a dispute with the Midlands club over his expiring contract. The man from Ghana wanted more years than Villa were willing to offer. This led to his release in July...

Adomah’s move to Forest could not have gone better, however. The 31-year-old has contributed five goals in seven games in all competitions, averaging a goal or assist every 63 minutes. He’s also scored three in his last four outings. Sammy Ameobi has so far been preferred to Adomah on the wing, but manager Sabri Lamouchi may consider a change given recent form.

Despite making only two Championship starts, the Forest winger has created one chance every 38 minutes, one successful dribble every 57 minutes, one shot every 45 minutes while whipping in a cross every 23 minutes. He’s not afraid of the defensive duties either, averaging a tackle (5) or interception (1) every 38 minutes. Adomah looks a shrewd acquisition from Forest. 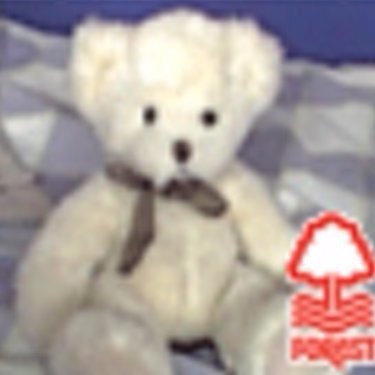 Hannah Forest 🔴⚪️⚽️
hannahforest
Follow
Adomah wins Player of Month for August with 51% of the vote. He scored three goals, including one against arch rivals Derby in the Carabao Cup. #nffc https://t.co/Sl5Pq4NfGl
Follow
18:01 PM - 1st Sep 19
0
0

Adomah won promotion to the Premier League with Middlesbrough in 2015/16 and Aston Villa in 2018/19. Forest could be the third club he’s helped into the top division in just four years. The Reds are currently 10th in the Championship with nine points from their first six games, but they’re unbeaten in their last five and have taken points from four sides in the top-seven – Charlton Athletic, Leeds United, Fulham and Preston.

In all competitions, Lamouchi’s men have won four and drawn three of their last seven games and have kept three clean sheets for their troubles, too. Forest shouldn’t be underestimated this term and Adomah could be key to their success – only Lewis Grabban (4) has contributed more goals in the squad.

Adomah has scored and created 125 goals in 377 Championship games for Bristol City, Middlesbrough, Villa and Forest – one goal every three games on average. In the last nine seasons, he’s averaged just shy of 14 goals and assists per campaign. The Ghanaian has been consistent down the years but had just one notable blip at Villa that contributed to his departure.

He’s now proving his worth at Forest, however, and could be making his former employers regret letting him go. The Villans strengthened well over the summer with Anwar El Ghazi, Jota and Trezeguet joining Jonathan Kodjia in the squad, but Adomah has more league goals than all four players put together. Time will tell if he can lead his new club to glory this season...