Allan Saint-Maximin is starting to prove himself at Newcastle. His unpredictable flair and pace provide the attacking spark for Steve Bruce’s defensive-oriented Newcastle side.

The 22-year-old winger arrived from French club OGC Nice in the summer for £16.5 million. He made a slow start to life at St James Park, coming on as a late substitute in a number of early-season games. The Frenchman didn’t complete a full 90 minutes for the Toon until the 1-1 draw with Wolves in late October.

Saint-Maximin’s playing time was then disrupted by recurring thigh and hamstring injuries, leading to seven games missed in December and January. He returned to action in the 1-0 win home to Chelsea, completing the entire match and setting up the winning goal in injury time with an inch-perfect cross for Isaac Hayden's header.

Since his return, Saint-Maximin's consistency stands out with chances created in every game. In the 0-0 draw against Norwich at the beginning of February, Saint-Maximin was Newcastle’s man of the match. His five shots led the squad. He completed the most dribbles with six and shone with a 95% passing accuracy. Subbed off by Steve Bruce with 10 minutes remaining due to fitness concerns, his performance nevertheless flashed the talent the Frenchman displayed at Nice where he scored 11 goals and set up 14 assists over the previous two seasons.

The winger followed up that showing by firing Newcastle through to the fifth round of the FA Cup against Oxford. His late winner in extra-time was another example of why Newcastle bought him in the summer. Picking up the ball out wide, he took on two defenders before finishing emphatically to win the game for his side.

In the 4-0 loss to Arsenal on Sunday, Saint-Maximin was the best player for Newcastle again. Arguably his best performance of the campaign, it was a shame it was wasted in an otherwise comprehensive defeat. He gave Héctor Bellerín a torrid time; the Spaniard couldn’t get a grip on him. The Frenchman’s pace, directness, and crossing provided a constant threat. Overall, Saint-Maximin made three key passes, completed six successful dribbles and hit the post.

Unfortunately, that creativity went unfinished and the host of missed chances for the Magpies left him a frustrated figure. Newcastle may only be an established striker away from scoring more goals. Joelinton's hold-up play is strong but he struggles to make the scoresheet. The Brazilian's winner against Tottenham in August remains his only Premier League strike although he's added a pair in FA Cup play. Toon languish as the top flight's second-lowest scorers with 24 goals from 26 games. Bruce can only hope Saint-Maximin's continued good form affects others in the squad.

While he still logs just one assist and two goals this season, Saint-Maximin is developing into a major threat for Newcastle. His dribbling ability and unpredictable nature give defenders fits. Only three Premier League players, Adama Traore, Wilfried Zaha and Emiliano Buendía, take on more defenders than the Frenchman this season and he has played considerably fewer games. Without a doubt, he is Steve Bruce's primary playmaker. If he can remain fit and consistent, Saint-Maximin stands to ensure Newcastle remain in the Premier League and progress further in the FA Cup. 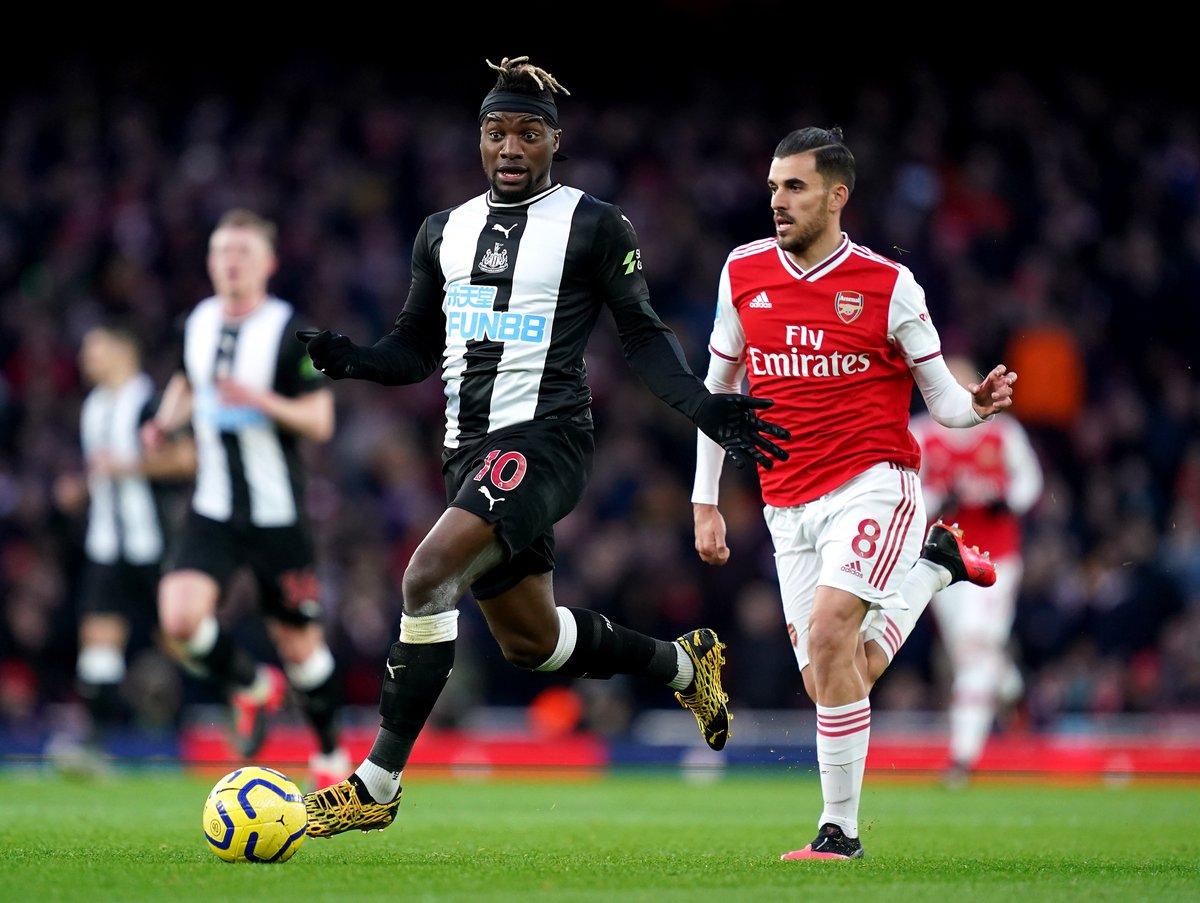 Squawka Football
Squawka
Follow
Allan Saint-Maximin completed 4/5 take ons in the opening 45 minutes, at least twice as many as any other player.