Alvaro Morata is on a hot streak scoring at a rate of a goal per game over his last half-dozen appearances. His superb run of form comes at the best possible time for Atletico Madrid. Off the pace in La Liga, the Rojiblancos need a lift. It's also ideal for Spain as they prepare for next summer's European Championship.

This hot streak comes close on the heels of another of a different kind. With a two-goal cushion, Diego Simeone took his foot off the pedal in the second half against Real Mallorca on Matchday 6. With maximum points assured, the Argentine sent on Angel Correa and Morata for Vitolo and Diego Costa.

Barely two minutes later, Morata saw two yellow cards. First, he confronted Mallorca defender Xisco Campos when the defender slid dangerously into a tackle. Morata then had words with the match official, leading to his second yellow and a red. On the sideline, Diego Costa smiled like a proud father. The 27-year-old’s rage continued. Before walking down the tunnel, he picked a fight with Mallorca midfielder Salva Sevilla for no apparent reason. Costa's intervention averted blows. Finally, he took out his frustration on a journalist in the mixed zone.

The Spaniard often cuts a frustrated figure when things don't go his way. He had a big grin on his face during his first season at Chelsea but turned into a monstrosity in his second. The result was more cautions than goals.

Morata was feeling the pressure before Campos' tackle, before he stepped on the pitch. He hadn't found the net since the season's opener against Getafe. The Spaniard missed the Madrid derby and when he returned, there was no difference. Simeone stuck with him. Finally, the turning point came in the Champions League. 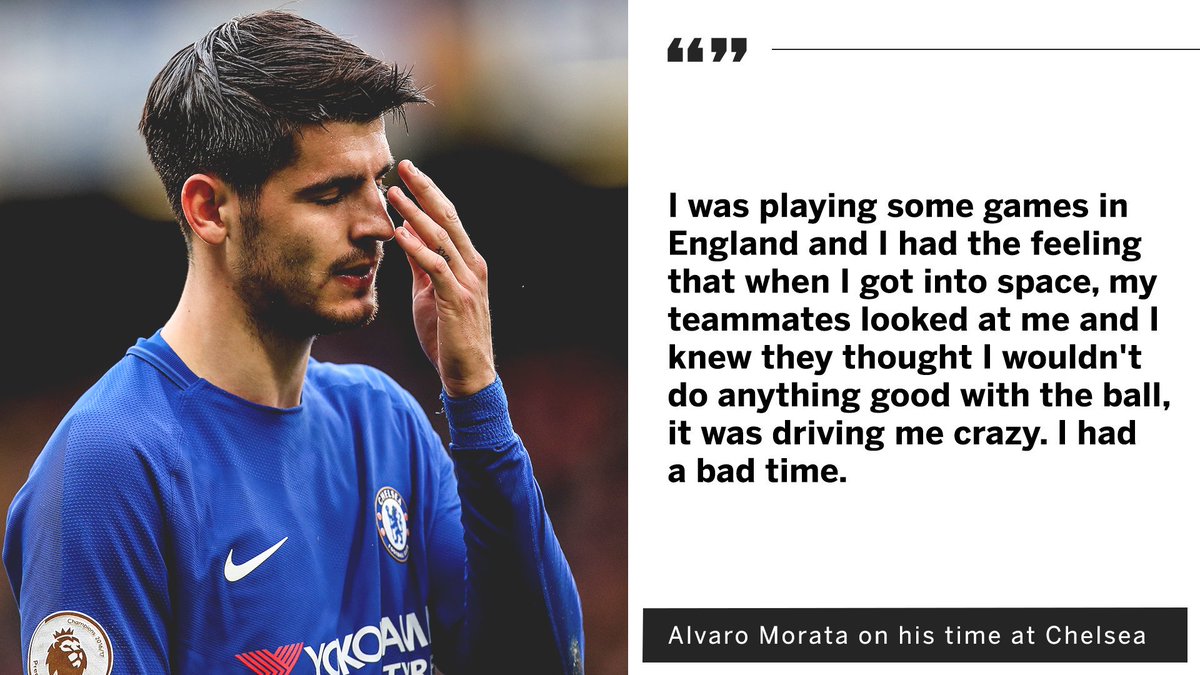 Morata made the difference less than 10 minutes after replacing Costa, striking for the only goal in the match against Bayer Leverkusen at the Metropolitano. In a game of few chances but many mistakes, neither team came close to breaking the deadlock before the on-loan Chelsea star scored with a powerful downward header from a Renan Lodi cross in the 78th minute. From then onwards, the goals flowed freely for the Madrileno.

Morata found the net in each of the subsequent matches and provided an assist as well. The usually sombre poacher is bright, full of confidence and life. No longer an impact sub, he is now Simeone's first choice, ahead of Costa, leading the Rojiblancos goal charge.

Atletico still trails Barcelona and Real Madrid by a point albeit both hold a game in hand. As usual, goals are a premium for Simeone's stalwart group. Their 15 in 13 matches is bettered by all but one team, Athletic Bilbao, in the top ten. Morata provides more than a third. This isn't much of a surprise following Antoine Griezmann's departure.

Headers, tap-ins, follow-ups, long-range volleys, set pieces with either foot. At the moment, Morata shows clinical traits with every touch, flaunting an uncommon knack for being at the right place at the right time. His upturn in fortune can only please new Spain boss, Robert Moreno.

La Roja is through to next summer's fiesta without a recognised poacher in the attack. They will need one when the tournament proper gets down to brass tacks. Should the former Juventus and Real Madrid forward keep up his form, he could be his country's first choice in the summer. For the time being, however, he must prove his mettle against Romania and Malta.