Andre Villas-Boas has come an extremely long way from his time at Porto where he enjoyed his breakthrough as a manager. He led the Portuguese giants to an undefeated 2010–11 season in the Primeira Liga, winning four trophies and becoming the youngest manager ever to win a European title in the process. Since then, he has managed in England, Russia and even China with Shanghai SIPG.

His time in the Far East was marred by controversy but Villas-Boas steered the side to a second-place finish in his only season in charge. The Portuguese's return to Europe with Marseille is proving fruitful thus far. The French side has struggled in the last few years despite changes in the dugout. For a club that is amongst the most successful in the country, while remaining the only French side to win the Champions League, even making it into Europe's premier competition has turned into a huge ask.

At a time when Paris Saint-Germain is dominating on French shores, Lyon and Lille have led the way for the best of the rest tag, often claiming the remaining Champions League spots. Les Phoceens have had to settle for a Europa League place as a result. But Villas-Boas is set to change the narrative.

After a slow start to the campaign, the side is now holding firmly to the second position. Although that has coincided with Lyon struggling in the league this term, Marseille's change in fortunes is a reflection of the manager's impact. The Portuguese won three trophies during his time in Russia with Zenit Saint Petersburg and will be looking to add to the collection in France. After Wednesday night's win against Nantes, Paris Saint-Germain now sits five points clear at the top of the pile with a game in hand. But the moneybags have shown some inconsistency this term which could play into Marseille's hands if this continues throughout the season. 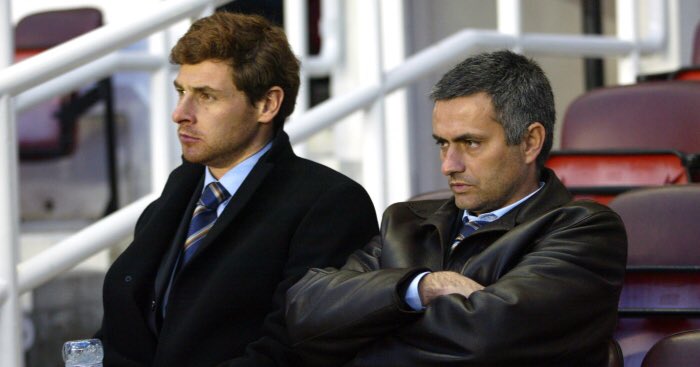 The former assistant of Jose Mourinho has Marseille 2nd in Ligue 1 only five points behind PSG.

Let's not forget that AS Monaco came from an underdog position to beat the capital city club to the Ligue 1 title in 2017, showing it can be done. But Thomas Tuchel will not want to repeat Unai Emery's mistakes. Player for player, the reigning champions are a far better team than Marseille whose biggest star is 32-year-old Dimitri Payet. But as a collective unit, Les Olympiens are proving ready for the challenge. It also helps to have a manager who has vast experience on the job, having managed in several leagues including the Premier League.

​​That puts Marseille in a position to give Paris Saint-Germain a run for their money. But even if the team is not able to keep up with Les Parisiens in the long run, holding on to a Champions League spot is still feasible. Rudi Garcia has not been able to engineer the much-needed transformation at Lyon. The same applies to Leonardo Jardim at Monaco as the side is still struggling to climb out of the bottom half of the table.

That leaves Lille and Bordeaux (who have made a strong start to the season) as the main challengers for a Champions League place with Lyon having an outside chance. In the end, unless Marseille seriously capitulates in the second half of the campaign, the Stade Velodrome will host some of the continent's best teams next season in Europe's elite competition. And Andre Villas-Boas will be the mastermind behind the accomplishment.

But that will just be the beginning as his reward will be the added responsibility of re-establishing the club as a heavyweight on the continent. Achieving that will require a massive investment in the squad. Only that can bring back performances similar to those of the strong Marseille teams of the past that achieved significant success both domestically and in Europe.