On 1 July, Diego Godin’s nine-year spell at Atletico Madrid came to an amicable end. The veteran central defender joined Inter Milan on a free transfer, signing for three years. No doubt he’ll have an influential role in Antonio Conte’s set-up, although to what end remains open.

Godin arrives with an impressive medal collection. In Atletico’s rearguard, he won two Europa Leagues, three UEFA Super Cups, one Copa del Rey, and most memorably, La Liga title in 2013/14. Without him, Diego Simeone’s side would have found those successes next to impossible. The Uruguayan rose to occasions when it mattered most. His excellent tackling coupled with intercepting skills, accomplished heading ability, as well as threat provided from set-pieces enabled Los Rojiblancos to cut it among Europe's finest.

In the three seasons pre-Godin, Atletico finished in consecutive fourth places then a disappointing ninth. They were desperately searching for improvement. Similarly, Inter ended 2016/17 in seventh before claiming the fourth position twice in succession. They require a resurrection like the one witnessed in Madrid. Amassing 18 scudettos since their inception, some will believe the Nerazzurri merit a return to former prestige.

This past campaign, Inter trawled to a Champions League spot under Luciano Spalletti. Performing at the same level as Atalanta, Roma, and neighbours AC Milan, they couldn’t keep pace with either Napoli or Juventus, closing out a massive 21 points behind champions Juve.

Inter president Steven Zhang has put trust in Conte to stir up a revival. The Italian coach owns a formidable reputation, having brought Juventus to life by securing three successive Serie A titles then guiding Chelsea, a team which was only good enough for mid-table the previous campaign, to a pioneering Premier League success. Sandwiched in between, he led a relatively poor Italy to Euro 2016’s quarter-finals.

To rekindle such results at the Giuseppe Meazza, Conte must rely heavily on his new defensive general. 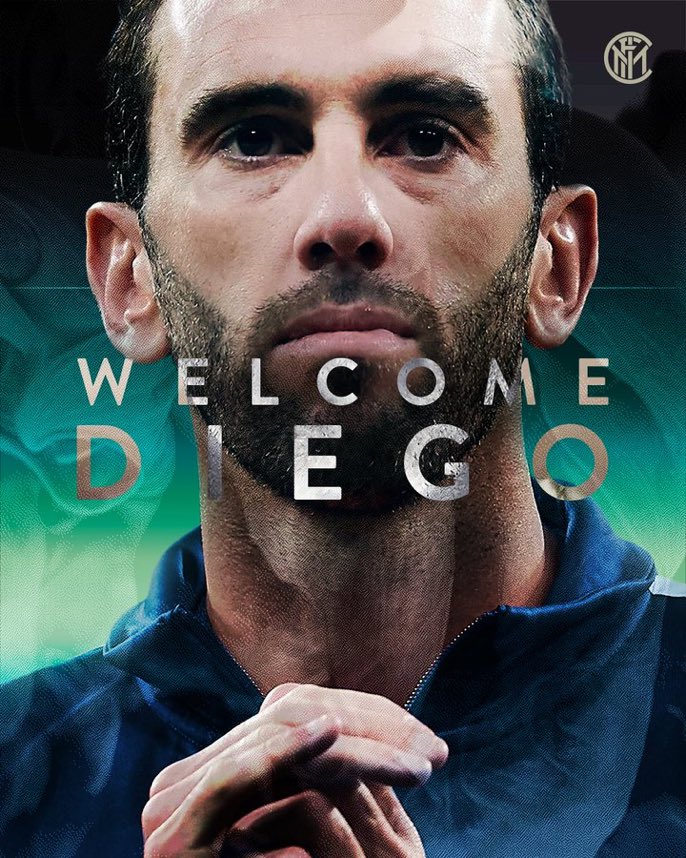 Godin’s playing quality is equalled, if not bettered, by mental toughness. His unperturbed manner is reminiscent of past Italian greats Paulo Maldini and Fabio Cannavaro. His fearless nature draws comparisons to iconic English defenders Terry Butcher and John Terry. No one frightened him in Spain, neither Cristiano Ronaldo’s physical prowess nor Lionel Messi’s technical mastery.

Inter’s 33 goals conceded this past Serie A campaign was only bettered by Juventus. Still, Conte’s defence can improve on that. Godin’s will to win will tie it further together to form a pack mentality. As Gandolf is famous for saying, ‘You shall not pass!’

Godin’s presence will benefit the Nerazzurri’s centre-backs. Their most-used in 2018-19, Milan Skriniar’s performance has attracted top European suitors. Learning alongside his acclaimed teammate is likely to propel the 6’2’’ defender to an even greater height.

As a 131-time capped international, Godin can act as a mentor to Stefan de Vrij. Potentially until the 27-year-old is ready to take over his mantle.

There’s also a reunion with former partner in crime Miranda. In four seasons at Atletico, Godin brought out the Brazilian’s best. The same can happen in Italy’s capital.

The 33-year-old will spark an improvement in other areas as well. During Los Rojiblancos’ triumphs, full-backs Felipe Luis and Juanfran could both venture forward safe in the knowledge defence was covered. That will apply to Inter’s Kwadwo Asamoah and Danilo D’Ambrosio, giving the side a bigger attacking threat from out wide.

In Atletico’s central midfield, Gabi, Koke, and Saul all gained from Godin’s awareness. They knew he’d rectify any mistake of theirs. Radja Nainggolan and Matias Vecino are rewarded with such protection next term.

Inter were Serie A’s sixth top scorers this past campaign, averaging 1.5 goals per match. It’s an area which still needs addressing. Standout frontman Mauro Icardi is certain to leave after falling out of favour. Conte’s heart is set on Manchester United’s Romelu Lukaku.

With Lukaku potentially fronting the attack, Conte directing operations from the touchline, and Godin orchestrating in defence, expect the Nerazzurri to meet their season’s objectives. A top-four finish backed up with a Champions League last 16 place represents much-needed stability before mounting a serious surge.

Godin may have suffered a slight dip since named in La Liga’s 2015/16 Team of the Season but he still has much to offer. There are few faults to his game. The Rosario-born’s readiness to sniff out danger, always anticipating where to position himself, is second to none.

He’s a crucial part in Conte putting Inter back on the map. Adding a few more pieces either in this transfer window or January’s will make a future title challenge possible. Should such occur, Godin will without question be at the forefront.