Are Chelsea over Eden Hazard's departure?

Chelsea endured a rollercoaster ride last season, concluding the campaign on a high note. Finishing third was a pleasant surprise but winning the Europa League was the main deal. The Blues dominated London rivals Arsenal in Baku to win the competition for the second time. Eden Hazard scored twice and assisted another in the 4-1 victory. Fans hoped the performance would lead to a renewed commitment from the Belgian. Rather, it was his way of saying thank you for seven mostly wonderful years. Shortly after the match, he signed with Real Madrid.

Hazard's exit didn't come as a surprise. His move to the Spanish capital was long in the making. The problem was Chelsea's transfer ban. They couldn't sign a replacement and were left to hope the players already on their books could pick up the slack. Many expected the Blues to suffer immensely in the playmaker's absence.

Concern grew when Frank Lampard's men succumbed to Manchester United 4-0 in the season opener. A 1-1 draw with Leicester City followed. After winning just one of their first four Premier League fixtures, Chelsea appeared destined for a nightmarish season. However, Lampard and his men found a way to turn the corner.

The Blues embarked on an impressive run two months ago, winning matches convincingly and providing perfect answers to critics. They've won six of their last seven Premier League games, scoring 16 goals in the process, placing them fourth with 26 points. They've also upped their game in the Champions League, with two victories and a draw from their most recent games. Lampard has his tactics spot on. The team is playing an attractive, offensive style under the Englishman, taking the game to their opponents. But how did the change come about?

Chelsea's improvement at the back is most noticeable. The Blues began the season over-committing in attack at the expense of their defensive stability. After they were exposed in their first few games, Lampard made a critical call in defence, restricting his backline and ensuring stability. The decision paid off handsomely. Chelsea conceded just six goals from their last seven Premier League games, a huge improvement when compared to the 12 they conceded in their first six.

In attack, Lamps overcame the challenge posed by opponents who sit deep and soak up pressure. Overloading the wide areas, he forced centre-halves and d-mids to come outside to aid fullbacks. When they do, the Blues exploit the space vacated in the middle.

Other players have stepped up their performances too. Tammy Abraham and Christian Pulisic are ensuring that Eden Hazard isn't missed with their scoring exploits. The duo compiled 16 goals and eight assists between them through this past weekend.

On the same note, Jorginho and Mateo Kovacic are also rejuvenated. Their efforts in the centre of the pitch provide balance and control while players like Mason Mount and Fikayo Tomori continue to impress at every given opportunity.

The Blues are full of momentum right now. They look ready to make a statement this season. As it stands, no one is pining for Eden Hazard to return to rescue a lost season. That comes as a huge relief to the fans who were left devastated when the Belgian called time on his Chelsea career.

Despite losing their last game to Manchester City, the cloud of uncertainty that struck Stamford Bridge at the beginning of the term cleared long ago. Lampard's men are heading towards great things. Hazard's departure is turning out to be a blessing in disguise for the Blues. 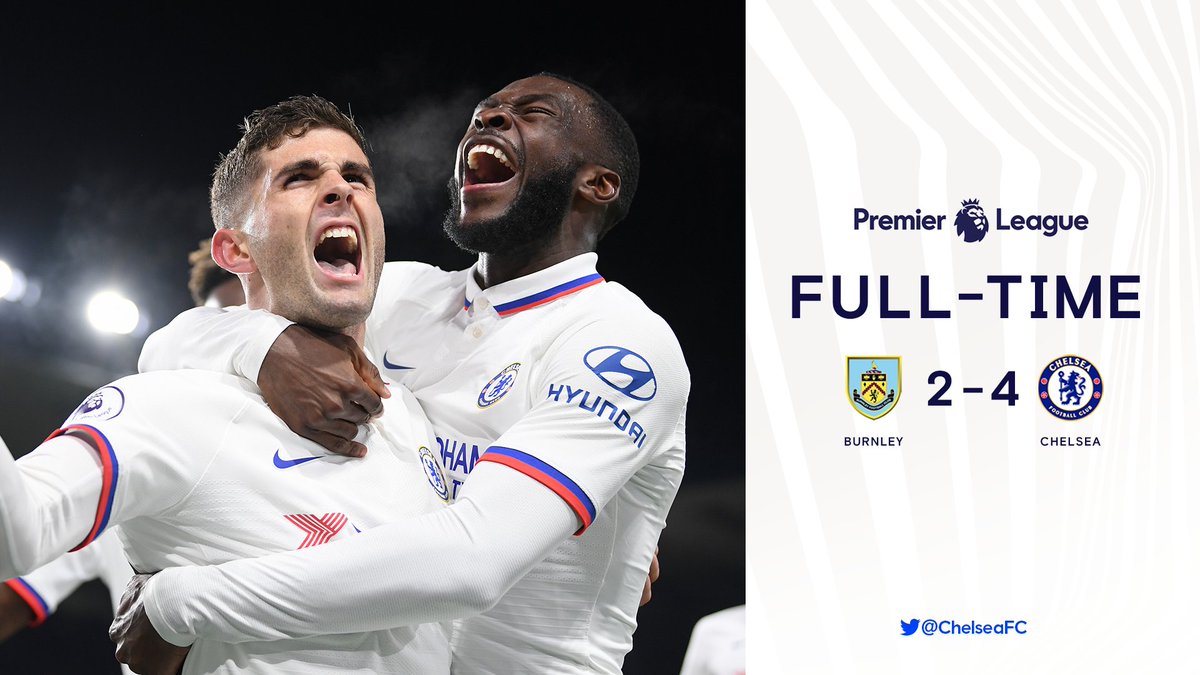