Are Wolves poised to succeed in the Premier League?

Before their pivotal clash second-placed Cardiff City, Wolverhampton Wanderers look set to, at the very least, gain automatic promotion to English Football's top tier. While no team should rest on their laurels at this stage in the competition, Wolves will undoubtedly be thinking ahead to the colossal task of staying afloat in the Premier League.

Now with six games left to play in the Championship, Wolves look set to win the title - which can be further ratified with victory against their nearest rivals. At current they sit 6 points ahead, with the Welsh side holding a game in hand. The Friday-night fixture will certainly be key in whether Wolves can leap clear of their opposition or in defeat, Cardiff can close the gap and challenge for the title.

By all accounts and with a glance at recent history, Wolves are decisively not the most convincing and talented team to ever graduate from the Championship to the Premier League. However, this side shows certain qualities that suggest they may be more than capable of completing the ever-daunting task that faces any Premier-League to-be side: survival.

First and foremost, the type and calibre of player that the Midlands club boasts are unlike that seen in the second tier before. Their top scorer is Portugal-born Diogo Jota on 14 league goals, on loan from Atlético Madrid. A talent to be sure, securing his services for a further year would be a huge boost in the fight to stay up. Thus, the agreement struck on 30th January to make the move permanent is an early bit of great business. His speed and dribbling skillset would certainly lend itself to the faster pace of the top division.

In addition, compatriot Rúben Neves is the standout talent within the squad. Questions were asked upon his arrival, having been scouted by many a top club, including the likes of Chelsea. 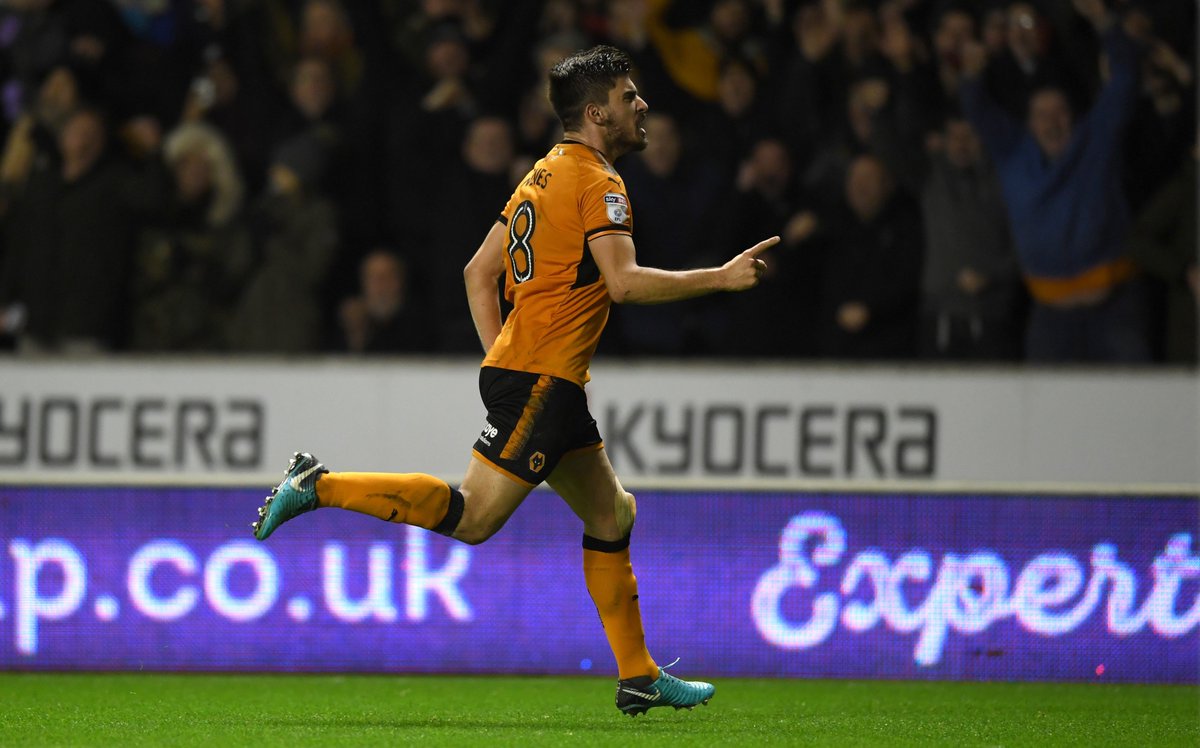 OptaJoe
OptaJoe
Follow
4 - Among players who've scored 100% of their goals from outside the box in the top four tiers of English football this season, no player has scored more league goals than Rúben Neves (4/4). Audacious. https://t.co/CoKfGd2nF1
Follow
13:33 PM - 4th Apr 18
64
224

Regardless, the youngest captain (at Porto) in Champions League history is no doubt a top talent. It was unknown whether the midfield maestro would work at his best within such a physical league, given his slight frame, but the 21-year-old has certainly shown himself to be worthy of credit.

A fine passer of the ball, he draws the comparison to fellow countryman Joao Moutinho, whilst he has bagged himself 4 goals from the deep centre of the park. Having been capped 5 times for his senior national team, the much sought-after midfielder simply must be retained by Nuno Espírito Santo if he is to build a team worthy of the Premier League. Not to be forgotten is (also Portuguese) winger Helder Costa, a dangerous and talented attacker.

Furthermore, the aforementioned coach of Wolves certainly has the capability to manage a team to success. His fluid style of play in La Liga led Valencia to fourth place, recording a memorable 2-1 win over Real Madrid. Prior to this, he had led Rio Ave F.C. to the Portuguese Cup and League Cup finals, as well as qualifying for the UEFA Europa League for the first time in the club’s history.

With the type of player mentioned here, it seems Wolves may have the recipe to thrive (as much as a promoted team can) in the top-flight. It seems that teams are aware, more now than ever, of the importance of transforming their success into sustainable performance at a higher level. Looking to teams such as Newcastle United, Huddersfield Town and Brighton and Hove Albion in particular, Wolves must not only replicate their efforts to stay up, but utilise their refreshing roster of players to it’s fullest potential.

First and most importantly a lifelong Chelsea FC and general Premier League fan. Appreciation and interest in all European football with a keen eye on the running and successes of English Premier League Clubs. From tactical analysis to a club's sociological impact, high level football is my passion and takes up all of my free time.

Fortunate enough to been to games all across Europe and develop a wide range of opinions and viewpoints on many different aspects of the beautiful game. In the middle of a Law degree so expect reasoned and objective arguments. Known by my peers for my original and left-field ideas about the game - backed by hard statistics and evidence.