How Lowe can Plymouth Argyle go?

Angry is perhaps not the right word - but a number of Plymouth Argyle fans certainly aren't best-pleased at the moment...

When Ryan Lowe arrived in the summer, following a long and protracted divorce from his beloved Bury, there was a great deal of optimism around Home Park despite last season’s relegation back to League Two.

Before their well-publicised demise, Bury had gone the opposite way - with Lowe securing promotion for the Shakers with an exciting brand of attacking football.

The anticipation around Home Park increased upon his arrival when Danny Mayor, Byron Moore, Will Aimson, Dom Telford and Callum McFadzean all followed Lowe to southwest England.

Off the back of this tide of good feeling, many Argyle fans expected the Pilgrims to walk the league. However, so far they have struggled for consistency. Going forward Plymouth has looked promising, in spite of the fact that they lost their two best attacking outlets in Graham Carey and Ruben Lameiras in during the summer. This is largely thanks to Mayor whose dribbling is a nightmare for opposition defenders. In 14 games this season, the 28-year-old finds himself way out ahead in the League Two dribble charts as his total of 56 is 16 more than his closest rival.

Clearly, dribbling alone is not enough. During Bury's promotion campaign Mayor scored 12 and set up nine goals. So far this term the Englishman has scored just one and notched two assists. A record which has led to criticism from some quarters.

If Argyle's fortunes are to change, though, Mayor will no doubt be at the forefront of that resurgence.  A bigger problem currently facing Lowe is finding a way to prevent his side conceding...

As the table currently shows, it's having a tight defence that proves most effective in League Two. The current top three, Forest Green, Exeter City and Newport County, have all scored fewer than Argyle's tally of 17 - though the Greens find themselves in mid-table a whole eight points off the summit. By comparison, those teams have conceded a combined total of just 23 goals so far; Argyle alone have let in 15... 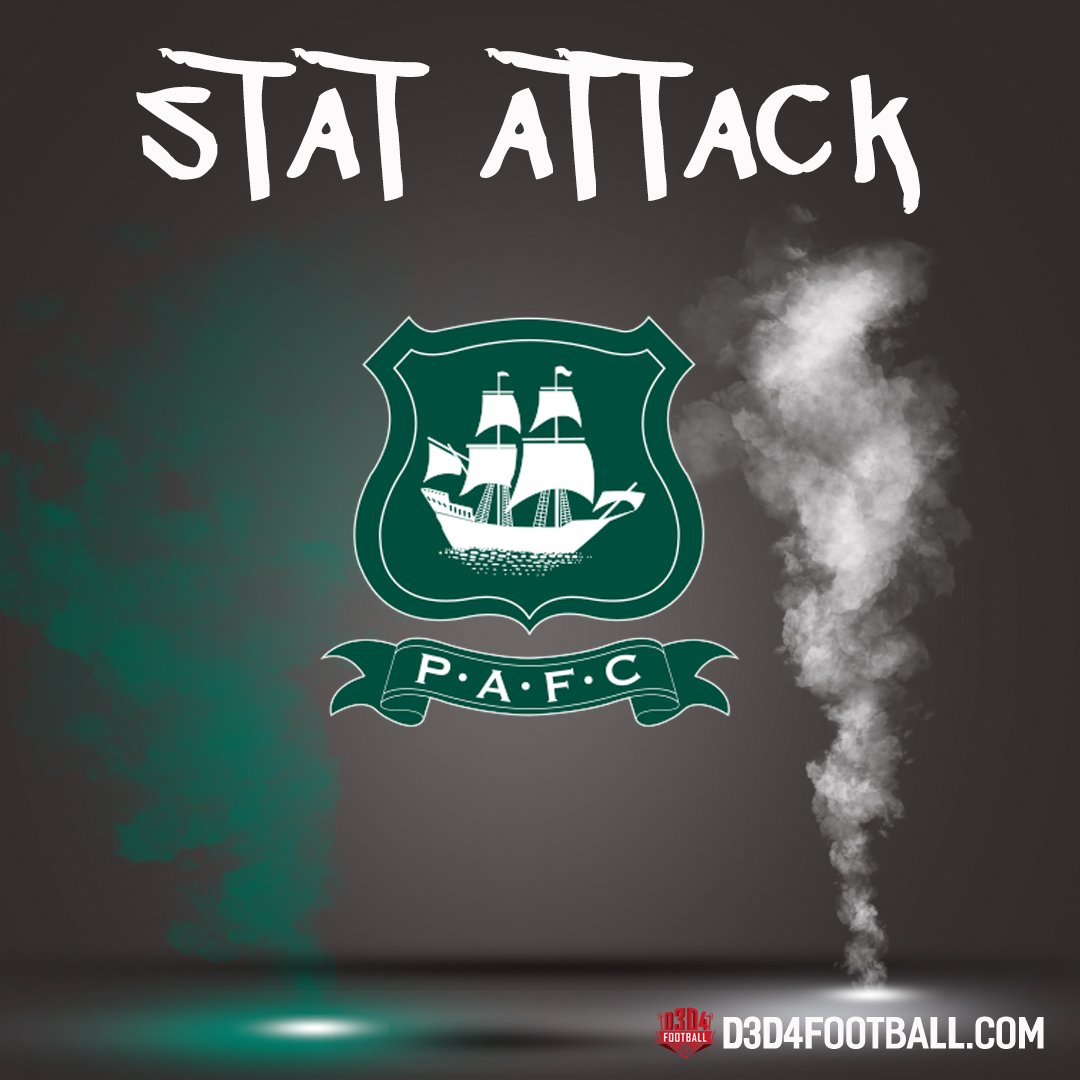 @Only1Argyle winger Danny Mayor has completed 5⃣6⃣ successful dribbles in LEAGUE TWO this season, at least 16 more than any other player😯🔥

Perhaps most frustrating is the side's propensity for conceding late goals and giving away points. Argyle have drawn four games this season - all of which have ended 2-2. In the first of those results, they snatched a point at home to Salford with a late Telford penalty. However, in the other three games, they have surrendered the lead late on. Against each of Crawley, Oldham and most recently Scunthorpe, Lowe's men led 2-1 before giving up a goal in the last 15 minutes.

Last Tuesday, Argyle travelled to Swindon for an EFL Trophy tie and won 3-0 after fielding a strong team. Whether they will be able to replicate this performance when they make the trip to the County Ground again on Saturday remains to be seen.

It's not just what's happening on the field which is raising cause for concern amongst supporters, either. Argyle's approach to the issue of persistent standing at Home Park hasn't gone down well. Fans are claiming that being forced to remain seated throughout games is seriously hurting the atmosphere. Back in August, before the first home game of the season against Colchester United, the club released a statement on the matter.

The statement on the club's website claimed: 'when a Home Park steward asks you to sit down, they are making the request, not because they are being killjoys, but because they are obliged to by law, and because they are concerned for the well-being of everyone who comes to Home Park.' Large financial penalties could follow if those rules aren't met.

Many supporters, who feel it is their divine right to stand for the duration of the game, are understandably upset by what they regard as an unwelcome encroachment into their Saturday afternoon ritual. Indeed, as long as they aren't impeding the view of fellow supporters who would rather sit, it really shouldn't be an issue...

There are plenty of grounds in the Football League, Elland Road for example, where sections supporters do indeed stand for the entirety of Leeds' games.
Does this mean that Leeds are constantly receiving fines for this behaviour? It seems unlikely, I'm sure we would have heard about it if they were.

The debate about enforced sitting at Home Park once again brings up the argument of safe-standing on British shores. There are very few grounds in England where safe-standing zones have been implemented, but surely it is time that they became a requirement in football stadia around the country?

During Argyle's recent trip to Port Vale, a number of fans took up their position in the stadium just moments before kick-off.  They situated themselves at the front of the stand directly behind the goal  -thus impeding the view of many supporters who had been sitting in their seats well before kick-off.

Some crowd-members moved, but those who stayed where they were were forced to stand to watch the action. This created a domino effect and before long, a large swathe of supporters were standing up - leaving their seats redundant. Not once were they told to sit down. Which begs the question, why are some clubs enforcing the no-standing rule whereas others don't seem to care? Safe-standing zones would eliminate a number of in-ground issues and the sooner it is rolled out, the better. Argyle have sold out their 2500 away allocation for this weekend's fixture and while Swindon may be classed as the south-west, it's still a 320-mile round trip for those members of the Green Army making the journey.

It's clear that a club so well supported deserves the voice of its fans to be heard on the issue of safe-standing at Home Park. Furthermore, it wouldn't take much for attitudes around the place to change. First and foremost, the manager provides a philosophy that's fashionable in this day and age, while chairman Simon Hallet recently wrote off a £4million debt by dipping into his own pocket. Add to the fact that the newly-refurbished Grandstand is set to open in a couple of months and you would be right in thinking that there are exciting times ahead.

At least that's what Plymouth Argyle's loyal band of supporters will be hoping for. It's a high-time that The Pilgrims, who are thought of many as English football's sleeping giants, finally woke up...