Should the Gunners target the Eredivisie to replace Mesut Ozil, Aaron Ramsey?

A look at the Premier League goals scored and conceded tables suggest Arsenal’s first priority in the summer transfer market should be a defender.  The Gunners hold down fourth place in the former category but rank eleventh in the latter. Stuck in the league’s bottom half defensively is no place for a club with Champions League ambition.

On the other hand, with Mesut Ozil and Aaron Ramsey both likely to depart at season’s end, you can forgive Unai Emery for thinking he might need a playmaker who can keep Alexandre Lacazzette and Pierre-Emerick Aubameyang in business.

The breakdown in contract negotiations between Ramsey and the club is shrouded in mystery with some saying the Gunners pulled out at the last minute because Unai Emery’s first impression on arriving was that the Welshman was surplus to requirements. Others think the player’s wage demands were too high.

If Emery arrived thinking Ozil would be his playmaker, the German’s reported £350,000/wk wage packet might have made the club think twice about Ramsey’s demands. By the time they realised Mesut might not be in their plans, their number eight had struck a deal to move to Juventus.

Meanwhile, the Spaniard’s comments regarding Ozil are as predictable as a sunny day in Milan. One day, the player is critical to the squad. The next, he isn’t. On other days, the 30-year-old is either injured or in poor form. In late November, Emery said Bournemouth was too “demanding” a match, the Cherries “physicality and intensity” beyond his number ten. You can understand that comment being made about Burnley, Brighton, Crystal Palace or maybe Newcastle, but Bournemouth? The new Arsenal boss clearly has no confidence in his mercurial assist king.

In any event, Emery is working well with Ramsey, not at all with Ozil and likely won’t have either to call upon in 2019/20. The club must go shopping for a playmaker.

Attacking midfielders and number tens tend to be high-ticket items not readily found on the transfer market shelves. Newcastle desperately needed one in January and broke Mike Ashley’s bank to sign Miguel Almiron from Atlanta United. The Paraguayan is outsized for the Premier League at 5’ 9”, 139 lbs. Rafa Benitez played him on the wing in an 18-minute debut off the bench against Wolves. His work rate and sense of adventure caught the eye in a brief cameo but you have to wonder how willing Rafa is to put the waif in the middle of the park for a full 90 minutes against full-sized defenders. 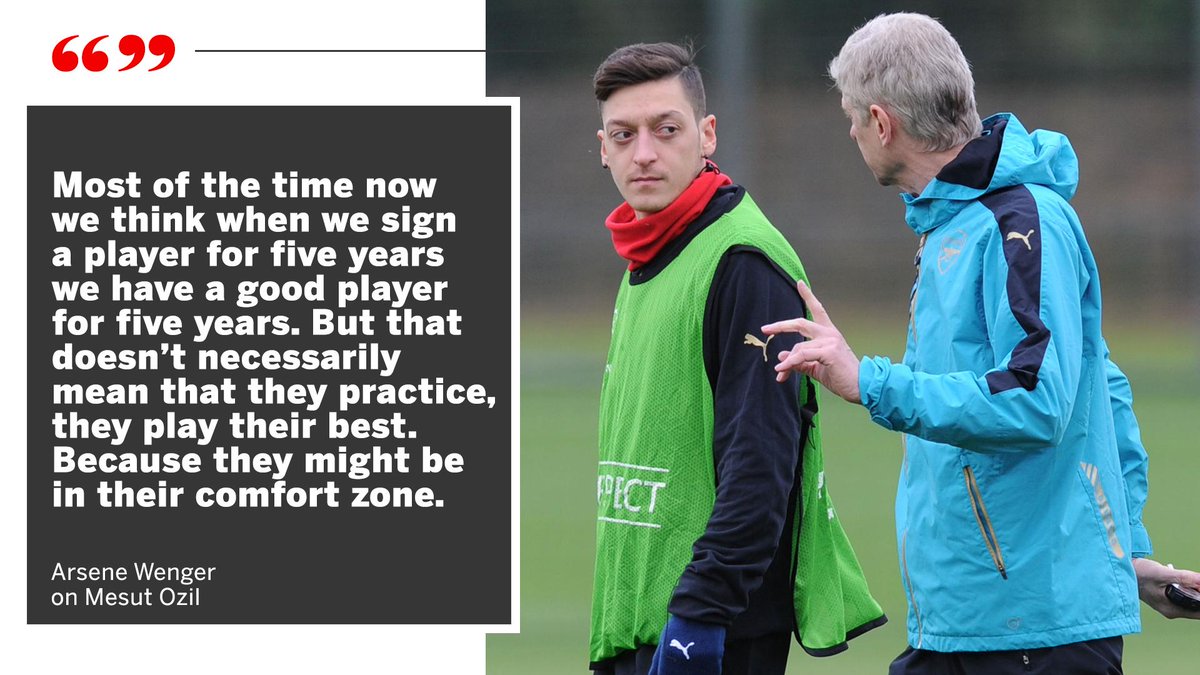 That said, Unai Emery demonstrates an open mind when it comes to small players. Lucas Torreira is hardly your typical holding midfielder at 5’ 6”, 132 lbs. Alexandre Lacazzette is a compact striker at 5’ 9”, 161 lbs. He’s not going to get on many crosses. Emery’s attack is more about energetic pressing to produce counterattacks or working the ball to create and exploit gaps in the defence. Despite their diminutive stature, the Uruguayan and Frenchman both show the commitment, energy and pace the gaffer demands. A playmaker who does the same, even if he’s on the lean side, might suit the Spaniard to a tee.

As it happens, Ajax are perhaps the most prolific selling club in football and have a player who fits the bill. While Barcelona already called dibs on deep-lying playmaker Frenkie de Jong and other clubs circle like vultures for centre-back Matthijs de Ligt, Emery might be the jackal who can nip in to claim Hakim Ziyech’s signature.

Valued at €35 million [Transfermarkt], the left-footed attacking mid has been lighting up the Eredivisie for years. Before arriving at the Johan Cruijff ArenA in for the 2016/17 season, Ziyech posted double digits in both league goals and assists for Twente Enschede in back-to-back seasons. Across all competitions, he scored 32 goals and 29 assists for Twente.

His scoring fell off initially on moving to Ajax although his assist totals remained in double digits. In 2016/17 he struck seven times while providing teammates with a dozen. Ajax fans derided him for the same reasons Premier League fans criticise Ozil. Ziyech responded. Last season, the 25-year-old hit for nine goals and 17assists. In the current campaign, he has rediscovered the balance he enjoyed with Enschede.  In the Eredivisie, he’s on 12 goals and 11 assists in 19 matches. Add one more of each in the Champions League proper plus two and one in Champions League qualifying and he’s one direct contribution from matching his most productive professional season. No one compares him to the out of favour Arsenal playmaker these days.

Sjors van Veen
SjorsvVeen
Follow
Hakim Ziyech, booed at by own supporters, overly criticized by pundits and undervalued for a long time, captured in a photo that tells the wonderful story of the totally changed tendency around his person. Well deserved and full credit to a superb footballer and human being. https://t.co/9qZBE4Ubhr
Follow
01:13 AM - 14th Feb 19
38
240

In last week’s Round of 16 Champions League first leg against Real Madrid, Ajax bossed the opening half only for VAR to deny them their just desserts. The Merengues recovered in the second half through Karim Benzema but Ziyech showed his speed, control and precision in putting an equaliser past Thibaut Courtois on the counter. Unfortunately, Marco Asensio restored Real’s advantage courtesy a little more officiating controversy. Even so, Ziyech demonstrated his ability to assert himself on the biggest stage.

The Dutch-born Moroccan is just entering his prime with an affordable valuation. His strengths and qualities match Arsenal’s better than any other Premier League club. Last summer, Ajax staved off interest from Roma by extending the player through 2021. Admittedly, that’s not what anyone would call a long-term commitment but the club sweetened the pot with a hefty pay rise. Other Serie A and La Liga clubs may come in for the player in June but if Arsenal enters the fray, there can be no better destination for Hakim Ziyech in 2019/20.