How good is Arsenal's Ainsley Maitland-Niles?

Arsenal's Ainsley Maitland Niles has begun the 2019/20 campaign in similar manner to how he finished last term. Brought in as cover for Hector Bellerin, the 22-year-old has quickly made the right-back slot his own.

It was while on loan Ipswich Town in the 2015/16 season that Maitland-Niles really showed promise. Sure, he looked a decent player rising through the ranks at the Arsenal academy, but with the Tractor Boys, the Englishman showed he could cut it in the most competitive division in world football.

When he returned to Arsenal, Arsene Wenger converted him into a right-back but would use him sparingly, standing in as deputy to Bellerin; whose future at the time was unclear.

The club managed to keep the Catalan in North London but would lose him to injury for practically the entire second half of the 2018/19 term. Maitland-Niles grabbed his opportunity with both hands. He hasn't looked back since.

Under Unai Emery, Maitland-Niles established himself as a regular in the Arsenal first team and Bellerin became a mere afterthought. The Gunners #15 racked up 30 appearances across all competitions, ensuring his manager was right to put huge faith in the youngster.

Over the course of the campaign, it's difficult to pick out a game in which he was outplayed. Maitland-Niles is no doubt attack-minded first and foremost, but his defensive contributions cannot be scoffed at, either. According to stats published by premierleague.com, the Englishman made 33 tackles in 16 league appearances with a 67% success rate. In many ways, Maitland-Niles is similar to Bellerin as both are forward-thinking players who like to join in on the attack, though having that defensive astuteness is equally as important.

Maitland-Niles has played every minute of action this season and when Bellerin eventually does return, the 24-year-old will find it immensely difficult to win back his place in Emery's starting line-up. At this point in time, I'd even go as far as saying that Maitland-Niles is probably the best performing defender in the team, though Kieran Tierney may have something to say about that in the not too distant future. 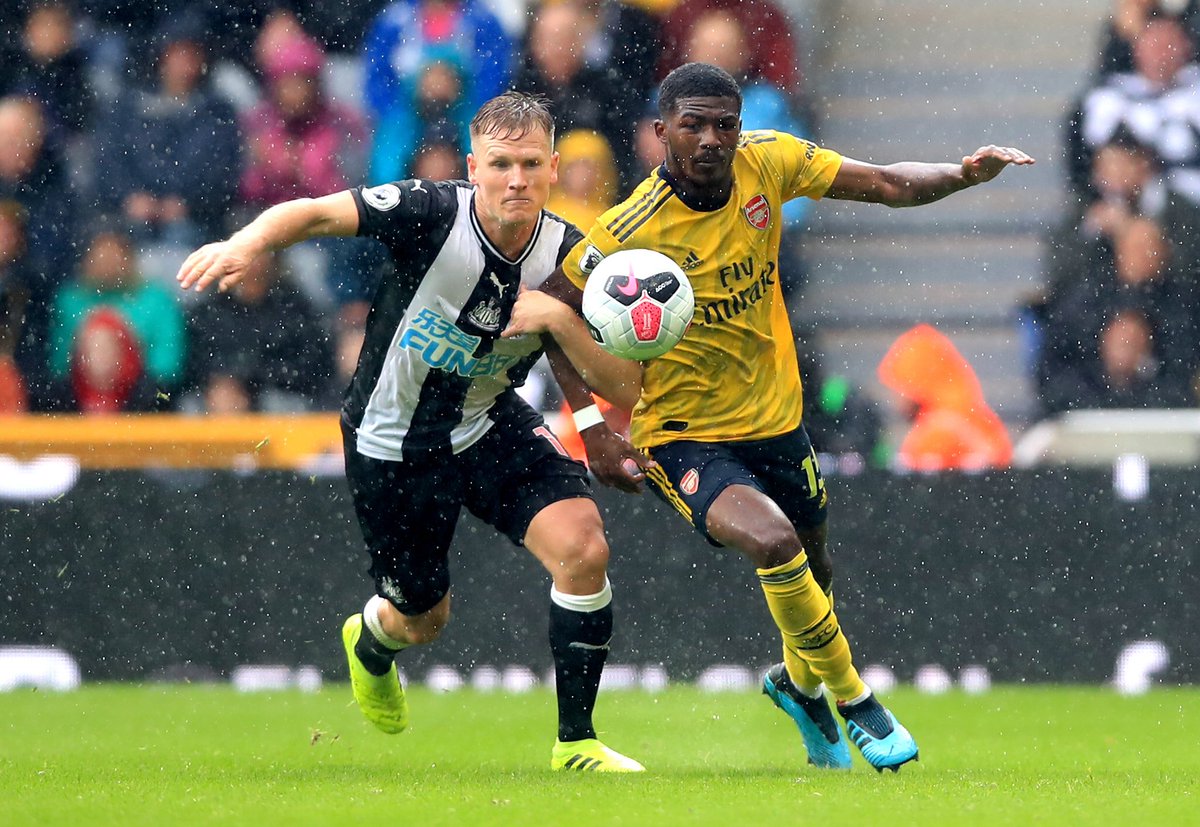 Maitland-Niles continues to be ignored in the debate for the best right-backs in the country. Granted, the Englishman isn't the complete package just yet, but I'd argue he isn't too far behind the likes of Trent Alexander-Arnold, Aaron Wan-Bissaka and Kyle Walker. There are areas of his game which can improve, namely that final ball into the box or correct decision-making, though the progress he has made as a player is there for all to see.

That he is yet to make his international debut for England is something of a surprise, while I think 'underrated' is the right adjective to describe Arsenal's academy graduate.  As he continues to learn and develop as a footballer, there's no doubt in my mind that Maitland-Niles could find himself in the upper echelons of right-backs, thus earning himself Three Lions call-ups on a regular basis.

2019/20 presents a real opening for Maitland-Niles to make himself an undroppable player. The exciting thing is that he's only going to get better and the arrival of club-record signing Nicolas Pepe should only hasten his progression as the Frenchman is more inclined to cut in-field on his preferred left foot; thus leaving space for Maitland-Niles to buccaneer into.

Arsenal's season is yet to fully take shape. The Gunners have won twice, drawn once and lost once. As ever the defence remains a problem and conceding five in their last two games against Liverpool and Tottenham doesn't bode well. At least Emery won't have to worry about having a top-class right-back for the foreseeable future...