It was a day to remember for Arsenal in the Women’s Super League. A record-breaking 11-1 thumping of Bristol City on Sunday confirmed Joe Montemurro's team as arguably the best in the world. Proof of that is the fact that the side leads the way in a Super League - parading strong teams like Manchester City and Chelsea.

The record-setting victory, a first in the English women's game, comes at a time the club is facing difficult times on the men's side. The growth of the women's game in recent times means that the Gunners faithful can at least take pride in that. Ultimately, both the male and female teams are two sides of the same coin.

The lady at the heart of the history-making whitewash was Vivianne Miedema. The 23-year-old Netherlands international scored six and created another four for her teammates. Her involvement with ten goals in a single match is unprecedented in the division. While on the men's side Manchester United and Liverpool lead the way as the most successful teams in England in terms of trophies won, Arsenal reigns supreme in the women's game. From the Women's National League to the Women's Super League, the Women's FA Cup, League Cup and the Community Shield, The Gunners hold the record as the team that has won the most of each set of trophies.

They've also conquered the continent in the past. The club's trophy cabinet does have the Champions League prize on showcase after all, thanks to the women's team. On course to face Paris Saint-Germain in the quarter-final of this season's edition, this may be the best time to give full support to the ladies... 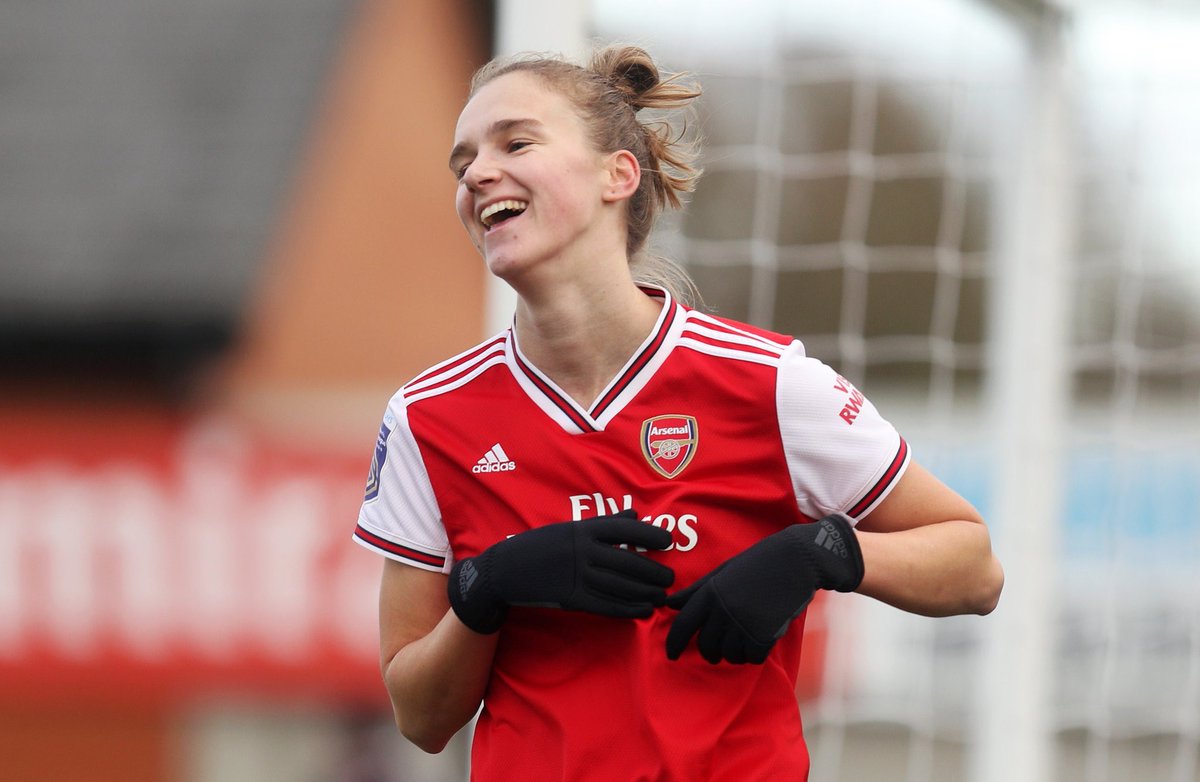 Back home, the team sits atop the league table and looks set to defend the title. Players like Jordan Nobbs, Beth Mead, Lisa Evans, Leah Williamson and Emma Mitchell have been instrumental to the team's success so far. But this may just be the beginning.

However, the likes of Manchester City and Chelsea are in hot pursuit. Nick Cushing's team is trying to replicate Pep Guardiola's accomplishment with the men's team having already won six trophies in the last five years. Chelsea on their part are on a mission to dominate the division. They remain the only team yet to taste defeat this term and the only one to beat high-flying Arsenal.

Newcomers Manchester United, who are having their first taste of topflight football are mid-table (like their male counterparts). But it is Liverpool ladies that are the exact opposite of the male team. The Reds are rooted to the bottom of the league table having collected a single point from the first eight matches. That may just be for the time being though as the side has enough quality to pick up wins and move up the table in due course.

Regardless, the race for the title remains a three-horse one. Man City and Chelsea have so far proved to be formidable opposition. But performances like the one against Bristol City show why the Gunners are still the favourites to win the title. The team only needs to keep the winning attitude and ruthlessness going to emerge champions in the end. Those are qualities that could also serve the male team well...