Does Mesut Ozil have a chance at redemption?

Mesut Ozil ranks among the finest midfielders modern football has to offer. At his best, he's a rare gem. Few can rival the German's unique vision and creativity. He was instrumental to Real Madrid winning both La Liga in 2011/12 and the previous season's Copa del Rey. His magical passing is enough to set the attacking tone, unlock defences and provide clear goal-scoring chances for teammates.

Ozil's quality lured in Arsene Wenger. The playmaker left the Spanish capital and joined Arsenal for £42.5 million. The deal made him Germany's most expensive player in history. The media didn't question it; he was that good.

After debuting for the Gunners in September 2013, Ozil continued to prove himself. His first campaign was one in which ended Arsenal's nine-year trophy drought, defeating Hull City 3-2 to win the FA Cup.

Ozil's combination play with Alexis Sanchez made the Gunners more fearsome than before. His unrivalled 19 assists took them close to the 2015/16 Premier League title, eventually finishing ten points behind Leicester City in second place.

Arsenal's top talents have had loyalty issues. Robin van Persie, Cesc Fabregas and most recently Sanchez all left citing greener pastures as their excuse. Ozil is different. He's shown his undivided commitment by staying in north London for six years, even turning down reported interest from Manchester United while Jose Mourinho was in charge.

As players age, struggling to maintain top performance is a given. Few exceptions to that rule include Lionel Messi and Cristiano Ronaldo. Ozil is among the ones not exempt. Especially since Unai Emery took over at the Emirates.

The 30-year-old is no longer a regular in Emery's starting lineup. When he does get the nod, expectations are high but performance often low. His form has become a strong topic for critics. Even if the whole team plays badly, he inevitably gets the stick. 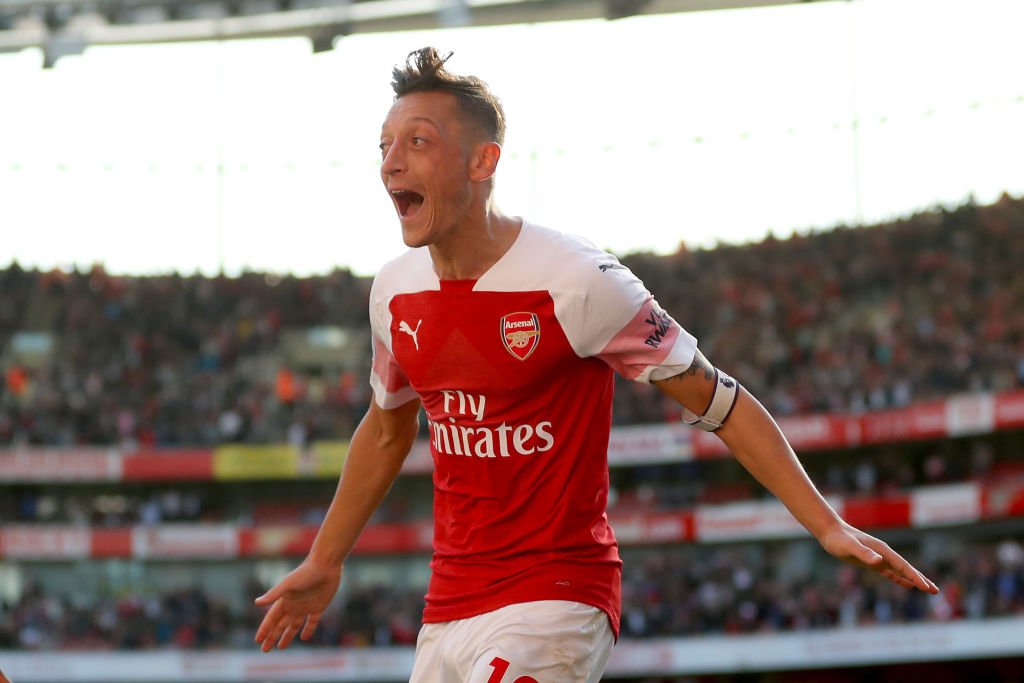 Most things in life have reasons. Ozil's decline can be traced back to Germany's terrible World Cup outing in Russia last year. He was heavily criticized by the German media as Die Mannschaft went crashing out in the group stage. It boiled to a point in which he had to speak out. After doing so, announcing his international retirement in the process, everything crumbled for him.

Emery demands more than what Ozil can offer. There's no such thing as a perfect player. Even Pele and Diego Maradona, two all-time-greats, both had their flaws. For Arsenal's number ten, defensive work-rate and lack of physicality are his weaknesses. Those shortcomings give the Spanish gaffer reason to sideline him.

Moreover, it was reported Ozil insulted Emery during May's disappointing Europa League final defeat to Chelsea. That worsens his case, perhaps so much that he could be offloaded in this transfer window.

Should that happen, can Ozil have any complaint? He recorded only two assists this past season. Along with his other fallibilities, it would be understandable if Arsenal sold him off.

However, somewhat surprisingly, no club has shown serious interest. Not even an average one. Ozil's drop in performance has seemingly put off potential suitors. His problems with Germany don't help, either. National teams can offer players a chance to regain their best form.

Having struggled at Manchester United, Alexis Sanchez is currently running riot in Brazil. His two Copa America goals is double that of his Premier League output this past season. He and Chile face Peru on Wednesday. The semi-final gives Sanchez another opportunity to impress club boss Ole Gunnar Solskjaer.

There's no such resurgence open to Ozil. Even if he hadn't retired from international duty, the Euros don't take place until next summer. A good performance in that could have convinced either Emery or an interested party to overlook his problems and go on his talent.

As things stand, then, Ozil is almost certain to remain at Arsenal. Unfortunately for him, he'll receive limited playing time next campaign. Turning 31 in October, his prime is over.

Ozil's only chance at redemption is to flourish in every single game he's afforded. Else, his career will hit an even bigger low.