Arsenal's start to the new Premier League season is promising. Back-to-back wins over Newcastle United and Burnley put the Gunners in second place. Unai Emery sent out youthful teams in those two games. Attacker Reiss Nelson, 19, has racked up 117 minutes. In midfield, Matteo Guendouzi and Joe Willock, both 20, also started each match.

Lucas Torreira and Mesut Ozil, meanwhile, haven't featured on Emery's starting teamsheet. For that to happen, the Spanish coach will have to drop Guendouzi and/or Willock. However, due to the two youngsters' performance, it'll be a big call to pull them out.

Emery has favoured a four-man defensive line so far this campaign, using a 4-3-3 formation against both Newcastle and Burnley. Should he stick with this system, there's strong competition for only three midfield spots.

Granit Xhaka is trusted by Emery. The Switzerland international rarely misses a game when fit. He sat out the Burnley encounter owing to bruising sustained at St James' Park. He's expected to return for today's game away at Liverpool.

Prior to Dani Ceballos' arrival from Real Madrid, Xhaka was the closest Arsenal midfielder to what Emery wants. The gaffer uses him for his ability to offer a balance between defence and attack. The 26-year-old, though, can be error-prone in dangerous areas. Such proves costly to the Gunners at times.

Ceballos' excellent display on his full debut against Burnley, in which he assisted both goals, is likely to earn him another start at Anfield. Emery's decision is whether to drop Xhaka for the more tenacious Torreira and have only the Spaniard operating as a box-to-box midfielder. 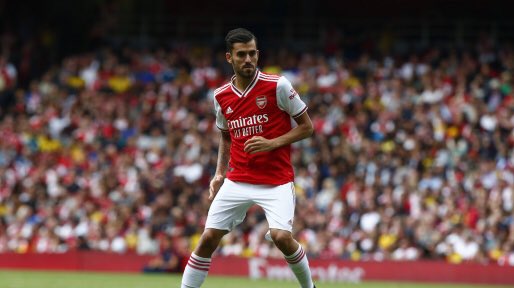 Ceballos isn't alone in impressing. Guendouzi has become an Emery favourite since arriving last summer. The Frenchman gives his all whenever called upon. His future is bright at the Emirates.

Torreira had a good debut campaign in an Arsenal shirt as well. The Uruguayan returned late for pre-season due to his Copa America commitment. He's had only seven minutes of Premier League action since. Nonetheless, the Gunners need him against Liverpool. In such a tough, crucial clash, the 23-year-old can mark the biggest threats and cut down attacking moves.

The greatest surprise so far is Joe Willock. The Englishman has risen to the challenge during his 154 minutes against Newcastle and Burnley. He's hoping to fight off Ozil, who's ready to return after missing the first two games due to security concerns and illness. The German is no doubt a sensation at his best. Can he find it again?

Arsenal are blessed in midfield. With Torreira, Guendouzi, Ceballos, Xhaka, Willock and Ozil, there are two quality players for each role. The six all add a different dimension to how the team plays. It's important Emery gets the right balance, picking a combination best suited to defeating different opposition.

Liverpool provide the Gunners their season's first real challenge. It will test the side's resolve and potentially affect them going forward. Emery's approach is key. Will he keep faith in his midfield youngsters now that his bigger names are knocking on the door?