It’s a close contest between Barcelona and Real Madrid atop La Liga this season. Although the two rivals aren’t having the best of times, their determination to pip one another to the league title is keeping them on guard.

Barca entered the new year sitting at the table's summit. The Catalans were gradually taking off before Valencia came in to spoil their rhythm in January. They were condemned to a 2-0 defeat by Los Che. That cost them top spot as Real Madrid wasted no time in exploiting that opportunity.

Zinedine Zidane’s men then spent three weeks leading the race before Barca stepped up once again. As El Clasico approached, many felt the outcome would decide the battle for the Spanish crown. The anticipation was high when the day finally rolled in.

Madrid were the better side at Santiago Bernabeu. Los Blancos put in a great performance in front of home fans, defeating their counterparts 2-0 to return to the top of the standings. If one would judge by that game, it’d be easy to conclude that the title is Real’s to lose. But, those who had such feelings would be disappointed by now.

Things took another turn at the weekend. After Barcelona secured three points courtesy of a hard-fought 1-0 victory against Real Sociedad on Saturday, all eyes were on Madrid to produce a perfect response the following day. However, the Galacticos failed. They succumbed to a surprising 2-1 defeat at Real Betis.

The Blaugrana now sit two points clear. With 11 La Liga matches remaining, can they hold on to their slim advantage to make it three consecutive triumphs? 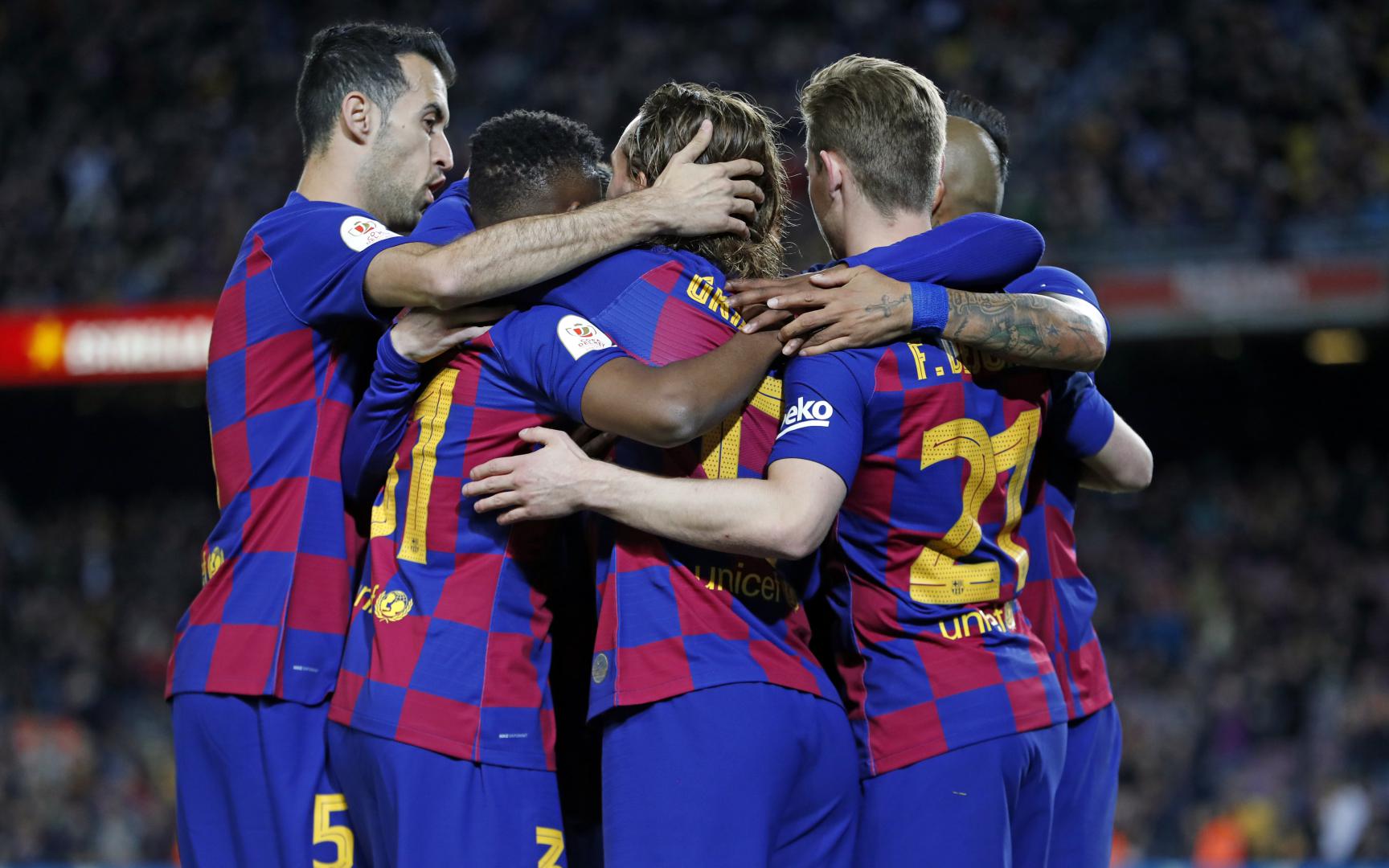 Back on top of the league!
Barca.link
Read More

Barcelona have been eliminated from the Copa Del Rey. Their performance in the Champions League so far does not suggest a team capable of ruling Europe. The league title appears their best bet to claim silverware this season. They must grab it with both hands.

Barca’s displays in recent weeks have been far from impressive. Quique Setien’s troops recorded a single victory from their last three matches across all competitions. They have been struggling in front of goal, needing a late penalty kick to spare their blushes the last time out. Their backline also needs to step up. They’ve let in 31 goals from only 27 La Liga games so far.

Setien must find a solution to his side's attacking woes. This could involve exploring new tactical setups and experimenting with players to provide help to Lionel Messi, including Ansu Fati and Martin Braithwaite.

Gerard Pique and Clement Lenglet put up a solid display recently against Real Sociedad. The pair should be the primary options at the heart of Barca's defense. With the backline keeping opposition attackers at bay and the attack banging in the goals, the Catalans will be able to maintain their advantage to win La Liga.

Nevertheless, it won’t be a ride in the park for Setien’s men. Big obstacles lie ahead. Following on from locking horns with Mallorca and Leganes in their next two games, they’ll face their biggest test yet in the title race. Clashes against Sevilla, Athletic Bilbao, and Atletico Madrid will prove decisive.

Another factor to consider is Real Madrid’s progress in the Champions League. The Spanish giants face Manchester City in the second leg of their Round of 16 tie next week. Should they get eliminated, they’d turn their full focus on La Liga. That could spell bad news to Barca.

Can Takefusa Kubo save Real Mallorca from relegation?
By Uttiyo Sarkar

Takefusa Kubo is very hands-on when it comes to his career. It takes courage to reject Barcelona for Real Madrid when you are already at La Masia. Los Blancos clearly noticed his ambitions.…