FC Barcelona is not messing around this summer transfer. How can they with Real and Atletico Madrid are going from strength to strength? The double debacle at season's end, surrendering a three-goal advantage to Liverpool in the Champions League semifinal and losing the Copa del Rey to Valencia, demonstrated reinforcements were needed. With Frenkie De Jong and Antoine Griezmann signed, a left-back is the next piece in the puzzle.

Jordi Alba is entering his eighth season in the Red and Blue. He joined the Blaugrana as a promising youngster and progressed to become one of the best if not the best left-back in the world. Alba has won multiple leagues, cups and the Champions League during his illustrious Barca career. But all good things fade away, including the man who provides Lionel Messi and Luis Suarez with sublime service from the left flank.

The 30-year old is showing his age. The Spanish international relies on his legs to get up the pitch quickly. Unfortunately, he lacks the pace to get back into the defensive third when an attack goes south. He is losing sharpness and is more prone to errors like the crucial one he made at Anfield in the semifinal second leg.

By no means is Alba finished but he does need competition and, more importantly, cover. He simply cannot play 50 games a season.

Marc Cucurella was touted to be his understudy, but the 21-year-old has been loaned, sold then bought back from Eibar and now loaned to Getafe. Juan Miranda hasn't the experience. Their futures at the Camp Nou aren’t fixed and Barca needs a fix.

Héctor Junior Firpo Adamés shines for Quique Setien’s Real Betis. He plays on the left side as a winger, wing-back and full-back. In every case, he's asked to do the same things: use his athleticism and technical ability to motor up and down the touchline, provide width in attack and support his teammate either from in front or behind. Boy, did he excel. 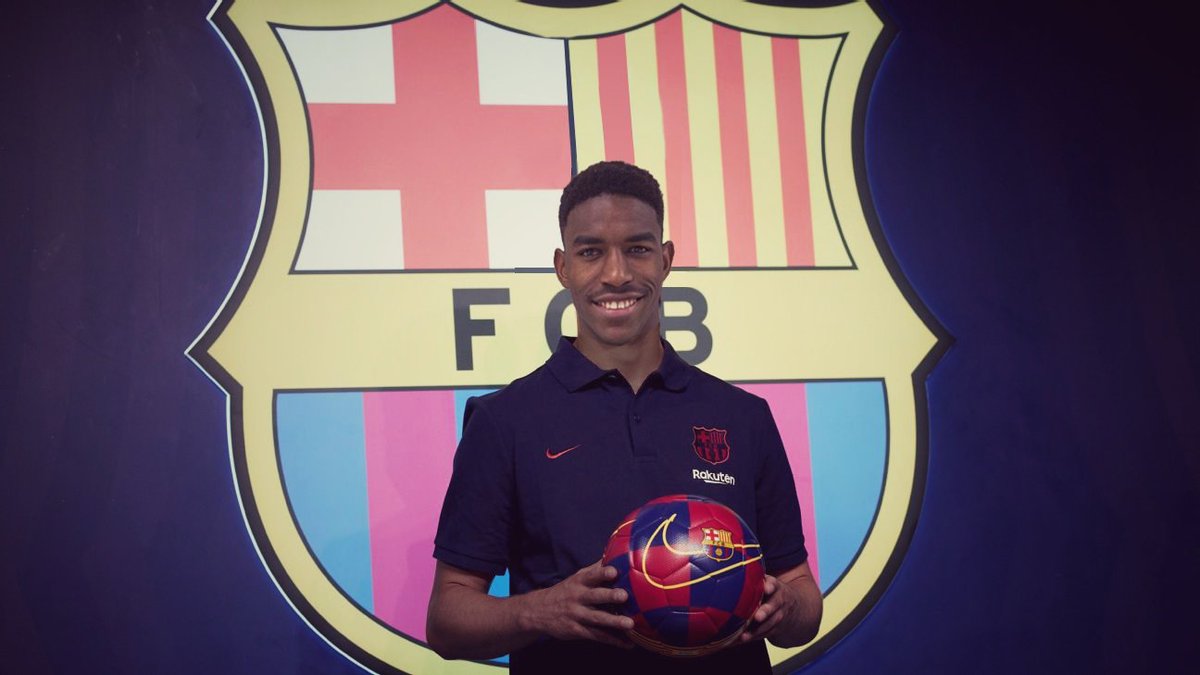 Barça Universal
BarcaUniversal
Follow
📰 — Barça are very close to landing a deal for Junior Firpo for €30M and a loan of Juan Miranda to Betis. The parties are about to reach an agreement. [@CarlesEscolan] https://t.co/YkpUiaQ02c
Follow
22:47 PM - 19th Jul 19
72
597

Firpo operates with a swagger. The new word on Twitter is saucy. He is an outstanding dribbler, beating his man 1.3 times and winning just over a foul every game in La Liga last term. He is a tank but can turn on a dime, loving to cut back against the grain. He brings all Alba's attributes to the table but contributes defensively and in the air. The 22-year-old scored three goals, registered four assists and created one chance per Liga game in La Liga in 2018/19.

The Spaniard is an astute defender. He goes all-in with his tackling, winning 73% for Los Beticos. At six feet, he can protect against lobbed crosses to the back post. He positioned himself well enough to make 23 interceptions in the league.

Not only can he carry the ball up the pitch quickly, he can negotiate tight areas. But he doesn't look to do it himself when teammates give him an out. Last session, his passing accuracy came in at 83%. He put in top performances against both Barca and Real Madrid in 2018/19, as well, not one to shy away from the occasion.

By signing Firpo, Barcelona adds an important piece to their squad. He can rotate with Alba, learn from him and step into the starting role when the time is right. This is an opportunity the Blaugrana board shouldn't let pass.