What future can Barcelona anticipate post-Messi?

I don’t know anything about my biological father other than his name. My mother remarried when I was a pre-schooler. Despite a childhood I’ll charitably describe as strained, I hold very little curiosity about him or how life would differ with him in my history. For reasons which no longer matter, he chose not to stay and fight for his place with my mother. Rather than resenting the choice, I accept it. Life is easier when you don’t try to change matters beyond your understanding or control.

Some footballers decide to move on rather than fight for their place during difficult times. Neymar felt marginalised at Barcelona and forced a move to Paris Saint-Germain. The perennial Ligue 1 champions aren’t the Daddy Warbucks to his Little Orphan Annie that the Brazilian playboy anticipated. All he can do for the moment is hope the sun comes out tomorrow. Happily-ever-after rarely occurs in real life.

You might think it exists for the player who made Neymar so unhappy at the Nou Camp, but no. Apparently, Lionel Messi and Barcelona have some marital issues to resolve. Bereft of a Champions League title since Xavi Hernandez left the squad and on their fifth manager since Pep Guardiola departed eight seasons ago, the once-proud club suffers, its name dragged through the mud on and off the pitch.

Mas que en club rings hollow these days. More than a club, Barcelona refused to sell their ideals to the highest bidder for most of their history, famously going without a shirt sponsor while their greatest rivals exploited the lucrative revenue stream. In 2006, they emblazoned their kit with those ideals by paying the United Nations children's charity UNICEF 1.5 million USD annually to wear their brand.

In 2010, Barca upped their contribution to 2.1 million USD but shifted the UNICEF logo to a smaller, less prominent position on the back of the shirt, below the player’s number. They did so in order to accept a 31 million USD deal with the Qatar Foundation which was followed by increasingly lucrative sponsorships from Qatar Airways and Japanese electronics retailer Rakuten.

As they chased the almighty dollar, the club cut corners. After signing Neymar, Barca misrepresented the deal’s full value to FIFA and the Spanish tax authorities. The scandal led to club president Sandro Rosell’s resignation. When Paris Saint-Germain triggered the €222 million release clause in Neymar’s contract, the Blaugrana petitioned the RFEF’s help in sabotaging the sale, urging the Spanish federation not to accept the funds. 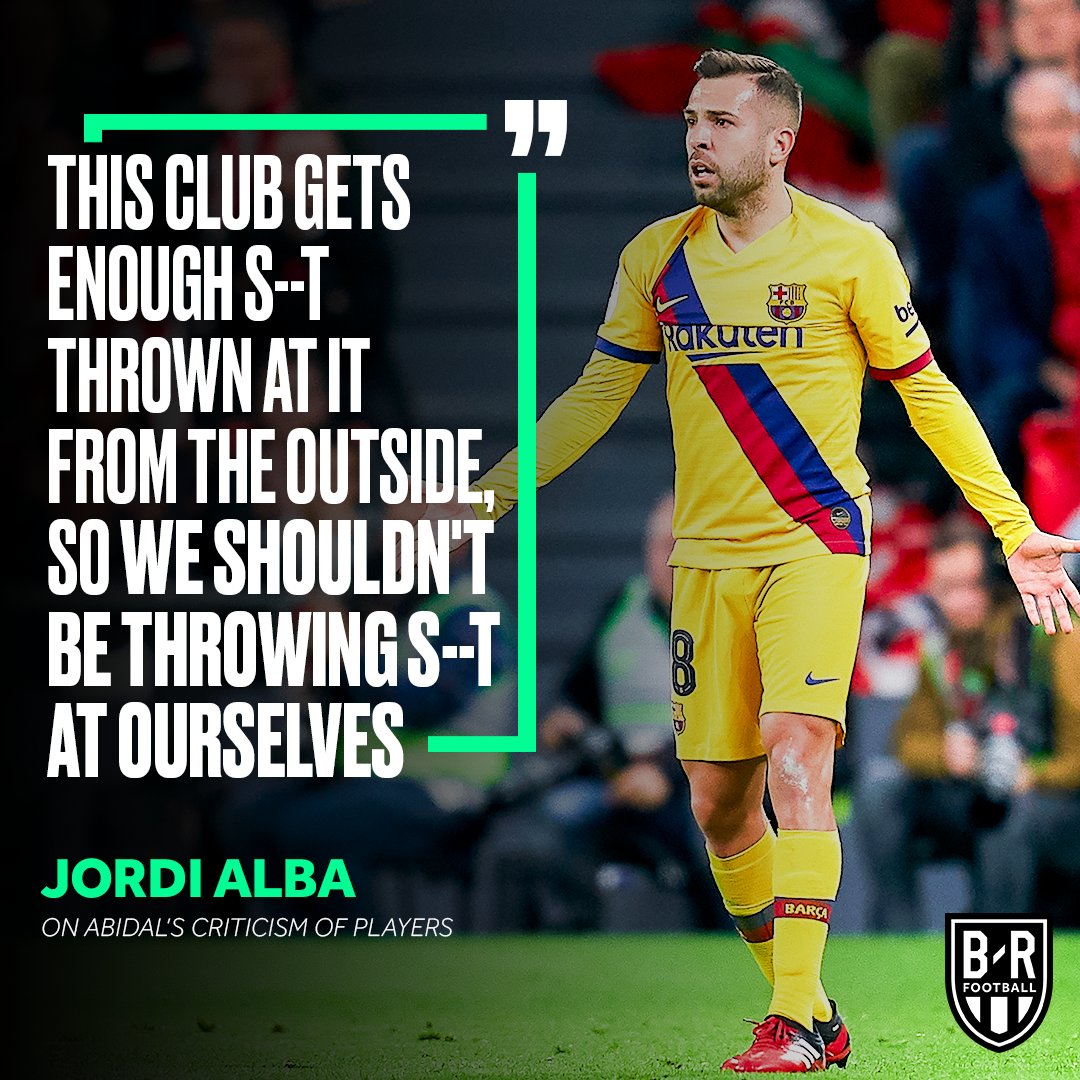 Even after the record deal went through, Barca is reportedly in dire financial straits. The club quickly spent the Neymar proceeds and more, investing €270 million combined in 2017/18 on Philippe Coutinho and Ousmane Dembele. This past summer, they shelled out another €195 million for Antoine Griezmann and Frenkie de Jong. Only the Dutch midfielder rates as an unqualified success and, at €75 million, he was the least expensive among the quartet.

Money problems often exert pressure on marriages. Messi continues to earn upward of €28 million, however, and had little to say regarding Barcelona’s philanthropic leanings, transfer policy or attempts to cheat the taxman. How could he when the Argentine was convicted of tax fraud himself?

Rather, sporting director Eric Abidal's public allegation that several Blaugrana squad members stopped “working” for recently sacked manager Ernesto Valverde finally pushed the club captain over the edge. Il Maestro used his Instagram account to castigate his former teammate and the rest of the board, telling Abidal to name names or mind his business and the club hierarchy to get their act in order.

As the media frantically churned out speculation [full disclosure] on where Messi might end up if he ultimately chose to leave the club over the issue, current club president Josep Maria Bartomeu frantically spun into damage control, reportedly speaking to the superstar on the phone then mediating a reconciliation between him and Abidal in person. Although Messi's contract allegedly contains a ‘get out of Barcelona free card’ which doesn’t expire until May, the marriage doesn’t appear headed for divorce court.

On the other hand, Messi is 32. Even if he finishes his career at Barcelona, we’re talking about two or three seasons at most. While imagining him in different shirts is fascinating, the more important question might be what shape will Barcelona take without him?

Make no mistake, as massive a presence as Messi is for Barcelona, he is not bigger than the club. The Catalans were European football giants for decades without him. Only Real Madrid, with 33, own more titles than Barca’s 26 in La Liga’s 81-year history. 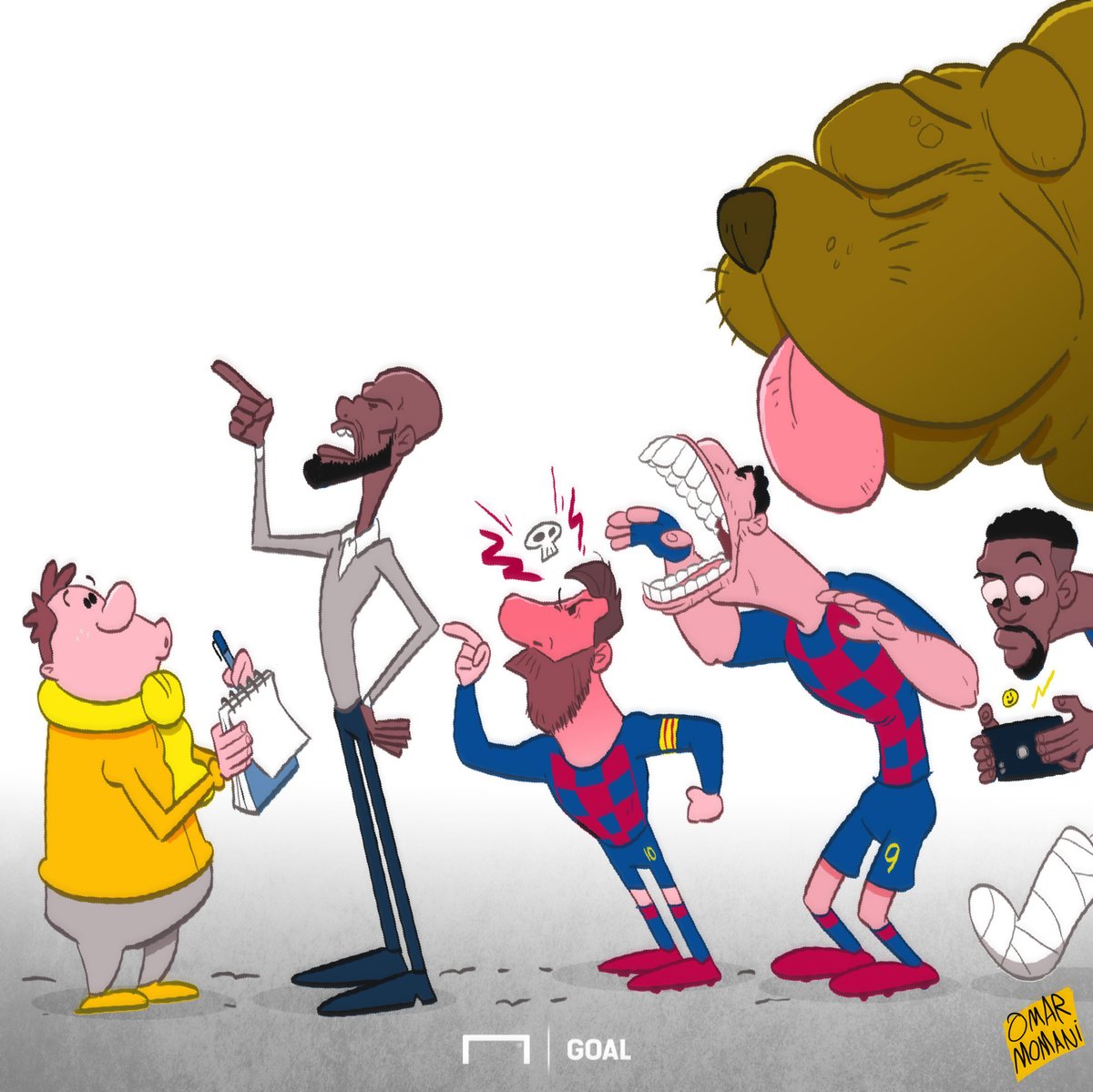 Moreover, Los Blancos' edge owes a great deal to Spanish dictator and club patron Francisco Franco. El Caudillo did all he could from 1939 to 1975 to keep the Merengues on top in Spanish football.

That said, before Lionel Messi, Pep Guardiola, Xavi Hernandez, Andres Iniesta, Sergio Busquets and Carles Puyol came along, Barcelona were a club who merely hoped to win a Champions League every season rather than one from whom it was expected. More so than Busquets, Messi represents the last vestige of the golden generation. When he leaves, the club will no longer be viewed with the same awe and respect.

The current trend in which players like Carles Perez, Abel Ruiz and Carles Alena are loaned out with options to buy, even though legends like Xavi and Iniesta no longer stand in their way and current stars Luis Suarez and Ousmane Dembele are lost to long-term injuries, threatens to exacerbate any decline.

La Masia is the foundation on which Barcelona is built. For the longest time, big stars recruited from elsewhere, Johan Cruijff, Hristo Stoichkov, Gheorghe Hagi, Rivaldo, Ronaldinho, David Villa, Samuel Eto’o, Zlatan Ibrahimovic and Luis Suarez were intended to supplement the squad. In recent years, the academy devolved from supplementing the imported talent to serving as a fundraiser for high-profile signings.

That can’t continue if Barcelona is to challenge Real Madrid for future decades as they have in past. If in-house problems aren’t solved before Messi leaves, the temptation to spend to replace him will only grow to irresistible levels. Without him, Barcelona won't be able to generate the revenue through either marketing or goodwill. The question of what shape Barcelona will take in the post-Messi era is one the club itself should be asking now if they want to stay at the top and fight for their place in Europe.