Birmingham City: Where do they go from here?

Having had encouraging top-half finishes in both 2014/15 and 2015/16 seasons, Gary Rowett's shock dismissal at the end of last year set the precedent for their recent shortcomings.

7th in the table and sitting fairly comfortable, the former defender's stock had risen quickly at St. Andrews, with many clubs reportedly interested in snatching him away from the West Midlands. Rather than vehemently deny suggestions as the owners would've wanted, he embraced talk about his future as a sign that he was achieving significant progress with the crop of players at his disposal - which was seen as a worry from the owners' perspective.

They decided to act quickly and equally hastily, in hindsight, by appointing Gianfranco Zola. The 51-year-old was a fantastic footballer in his prime but it's fair to say that his managerial career had not taken off with the same effect - having resigned or been dismissed by four clubs in the space of just five years.

However, Rowett had provided the foundations needed to help Zola: he would have more patience and time to work things out, though Birmingham's aspirations of a play-off spot deteriorated quite quickly after the Italian's arrival.

He handed in his resignation following their 2-0 home defeat by Burton Albion in mid-April, with the Blues only having won two of their 24 matches under his tenure.

"I am sorry because I came to Birmingham with huge expectations. Unfortunately, the results have not been good and I take full responsibility. If I feel I cannot help the players, why stay? If I cannot help the team, it is better I leave and let someone else do that."

Performances were weak and disappointing, players' lack of collective effort was evident at times while seeming more surprising that Zola waited as long as he did before deciding to resign.

Up stepped Harry Redknapp to save their season, at least in part, by helping them avoid relegation. But at 70-years-old, this deal always felt like one convenient for the short-term.

So when it was announced that he'd signed a one-year deal, having kept Birmingham away from the dreaded drop zone, you could excuse supporters for showing optimism ahead of the summer - shrewd acquisitions were needed, whilst selling those who were failing to effectively pull their weight.

At the time he was quoted as saying:

"It's a tough job, a big challenge in this league, but if we can do things right and bring in good players to go with the good players we already have here, then we could have a chance [of progression, a potential play-off challenge]. I'm looking forward to it. This is a big club, a proper club, fantastic supporters, proper people. There's lots to do over the summer and I'm sure we will all give it a go."

Fast-forward four months and once again, Redknapp finds himself without a job. Having been backed in the market by the club's owners to spend wisely and improve quality too, 14 players were signed. The same number left, all of which vary from season-long loan deals to permanent transfers.

The most notable acquisitions include Brentford forward Jota for a club-record fee, Arsenal full-back Carl Jenkinson and Chelsea's hot prospect Jeremie Boga (both on loan).

However, Redknapp's sacking after their 3-1 loss to Preston last weekend was yet another hasty decision by the club's hierarchy. 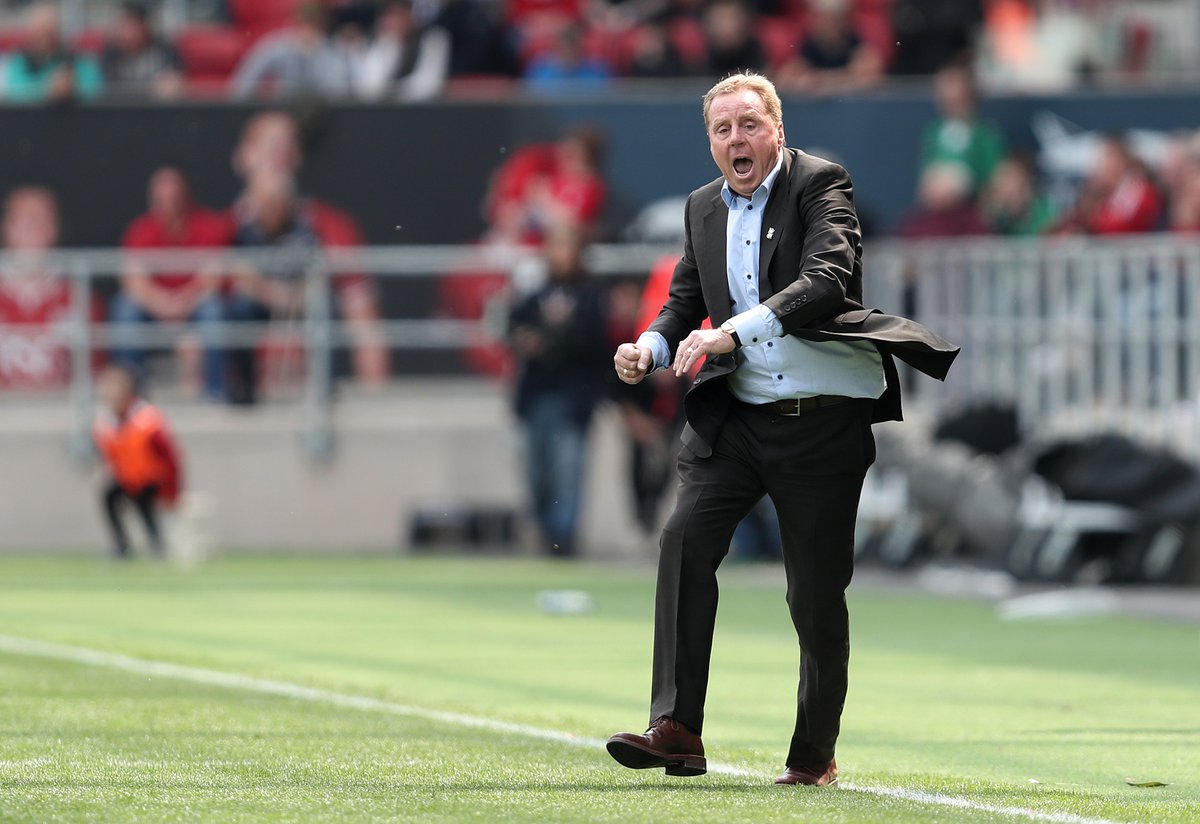 Who saw that one coming...😂

#BCFC https://t.co/n3qi1vBGXl
Follow
18:46 PM - 16th Sep 17
6
5
Four points from their first eight matches is definitely poor, no-one is disputing that. They sit in 23rd place but should results go their way this weekend and they prevail away against Derby County, they'll leapfrog both Brentford and Sunderland into 21st - out of the drop zone.
That just highlights how tight it is at the top and bottom of the table in England's second tier, meaning there's plenty to play for. Given how they've ruthlessly sacked Redknapp without giving him time nor patience to arrest the club's poor form of late, questions will be asked.

Is there a sustainable long-term plan going forward, as they look to consolidate their position in the Championship before focusing on building a strong enough squad to battle Premier League opposition again?

Steve Cotterill and Aitor Karanka are two of the more popular names that have been speculated upon, who'll be approached with the challenging tasks which lie ahead. It's imperative that whoever is at the helm, improves them defensively and consequently makes them a tougher side to beat.

Far too often over the past year have Birmingham conceded early and not looked strong enough - in more ways than one - to recover from setbacks accordingly. It's time to embrace the basics and strengthen from there, otherwise, uncertainty and frustration will continue to dominate the agenda.