Jimmy Greaves, Gary Lineker, Harry Kane, each a great Tottenham striker who doesn't hold the club record for most goals scored in a season. That accolade goes to Clive Allen and his incredible 49-goal haul in 1986/87. It’s not been matched at the North London club and earned Allen a personal double of PFA Player of the Year and the Football Writers Award. But there is far more to Clive Allen than a one-season wonder as we discover in his autobiography, Up Front.

Another scoring legend who led the line in the 1960/61 Tottenham double-winning side was Les Allen, patriarch of the Allen footballing dynasty. It is fascinating to delve into what it was like for Clive growing up in a football dominated household where superstars of the day were family friends settling down on the sofa to watch your cousin Paul play and win an FA Cup winners medal. But being Les' son brought as many problems as it did advantages. Clive looked to create his own story.

Thrust into the limelight from an early age, a promising start at Queens Park Rangers earned him a million pound move to Arsenal. Overnight, he became football's most expensive teenager. Then, in a truly bizarre episode, he was shipped out on the cheap to Crystal Palace without ever playing a competitive game. It's a footballing mystery that has never been solved.

Crystal Palace was hyped to be the ‘team of the 80s’ but Allen takes us into the dressing room as it all unravelled with injuries, cliques, bias and back-stabbing. A career in football is the proverbial roller-coaster ride. Up Front captures that ride, particularly the physical and psychological struggles that come with being a professional player in a harsh, brutal environment.

Whether it's injury, fear of losing your place, disruption from a new manager or suddenly finding yourself no longer wanted, Allen experienced the vulnerability of football, especially with his experiences overseas with Bordeaux and, after returning, Manchester City. It’s the footballer's life the public can't see or imagine.

There were good times, of course. At QPR, the goals flew in on the notorious plastic pitch. Demons were exorcised with goals at Selhurst Park and one at Highbury that sent Rangers into the FA Cup final. Then came the homecoming. Another Allen leading the line at the Lane was meant to be, this one hitting 49 in that unforgettable season.

The most golden of boots nevertheless is remembered by the recipient as a season of regret. He came so close to matching his father’s double only to fall agonisingly short.

It was the same story with England. He was on the bench when a John Barnes worldie beat Brazil in the Maracana and again when Gary Lineker scored four versus Spain. Lineker went on to be top scorer at the 1986 Mexico World Cup. Had the stars aligned, it could so easily have been the prolific Allen on top of the world.

There was a last hurrah at West Ham as Allen enjoyed one last high and a late goal to fire West Ham into the Premier League, a competition he would briefly taste before facing retirement's stark reality.

Arsenal, QPR, Crystal Palace, Tottenham, Chelsea, West Ham and Millwall. Allen’s knowledge of London would rival that of a cab driver. Still, it was up north and a sad end at Carlisle with its 14-hour commute, an aching body and the abuse of drunken fans ringing in his ears that he reluctantly calls time on a remarkable career, further proof there are few happily-ever-afters in football. 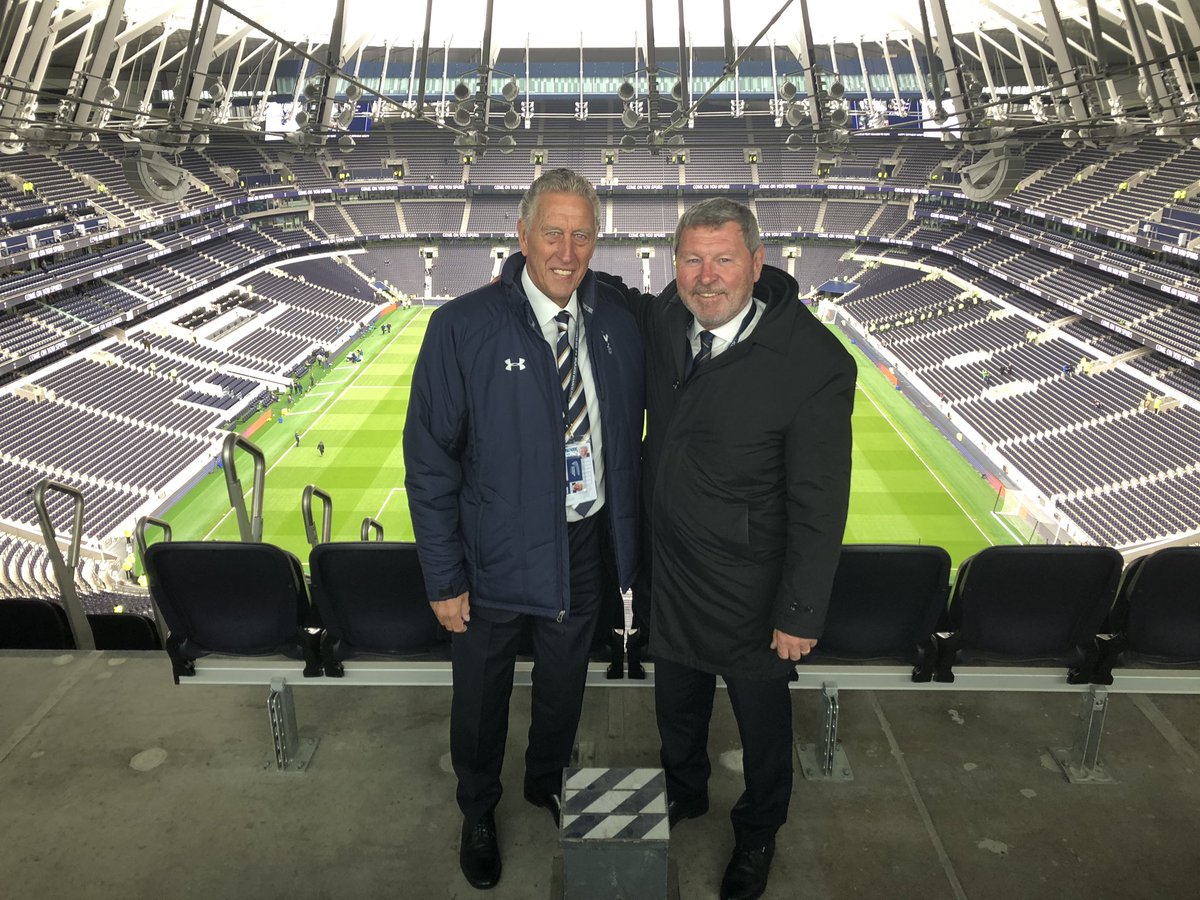 Pundit, scout, coach, advisor, ambassador, Allen has been it all since hanging up his boots. He even enjoyed a brief spell as a kicker in American Football while he struggled to cope with the void left by retirement.

He was one of the original stars on the cult football show, Soccer Saturday but inevitably returned to his first love when Tottenham came calling. Allen became part of a blurring succession of managers at White Hart Lane and gives us the inside story on the Tottenham rollercoaster, discussing the disastrous reigns of Jacques Santos and Juande Ramos, not to mention Lasagne-gate under Martin Jol.

Then there was Harry and the revival, the emergence of Gareth Bale and, at last, Champions League football. Spurs though, to Allen’s frustration, never made that final step to the next level and trophies, a point that still resonates with fans today.

Up Front is an honest, informative, immensely enjoyable read about the life of one of England’s greatest strikers from football's most famous family. The book ends as it begins, with the emotional scenes of the White Hart Lane farewell ceremony. A party ending with a parade of club legends onto the pitch. Clive first out, Cousin Paul follows, then dad Les. They embrace, family first, football second.