Having joined Liverpool’s academy as a 15-year-old, Harry Wilson, like many young British players, is yet to receive a real opportunity in the Premier League. The Welsh winger has had loan spells at Crewe Alexandra, Hull City, and Derby County since 2015. He’s been shipped out again this season, to top-flight Bournemouth.

Wilson played a big role in Derby securing sixth in the Championship and subsequently reaching May’s play-off final. Earning Frank Lampard’s trust, he notched 16 goals in 40 starts to finish as the division’s joint-tenth top scorer. Totalling 49 competitive matches shattered his previous best of 14 at Hull in 2017/18.

After returning to Anfield two months ago, Wilson featured in all seven Liverpool’s pre-season friendlies, starting five. He netted against both Borussia Dortmund and Olympique Lyonnais. Jurgen Klopp, though, decided the right winger wasn’t ready for his Premier League squad. To be fair, the German has Mohamed Salah occupying that position. Back up is supplied by both Xherdan Shaqiri, Alex Oxlade-Chamberlain.

Wilson’s versatility means he can play across attacking midfield. A good finisher who possesses a superb shot from distance, his crafted passes are useful in the number ten role. Trickery to elude opponents helps him succeed as a wide man.

Liverpool’s potential loss is Bournemouth’s gain. Wilson’s off to a promising start in a Cherries shirt. He scored what proved the all-important second goal in their 2-1 win away at Aston Villa last Saturday when his long-range strike ricocheted in off the post. 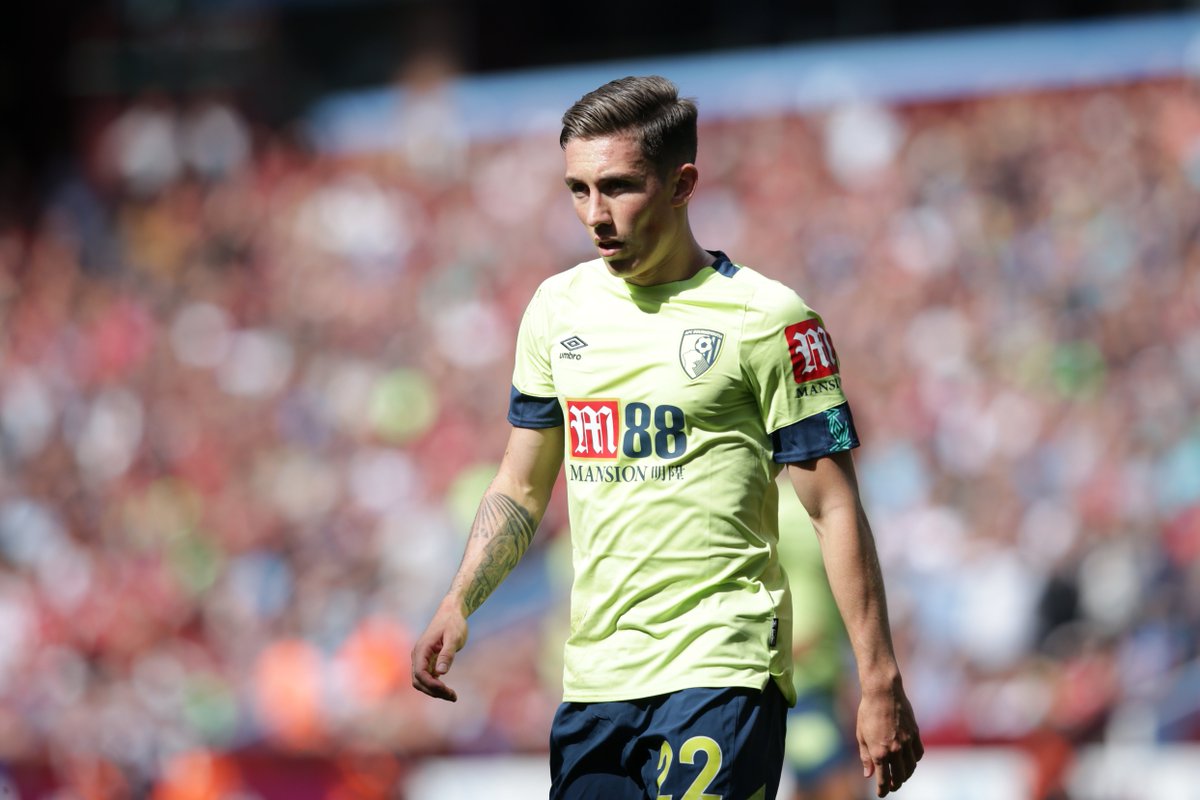 Wilson will enjoy a license for freedom under Eddie Howe. The English manager prefers an attacking approach. That was demonstrated last campaign as Bournemouth recorded 56 goals, more than any team outside the top six.

Striker Callum Wilson proved instrumental, netting 14 times in 23 appearances. The England international forms an effective partnership with Norwegian Joshua King, who himself bagged 12 goals last term. Harry’s role is to provide for those two frontmen while complementing his opposite winger, Ryan Fraser.

Wilson will aim to follow in Fraser’s footsteps. The Scot’s continued to improve since joining the Cherries in 2013. His performance last season, in which he scored seven goals and racked up 14 assists, finishing behind only Eden Hazard in that regard, attracted interest from Arsenal.

A path to avoid, Wilson’s new teammate, Jordon Ibe hasn’t lived up to expectations after arriving for a then-club record £16 million from Liverpool. The Englishman’s made a meagre ten goal contributions in 76 appearances during the last three campaigns. He’s yet to feature in 2019/20.

Should Wilson most closely emulate Fraser, not Ibe, he’ll strengthen his position with Wales. The 22-year-old’s already earned 11 caps, scoring twice. Flourishing at Bournemouth will put him further into Ryan Giggs’ thoughts. The Manchester United icon needs all the in-form players he can get as his Dragons’ Euro 2020 hope is diminishing. They’re placed fourth of five teams in their qualification group.

Fortunately for Howe’s side, they’re currently faring better than Wales. An opening day 1-1 against Sheffield United followed by beating Villa puts them in seventh. They’ll be determined to at least achieve a top-half finish to surpass their 14th-place last time around. Next up is today’s daunting prospect at home to champions Manchester City. Wilson should start again. Then, they welcome Forest Green Rovers Wednesday in the EFL Cup before resuming league duties with a trip to Leicester City three days later.

Wilson will target to play every game when fully fit. This is his first opportunity to shine as a Premier League player. Pass the test, he’ll forge a top-flight career. Fail it, he could drop back to the Championship.

Everything's in place for Wilson to produce a stellar season at Bournemouth. The question is, will doing so give him a look in at Liverpool or does his long-term future lie elsewhere? Like on the South Coast, perhaps.