Since their promotion to the Premier League four years ago, Bournemouth established and consolidated their status as a top-flight club. Expectations on the South Coast club aren’t that lofty but we’re in a generation when everything changes rapidly. If it doesn't, that's as much a problem as a downward trend. Avoiding relegation isn't sufficient. Consistently finishing midtable fails to impress as well. People always demand more. Unfortunately, the Cherries may have given everything they can. The pressure is beginning to tell.

Optimism rode high to start the season and rightly so. Bournemouth did some smart business in the summer transfer window while keeping their key players. Perhaps that was the best way to move to the next step. But things don’t go the way you intend oftentimes.

Saturday afternoon’s defeat against apparent champions-elect Liverpool was their fifth on the spin. The prior loss against 10-man Crystal Palace was their worst performance of the young season. The problem? Eddie Howe’s men are too predictable. Their win against Manchester United, the only one in their last ten league games, seems to be an anomaly.

Howe and his squad appear bereft of ideas. They’ve scored more goals [10] from dead-ball situations than from open play [8]. Callum Wilson and Ryan Fraser’s form is practically invisible. The duo set the league alight last season. Their synchronicity was telepathic. Now it's pathetic.

However, Wilson and Fraser don't bear the blame alone. Bournemouth’s struggle is a collective slump. Nathan Ake and Steve Cook maintain a formidable partnership at the heart of the defence but, overall, the team's defence is subpar.

Premier League Panel
PremLeaguePanel
Follow
Bournemouth created zero big chances against a Crystal Palace side who had 10 men for 71 mins and a defence which had Martin Kelly (backup RB), Kouyaté (a DM - no Cahill or Sakho) & Schlupp (backup LB).

Eddie Howe: “That's as low as I've ever felt as #afcb manager.”

The backline was never a strength at Dean Court. Last season, they conceded 70 goals, the third-worst defensive record in the league. They made up for it at the business end by scoring 56, highest among any side outside the top six. Bournemouth are renowned for their attacking character. This season, the cast hasn’t been up to it. The situation continues to deteriorate. Bournemouth went without a goal throughout October. They played only three matches but two were against Norwich and Watford. Combined, the two relegation sides register 64 goals surrendered, yet both kept clean sheets against the Cherries.

Howe’s reluctance to ditch his 4-4-2 exacerbates the problem. The 42-year-old used the system well over the years but people notice and they adjust. Howe’s obstinance holds the squad back. It's time for a fresh approach.

Bournemouth’s midfield is devoid of creativity. It’s easy to see why. Howe prefers Philip Billing and Jefferson Lerma in the middle while the more dynamic Fraser and Harry Wilson operate from the wide areas. Wilson is a revelation but the Welshman’s best position is as a No.10 rather than a winger. Billing and Lerma are too defensive-minded to pull the strings. Howe needs a playmaker in an advanced role.

Meanwhile, Arnaut Danjuma started slow.  The Dutch winger was Howe's marquee signing in the summer, coming from Club Brugge for £16 million. He's started four league games, lasting the full 90 twice. Lloyd Kelly is yet to kick a ball this season. 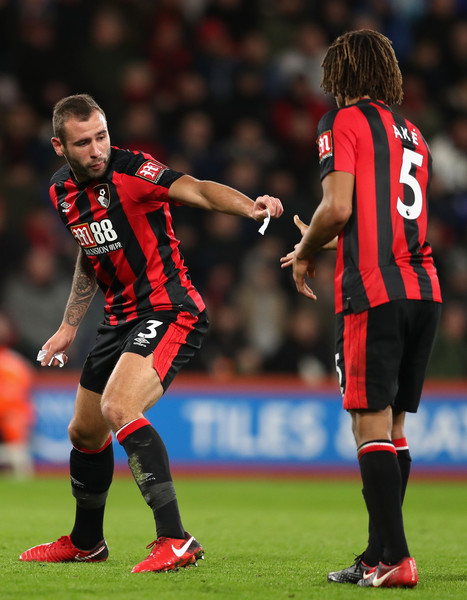 Help isn't on the way. David Brooks requires another month before returning to training. Steve Cook fractured his wrist against Spurs. Ake hobbled off after 35 mins against Liverpool. Injuries couldn’t have come at a worse time. The squad thins as the fixture list thickens. Howe has a lot of thinking to do and little time to do it.

The Cherries face more question than they can answer at the moment. Fortunately, most Premier League teams have been inconsistent this season. Howe’s side are 15th in the table on 16 points in 16 games. They're only a point above the drop but within seven of Tottenham in seventh. In such a crowded table, a run of results rockets any side up the standings.

And that’s where the things get trickier. Bournemouth’s remaining December fixtures are Chelsea, Burnley, Arsenal and Brighton. Considering their current form, they’re likely to drop more points. As Howe said after the defeat at Selhurst Park, "There's no hiding place." It's up to the Cherries to fight their way to safety.