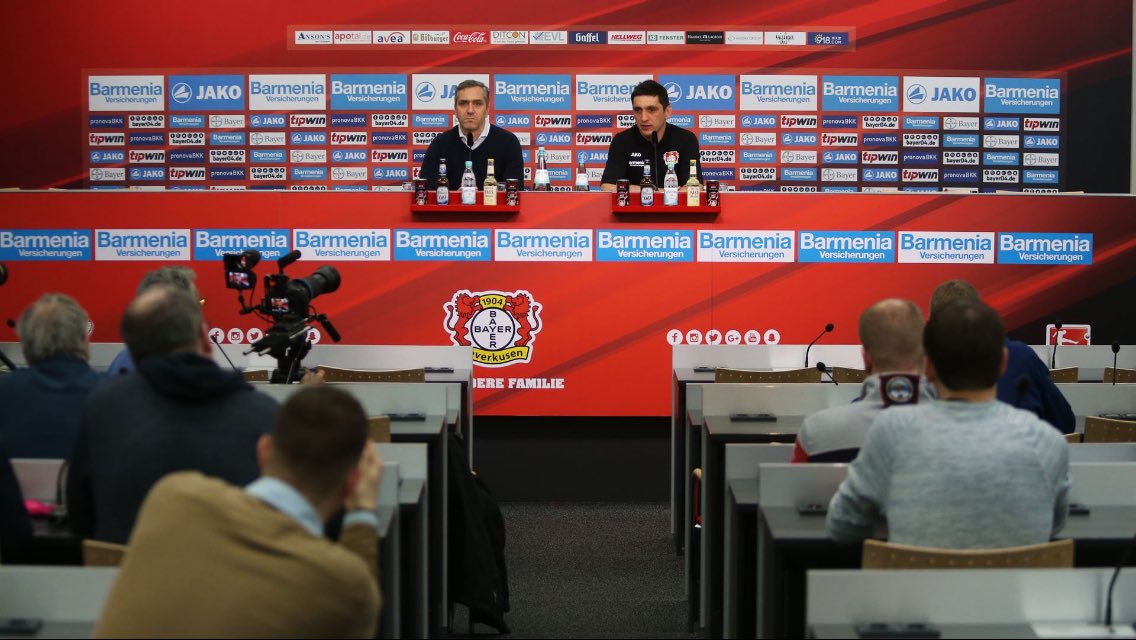 Bayer 04 Leverkusen
bayer04_en
Follow
"We know what @werderbremen_en can do. We must be flexible, carry out our own game, and be also prepared for contingencies." - Korkut https://t.co/cOGDQY5cXr
Follow
15:01 PM - 9th Mar 17
2
6
New Bayer 04 boss Tayfun Korkut will have his hands full with a confident Werder Bremen side this week. Maximum points from their last 3 fixtures have eased their worries somewhat when it comes to the relegation battle.

Korkut has until the end of the season to show what he can do, though judging by his short career to date this feels like somewhat of a stop gap appointment. A spell in charge of Hannover 96 yielded a 32% win ration from 48 games and a short stint in charge at 2nd Division Kaiserslautern this season ended at the Winter break for reasons that are still not clear. Unless he can somehow secure a Europa League spot and inspire a significant improvement in the performances, I would bet on the “Werkself” having someone else in charge at the start of next season.

It is hard to believe he can turn things around by Friday night in time for a win so I will tip the draw.

Fresh from humbling Arsenal yet again this week Bayern will surely do the same to an Eintracht Frankfurt side in absolutely rotten form in the Bundesliga. It is four defeats in a row now and only a similarly bad run for Köln see's them still in contention for Europa spots. It will surely get worse before it gets better on Saturday. 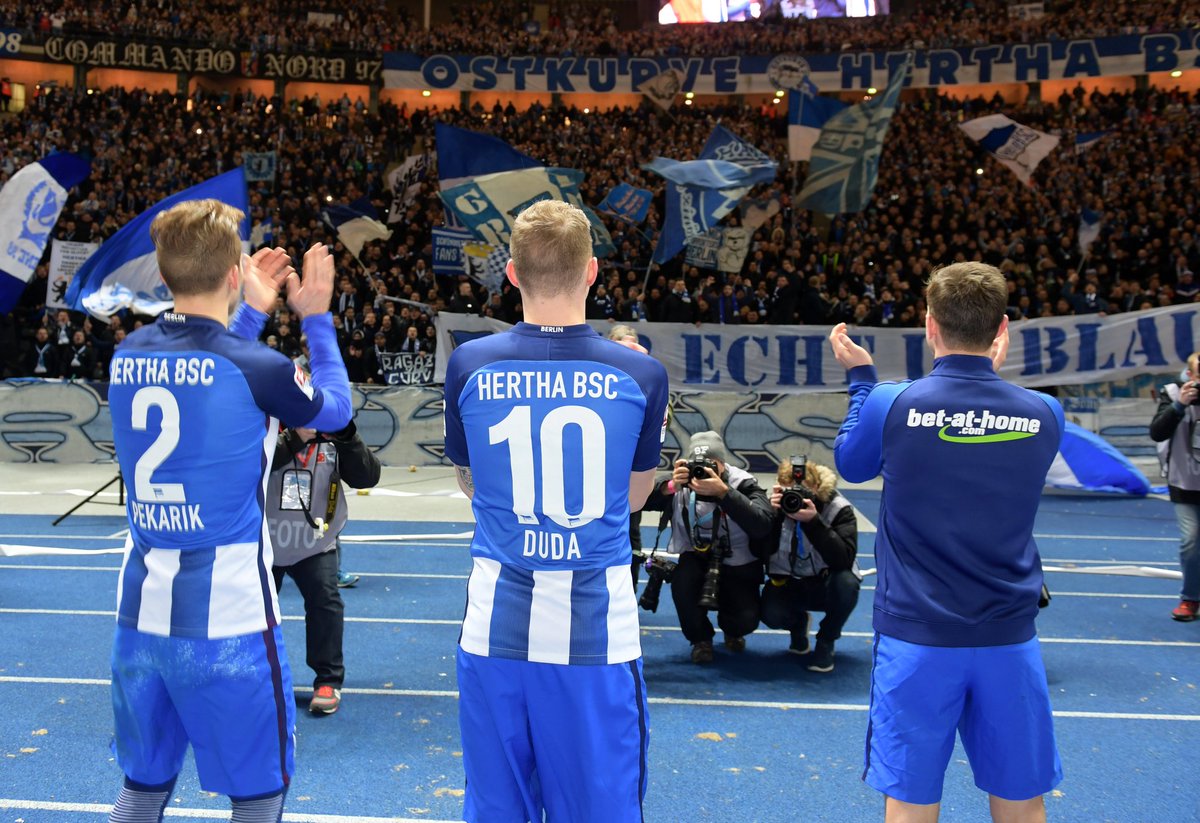 Hertha Berlin
HerthaBSC_EN
Follow
Friday is finally here! 🎉 Just one more day until #BSCBVB, we can't wait! 💙 #hahohe https://t.co/qtvXZCeJtJ
Follow
08:26 AM - 10th Mar 17
2
12
By far the hardest game for me to tip this weekend. Borussia Dortmund had a tricky fixture to negotiate midweek against Benfica. A brilliant performance from Christian Pulisic and a hat-trick for Aubameyang secured a fantastic 4-0 win. Scoring 12 goals in their last 3 league games will have given them a decent amount of confidence as well. Unfortunately Marco Reus is out yet again and Mario Götze has a serious-sounding problem, for now classified as “metabolic differences”.

Hertha were outstanding two weeks ago, extremely unlucky to only draw with Bayern before comfortably rolling over rivals Frankfurt. Last week was a big step backwards. In mitigation Hamburg turned in one of their best performances of the season but that was the type of fixture that ended up costing Berlin last year. An improved display this week is surely coming

Last chance for Darmstadt. If they want to have any chance to stay in the Bundesliga they have to win this week. Should they lose and either/both Hamburg or Wolfsburg take points they could be 14 points from the Relegation play off spot with just 10 games to go. The fixture list is hardly kind either, away trips to Bayern, RB Leipzig and resurgent Mönchengladbach are all still to come. Put it this way, I will not be putting my money on them escaping.

Mainz have had a decent 2 weeks, picking up 4 points to pull themselves away from trouble a little. They won't get much further than their current 11th but another win here will soothe any lingering doubts about the relegation places.

Freiburg have been making a mockery of my predictions all year. It is hard to tip against them this week, a home tie, technically a derby, they should be well up for this.

Hoffenheim are another side confounding preseason expectations, they should be delighted with this year's progress. A point here would be a great result and keep them on track for the Champions league play off! 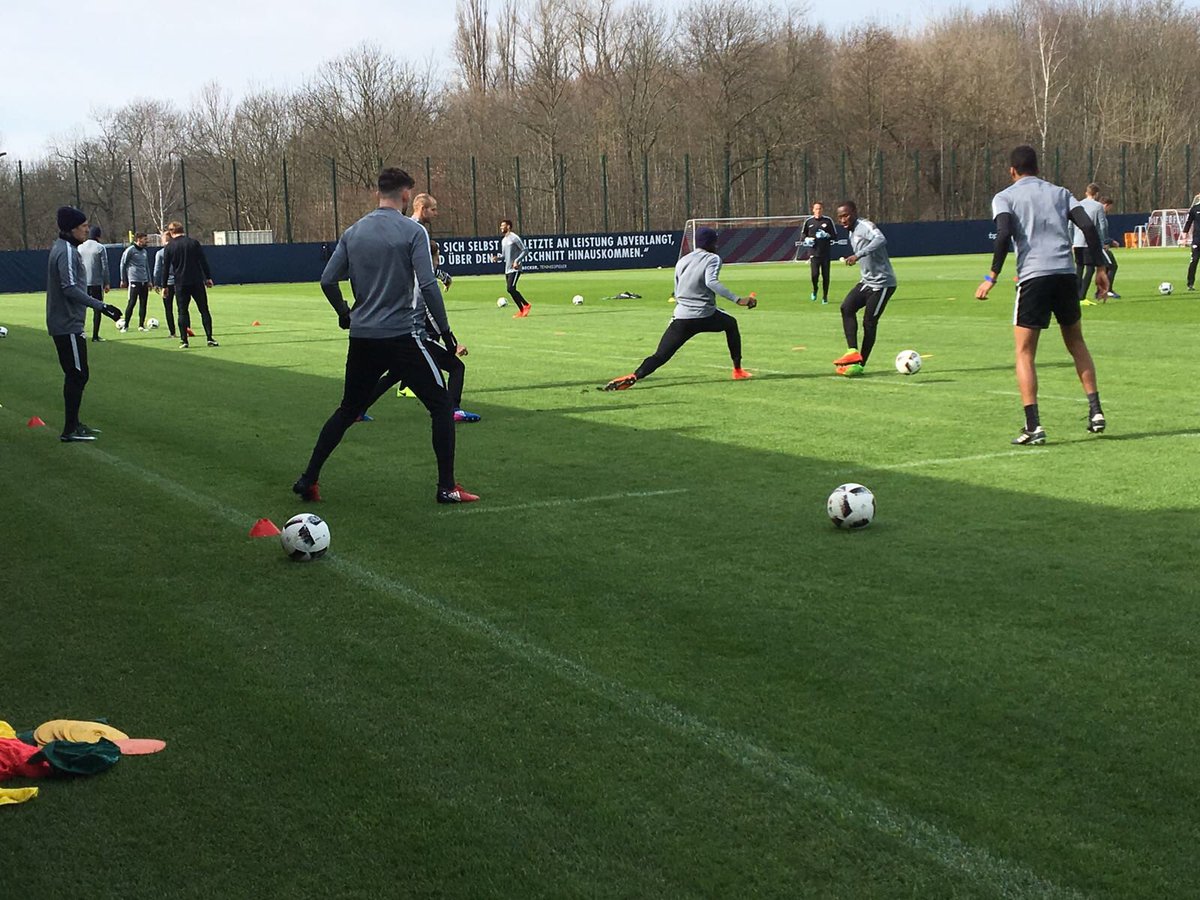 RB Leipzig English
RBLeipzig_EN
Follow
The hard work is being put in at Cottaweg, as #DieRotenBullen prepare for #RBLWOB 💪 Naby #Keita is back on board following his foot injury! https://t.co/UUtxwGTRnn
Follow
11:46 AM - 9th Mar 17
2
7
A little hiccup last week against Augsburg probably extinguishes any remaining hope of catching Bayern for the Bundesliga title. 100% focus on securing Champions League football as quickly as possible now for RB Leipzig.

Wolfsburg immediately looked more stable last week after Andries Jonker took the helm. That being said, Leipzig are a rather stiffer challenge than Mainz. After this week comes a run of fixtures that will make or break their season, starting with Darmstadt at home next week.

A bumpy patch of form for both sides means both have lost contact in their various battles. Ingolstadt are now 5 points behind the Relegation play off place while Köln are now 8 points behind the Champions League spot. A draw suits neither side but I can't see past it.

With Schalke in Europa League action in the 2nd part of their trilogy against Mönchengladbach this looks like an ideal opportunity for Augsburg to steal an away win. They are on a good run of form with 3 wins and a draw in their last 6 games. Schalke surely only have the Europa league to play for.

That being said, Markus Weinzerl will want to beat his old side. It would be embarrassing to finish below them in the Bundesliga table and they are still only 4 points clear of the relegation spot.

Hamburg are much improved at home recently, culminating in last week's very professional win over Hertha. If they can secure a result against red hot Mönchengladbach it would be a real boost to their system. With Borussia in European action midweek they will not have many better opportunities.