By Mark Dannell
Bundesliga European Football Fc Ingolstadt 04 Germany Match Preview Relegation Sc Freiburg Slider Articles Sv Darmstadt 98
Crucial ties for the teams struggling against Bundesliga Relegation this week. All eyes will be on Ingolstadt vs Bremen while anything but a Darmstadt win will spell the end.

Just to quickly wrap up last week's action:
That is five right, four wrong from my picks. Average going into the final five weeks - 4.34. 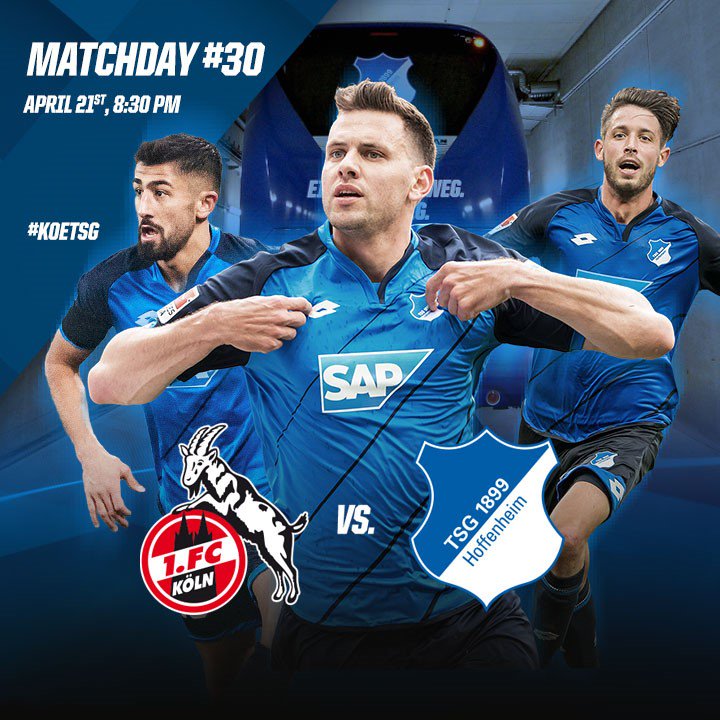 TSG Hoffenheim EN
achtzehn99_en
Follow
MATCHDAY. #TSG away in Cologne. 3 points would be nice, because then we wouldn't only set a new club record...😉 #KOETSG https://t.co/Qgwwzwnjsf
Follow
10:00 AM - 21st Apr 17
3
9
Not a good result last week crashing to Augsburg for Köln. Having inform Hoffenheim visit is hardly ideal either. Both sides have European dreams but while Hoffenheim should secure their participation in the Champions League over the next couple of weeks, Kölns dreams of the Europa League are going to come right down to the wire with even Augsburg down in 16th place still only 8 points behind them. With Dortmund and red hot Bremen still to play in the next two weeks, they are in big danger of missing out.

Bayern feel somewhat hard done by after crashing out of the Champions League this week. That capped off a thoroughly disappointing ten days after they were also held to a lacklustre goalless draw at Leverkusen last weekend.

Mainz picked up a crucial three points over Hertha and they could be worth their weight in gold come the end of the season. They will surely not be picking anything up this weekend.

Hertha Berlin
HerthaBSC_EN
Follow
#tbt time! 1️⃣9️⃣ years ago an early goal was enough to beat @VfLWolfsburg_EN. We'll take scoring at any time on Saturday 😜 #hahohe #BSCWOB https://t.co/0O114RwOdE
Follow
19:52 PM - 20th Apr 17
0
1
Another blank away from home last week for Hertha but it seems they are not the only side tripping over their own feet on the run in. At home, they are a vastly different proposition.

Wolfsburg was another side to pick up a much-needed win last weekend, putting some daylight between themselves and Ingolstadt in the process. Another point here would be most welcome but it is hard to back one of the most unpredictable sides in the division.

Hamburg will surely consign Darmstadt to relegation this weekend. Should Hamburg win or even gain a point Darmstadt will be down. A fighting performance last week against Schalke was all too little too late but they should be well equipped to come straight back up.

Arguably the most important game of the weekend. Ingolstadt are in last chance saloon territory with Mainz, Augsburg and Wolfsburg all winning last weekend. Werder are in 8th place after their fantastic recent run!! They have 3 winnable games before facing Hoffenheim and Dortmund to wrap up the season. Incredibly difficult to call this one so I will split the difference. 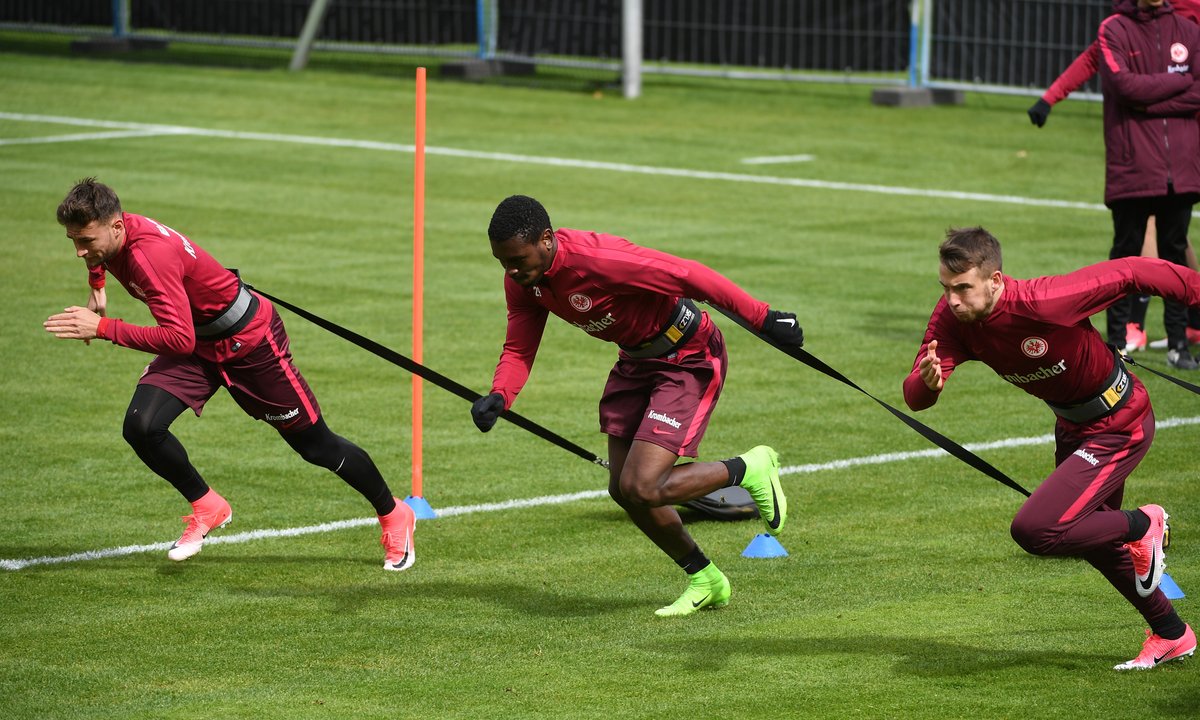 Eintracht Frankfurt
eintracht_eng
Follow
FOCUS
Hard work, good mood and team spirit - three days until #Eintracht v @FCA_World (Sat 15.30CET)! #SGE #SGEFCA #WorkHard https://t.co/SY75n0LHQw
Follow
13:46 PM - 19th Apr 17
0
14
After threatening the Champions League places for a long time Frankfurt have now not won a game since the 5th of February. Augsburg probably saved their bacon last week but will need a few more points from somewhere if they don't want to face the relegation play-off. Next week will be a better chance against Hamburg at home. Frankfurt will be contesting the Cup semi-final this week and the players should be desperate to get back to winning ways beforehand.

BMG have a very kind run in after this week and I would not be surprised to see their focus on the Cup Semi Final on Tuesday night. One or 2 top players might sit out as getting to the final will probably secure their European Qualification regardless of league performance.

Dortmund exited the Champions League in the week and for them, the challenge is making sure they qualify for next season. The injury problems are calming down somewhat now and I think they should have enough quality to see them through on Saturday evening.

A lot of people feel Freiburg qualifying for the Europa League would be a disaster for them in terms of next season. I don't see it that way and I am sure the players don't either. Who wouldn't want to test themselves, not to mention the ability to attract a higher calibre of player. They could take a decent step towards it this week with a win.

Leverkusen have to win this game if they want to take part in the Europa League. They put in a decent shift against a lack lustre Bayern last week but offensively they look blunt. 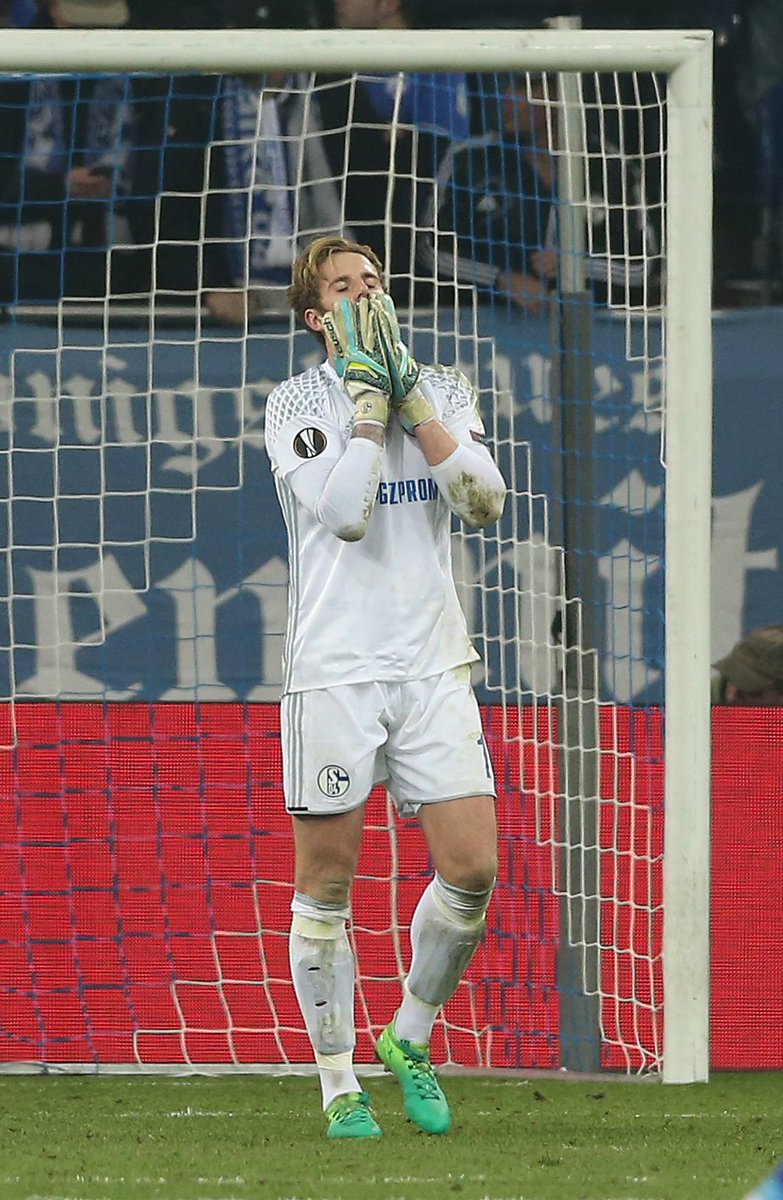 FC Schalke 04
s04_en
Follow
We threw all we could at it, but fate went against us. A brave performance that deserved so much more. #S04AJA #s04 https://t.co/EcAohIkteT
Follow
00:43 AM - 21st Apr 17
15
43
Extra time defeat for Schalke this week in the Europa League quarter-finals was a peak Schalke moment. With a man advantage heading into extra-time, they then scored to lead the tie, only to somehow let an exhausted and ten-man Ajax side grab an away goal and then concede again on the counter to lose the tie in its own right. All that remains is to try and secure Europa League football now via the league.

It is hard to see past a rejuvenated Leipzig side, rested from mid-week picking up the 3 points and moving one step closer to securing 2nd place.