Is the Bundesliga's coronavirus plan over the top?

The Coronavirus has sent sport into a worldwide crisis, and nobody has a clue quite how to deal with it. Apart from the Germans, of course, who apparently have a plan.

Football is facing postponements and cancellations across the globe with the top European leagues deciding to suspend all matches until at least early April. After opting to play this weekend’s matches behind closed doors before the postponements, the Bundesliga subsequently went back on that call to leave everything until next month. While executives of leagues across Europe scratch their heads on how to decide the season from here, German outlet Express.de claims the Deutscher Fussball-Bund (DFB) have a proposal ready.

Under that proposal the current season would be cancelled, meaning the league leaders, Bayern Munich, would not win the title. However, teams that occupy the relegation spots would retain their place in the competition, with the league expanding from 18 teams to 22 for next season to make space for the current top four sides from 2. Bundesliga to still be promoted. The Champions League and Europa League spots would go to the teams that currently occupy the places. The league would eventually reduce in size again as additional relegation spots would be included next season.

The DFB believes this is the fairest way of sorting things out in such an unprecedented crisis. This way, the current league season doesn’t have to run into the next one, and it’s fair on sides in the second division which have invested so much money into promotion and could fall short due to the virus. It allows time for players to still have their summer to recover, or even for Euro 2020 to take place if the crisis is somehow settled by then. It’s a pretty positive approach overall from a financial point of view, with neither the relegation-threatened teams nor the promotion-chasing clubs losing out. 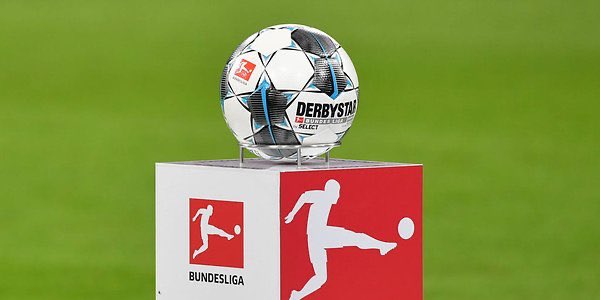 Teams that currently occupy European places would qualify to the CL & EL and the league would expand to 22 teams next season (chance for 4 new clubs to be promoted).

However, it’s a rather radical solution. It’s a long-term solution to what may only be a short-term crisis. Re-organising the structure of German football for the next couple of seasons due to a flu virus seems a bit much.

It’s rather harsh not to award titles after the majority of the season is already played. Telling players that all the hard work they put in over the campaign didn’t actually count is pretty outrageous. Imagine if the Premier League followed suit. Liverpool, currently sitting 25 points clear at the top, without a league title in 30 years, would not be crowned champions. Next season would then start like this one never happened. Although the majority of English fans would be in stitches, it would be a travesty for Jurgen Klopp’s Reds.

Likewise, in France. Paris Saint-Germain sit 12 points clear in Ligue 1 but would be denied another title. More than 2430 minutes of hard work, 27 games, not even counting the extensive preparation needed for every one of those matches, would not amount to anything.

At this point in the season there is no doubt that those two examples are champions-elect, so why not elect them champions?

Without being as drastic as the DFB’s proposed plan, the crisis must not be underestimated. Lives are at risk. That's why leagues are taking the executive decision to make these postponements. Rash decisions should not be taken yet, though. The focus should be on containing the crisis for the moment and dealing with the consequences when its full extent is known.