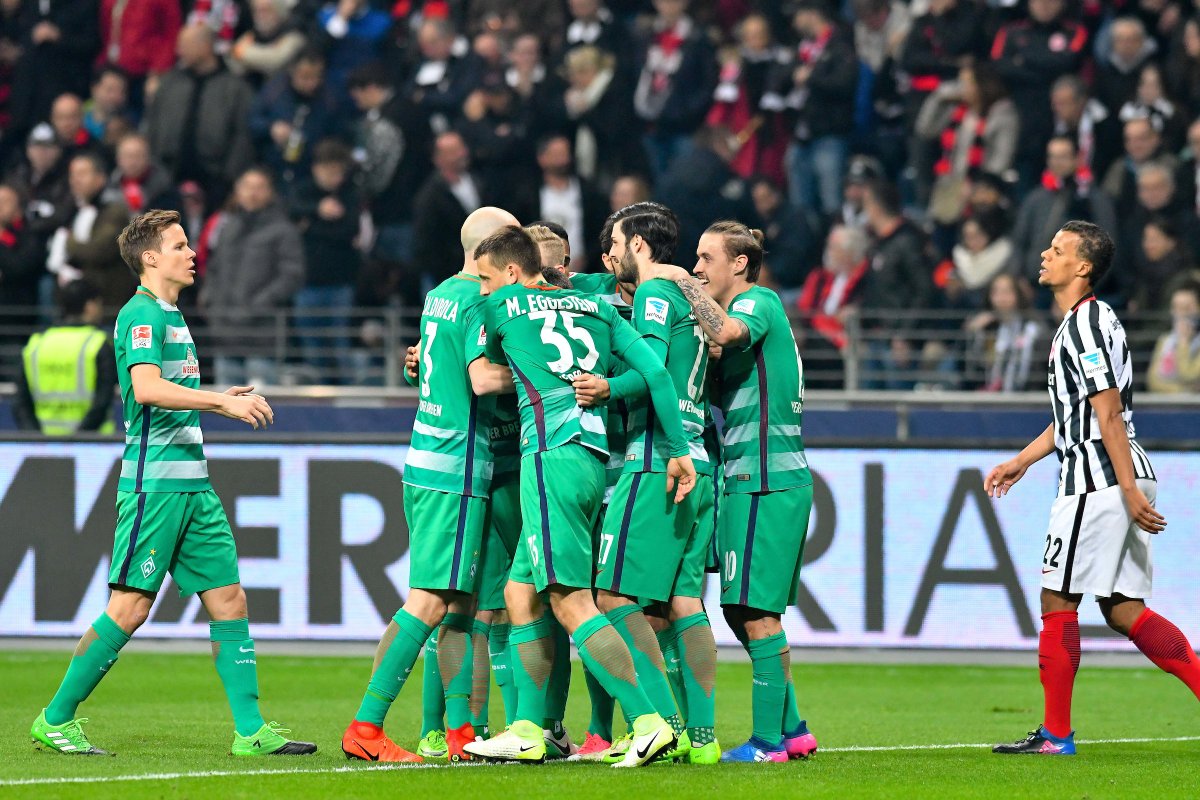 SV Werder Bremen EN
werderbremen_en
Follow
That's 8️⃣ games (6 wins, 2 draws) undefeated for #Werder! Our best run since 2011. 🙌 #sgesvw https://t.co/idKTrQOaCn
Follow
22:15 PM - 7th Apr 17
14
27
It was clear to see who was confident and who wasn't in the first half. Werder raced into a 2:0 lead and it looked like they would be cruising to another 3 points. Goals from Junuzovic and Bartels in the ten minutes before half-time put the icing on a particularly dominant 45 minutes.

Whatever Niko Kovac said in the changing rooms worked a charm though. Gacinovic immediately pulled one back and Marco Fabian made up for last week's penalty miss by netting the equaliser. It could have been all three at the end but Wiedwald continued his excellent form with a save from Fabian in the final 10 minutes.

Mainz are probably going to avoid automatic relegation due to the sheer incompetence of Augsburg but on this evidence, Ingolstadt should have no problem moving past them.

It was an ugly game, full of misplaced passes and heavy tackles. Freiburg had the clearer chances and it was no surprise to see super sub Nils Petersen score with his first touch in the 70th minute. That takes him level with Alexander Zickler as the player with most substitute goals in the history of the Bundesliga on 18.

There was time for Alexander Schwolow to make his customary excellent save and secure the points for Freiburg late on. The Europa League is beckoning.

Leipzig dominated the game from start to finish but were utterly frustrated by some well organised Leverkusen defence. Despite Willi Orban seeing red with just 2 minutes to go for a 2nd yellow card Emil Forsberg wriggled free in added time and teed up Yussuf Pulsen to slide in and leave Leipzig just one win from the Champions League. 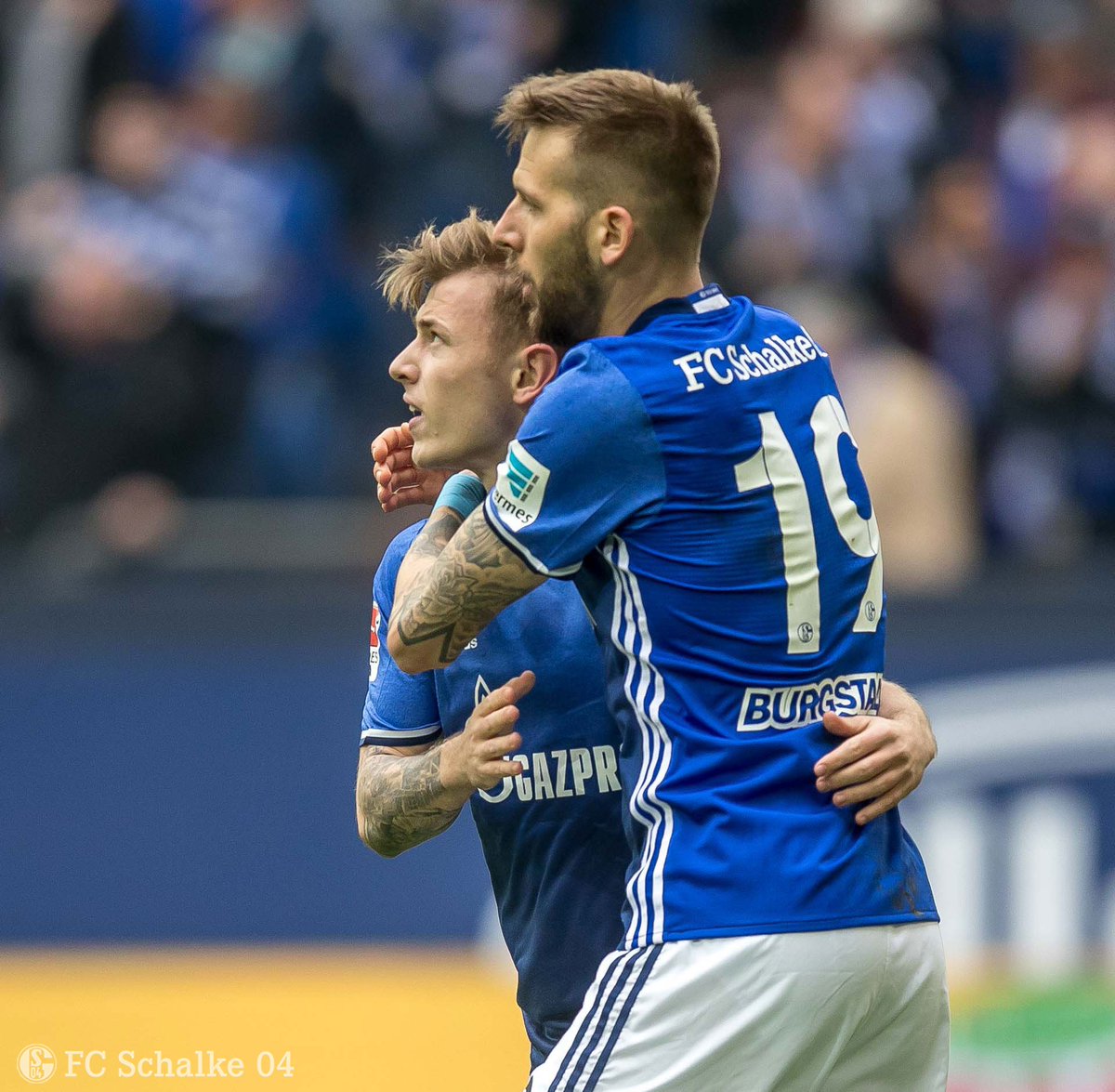 FC Schalke 04
s04_en
Follow
0️⃣4️⃣ snaps from our 4-1 win yesterday 📸 #S04WOB https://t.co/0Bt3VkCQLM
Follow
09:46 AM - 9th Apr 17
8
24
After praising Wolfsburg 2 weeks ago they have thrown in 2 awful performances in a row. Max Meyer who has been MIA for most of the season chose a good time to turn up for Schalke as well. Rumours this week of moves to several Premier League sides may be behind that.

A remarkably similar game to Der Klassiker which would follow later. 2 goals for Burgstaller, one each for Caliguri and Goretzka ensure that Schalke remain hard on the heels of the Europa league spots. A consolation for Mario Gomez was hardly deserved either. Wolfsburg needs a few points or they will be relying on the poor form of others to survive.

Goals galore in this derby with Köln twice equalising before ultimately succumbing. Vestergaard opened the scoring from a corner before Clemens equalised 5 minutes later. Traore then scored with what was an attempted cross early in the second half, Modeste equalised just 3 minutes later this time.

With time running out Lars Stindl broke his mini scoring drought, prodding home a rebound after Drmic hit the post. There was no way back for Köln this time and the race for those Europa League spots gets more entertaining by the week.

Aaron Hunt scored twice to double his goal tally for the season, Nicolai Muller was not too badly missed. Andreij Kamaric continued his good form with a netted penalty but it was a bump back down to earth for Hoffenheim after beating Bayern in midweek. Hamburg are not safe by any means but their continued excellent home form should ensure they stay up. 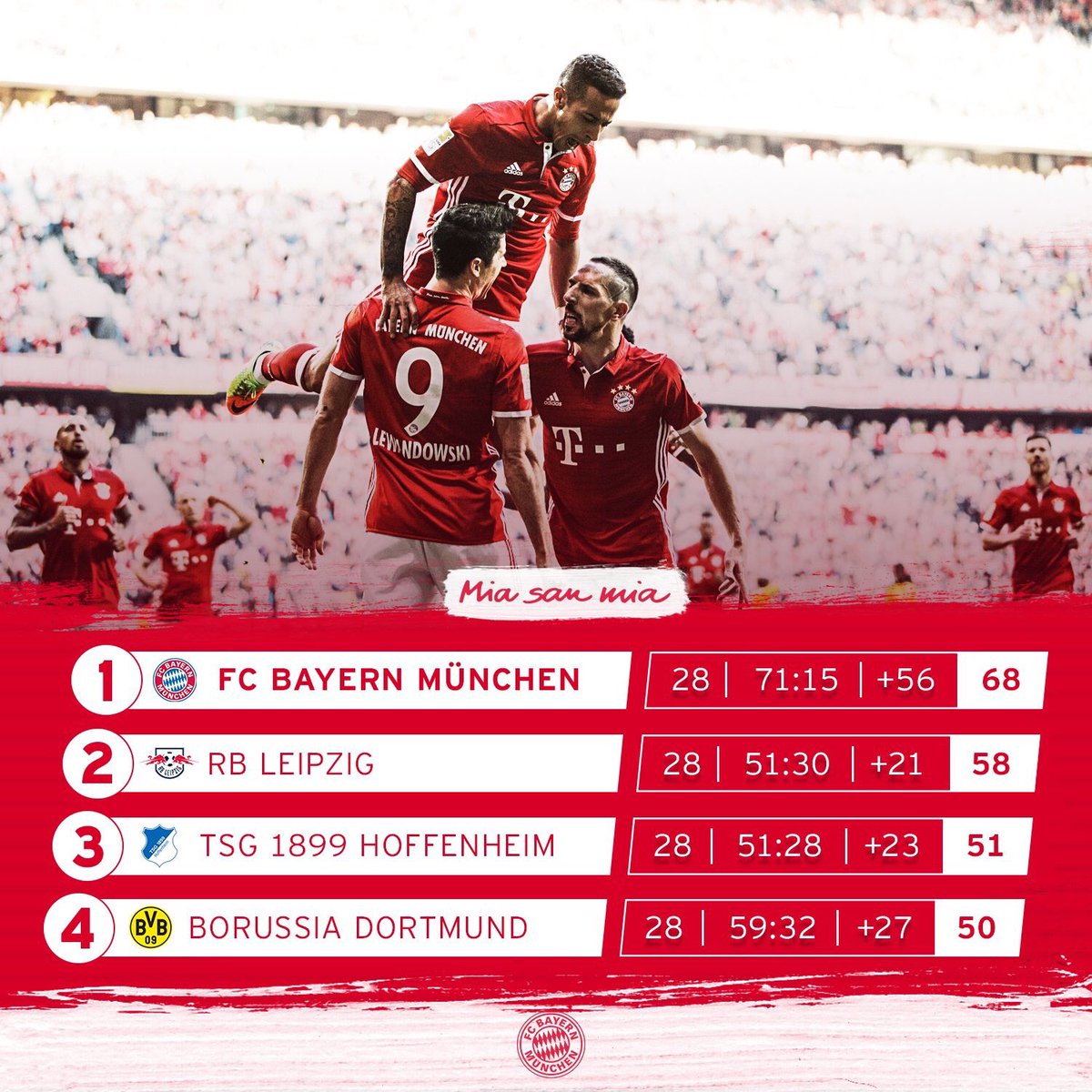 FC Bayern English
FCBayernEN
Follow
Won #DerKlassiker ✔️
10 points clear ✔️
Ready for Real Madrid ✔️
#MiaSanMia https://t.co/c3lHrQVkvR
Follow
07:27 AM - 10th Apr 17
132
353
It was a disappointing Der Klassiker fixture on Saturday evening. Raphael Guerreiro played defensive midfield and that tells half the story. A depleted Dortmund were duly dispatched with aplomb by Bayern. The Bavarians were keen to avenge the defeat in Dortmund earlier in the season and stormed into a 2:0 lead after ten minutes. The evergreen Ribery and Robert Lewandowski netted the goals. Guerreiro was able to pull one back before half-time but any hopes of a comeback were snuffed out with an Arjen Robben goal Arsenal fans would recognise, cut in off the right, curler with the left.

Lewandowski added some gloss with just over 20 minutes remaining. A chastening experience for Dortmund who ended the game with 3 teenagers on the field in Passlack, Pulisic and Mor.

Back to winning ways at just the right time for Hertha who could not have wished for more malleable opposition. John Brooks and Valentin Stocker netted in the first half and Hertha played the 2nd half at walking pace on a very warm Sunday afternoon. Back on track for the Europa league.

Martin Hansen
martinhansen90
Follow
That feeling👊🏻👊🏻👊🏻 We are coming for you!!!!!!!!!!!!!!!!!!!! @Schanzer #tillTheEnd 🖤❤️ https://t.co/hNIWB78REe
Follow
18:46 PM - 9th Apr 17
13
59
3 wins in a week for Ingolstadt and the survival dream is well on track. This was surprisingly the hardest of the lot. Ingolstadt took the lead only to surrender it inside 6 minutes before half time. It was Darmstadt who went in at the break perhaps looking towards survival.

Maik Walpurgis was a surprise choice to take over when the change was made. He is, however, making an excellent fist of things and whatever he said at half time was at least on a par with Niko Kovac! 2 goals in 4 minutes around the 70th minute, the first from the excellent Cohen and a direct free kick from Suttner secured the 3 points. That leaves the Schanzer just one point behind Augsburg and Mainz. Next week against Wolfsburg is a MASSIVE game.