The Bundesliga wrap up - Life in Darmstadt yet, while the Bulls crash and burn

I thoroughly enjoyed the Friday night Bundesliga fixture. Leverkusen dominated the first half and went in at the break ahead. Julian Brandt crashed one against the bar in the 7th minute and Kevin Volland followed up for his 2nd in 2 games to give Leverkusen the lead.

Just after half time Bremen keeper Wiedwald grabbed the spotlight. A super save from Bellarabi provided a shot of confidence and Bremen took the initiative. Junuzovic and Grillitisch both passed up a presentable chance to equalize after a cross from Bartels. With 15 minutes to go Claudio Pizarro was introduced and with almost his first touch (his hip!) diverted a shot from Bauer past Leno.

The drama was not over. Five minutes of injury time was to be played, the game meandering to a draw. Young Bremen striker Eggestein chases Heinrichs back and brings him down in the box, Penalty! Not to worry, Wiedwald caps an excellent game, saving an admittedly weak effort from Omar Toprak. A point a fair result, Bremen take another step towards safety.

Another regulation win and 2 goals for Lewandowski to close up on Aubameyang once again. A further plus point for Bayern was the return of Jerome Boateng.

For Frankfurt, as predicted but a run of easier fixtures to come now.

Another good game this weekend. Both sides came to play for the win, Hertha took the lead in the first half through Vedad Ibisevic. Despite the best efforts of both sets of attackers, the keepers ensured it remained 1-0 at HT.

Hertha knew Aubameyang would get a chance at some point and he used it well. Kagawa did most of the work, playing him through and the Gabonese made no mistake to equalize. It was coming up to the hour mark and it seemed Dortmund would turn the screw but back came Hertha. Castro passed up an opportunity to give BV the lead, Plattenhardt nailed a free kick into the top corner. Hertha held on for a great win and closed the gap on both teams above them this weekend.

I said it was last chance saloon for Darmstadt in the Bundesliga and they certainly took that message to heart! It was 2-0 within twelve minutes, goals for Sulu and Sam giving them a dream start. A goal back from Quaison in first half injury time set nerves a-jangling, feelings that would intensify after Vrancic saw red for a second yellow on the hour.

Somehow they held out for a morale-boosting win after three losses on the spin. With Hamburg and Wolfsburg winning it was certainly welcome.

A goal apiece in 4 minutes just before the hour mark settled this one as a draw. The 2 sides largely cancelled each other out with both sets of attackers frustrated from time to time. Philip netted a penalty for Freiburg to break the deadlock but Kramaric pulled one almost straight back with a thunderbolt.

Overall neither side could complain about the result. Both remain firmly in the hunt for the European slots.

Is it too early to call this a crisis for RB Leipzig? Another loss and worries after the game as Naby Keita collapsed and was rushed to hospital. 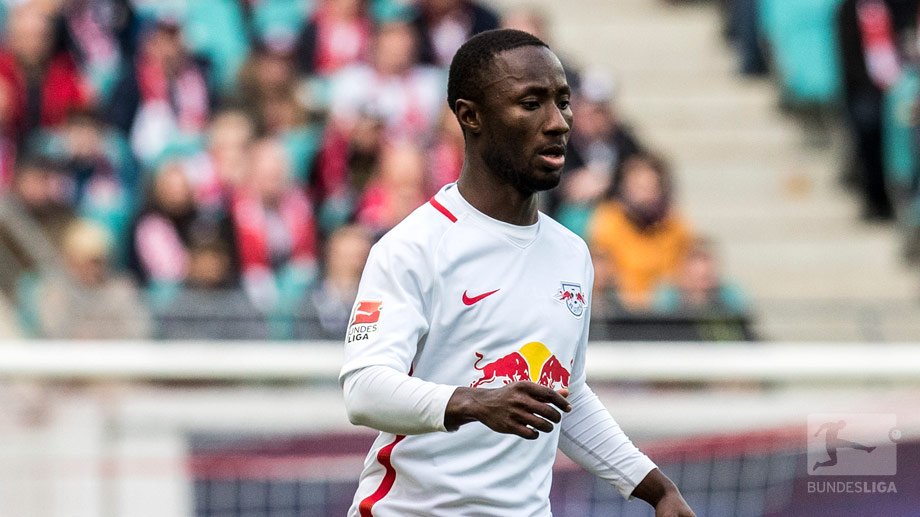 Bundesliga English
Bundesliga_EN
Follow
Great news! @RBLeipzig_EN's Naby #Keita has been released from hospital after suffering a circulatory collapse 👉 https://t.co/YEBV7myrkg https://t.co/dKMlqq9u66
Follow
12:21 PM - 13th Mar 17
10
43
Mario Gomez was the hero, his early season troubles forgotten now. It could/should have been more for Wolfsburg but the three points were absolutely vital with nearly everyone in the bottom half picking up points.

Another double for Anthony Modeste, that makes it 19 Bundesliga goals. It can only be a matter of time before a France call comes. It still was not enough to beat Ingolstadt though, hardly surprising as the Bavarians set a record for shots on goal in one game.

Lezcano and Bregerie scored the equalizers after Modeste had twice put Köln into the lead. An opportunity missed for Köln this week you have to feel.

That is more like it from Schalke! A double for Guido Burgstaller whose 6 goals in 12 games after a 1.5million Euro transfer fee is looking like a bargain. Fährmann saved a penalty and Caligiuri added the third in a very eventful first half!

Schalke were able to take their foot off the gas in the 2nd with an eye on their Europa League second leg. Choupo-Moting and Meyer could have added a 4th while Augsburg were toothless throughout. They are nowhere near safe now with other results this weekend. 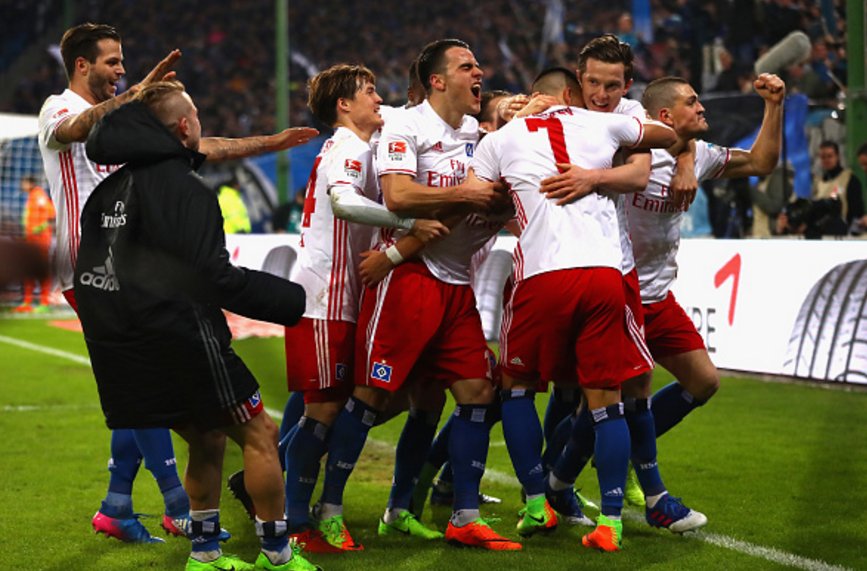 HSV News English
HSVnewsEN
Follow
We have not lost at home in the BL since November 5th (2:5 v BVB).
Since then, we have picked up 17 of a possible 21 points. #HSV https://t.co/Xe2bYqCf1t
Follow
18:30 PM - 12th Mar 17
8
27
The game on Sunday evening was excellent. A real back and forth with plenty of counter opportunities from the guests. It was a set piece which gave BMG the lead, Hermann crossed in for on-loan Chelsea man Christensen to nod in.

Then followed 13 minutes of blink and you will miss it action. Hamburg had 2 goals chalked off for offside. Gladbach were denied a goal by a worldie save from Rene Adler. And finally Hamburg did equalize, Kostic heading in. Yet another counter chance for BMG before half time, Adler standing tall in the one on one with Hermann to preserve the score.

In the second half, Hamburg had more energy to spare. Another offside goal was ruled out before Bobby Wood struck in the last ten minutes to secure the three points. What an advert for the Bundesliga!