In 2014, Asisat Oshoala announced herself to the world. The Nigeria women’s under-20 football team presented the young sensation with a golden opportunity to turn out for her country, while the 2014 FIFA Under-20 World Cup offered the platform. The 25-year-old striker did the rest, grabbing all the gold she could at the tournament, including winning the Golden Shoe for her seven goals, and the Golden Ball for being the most irresistible performer. Her country failed to win the competitions at the final hurdle, but Oshoala had won hearts both at home and abroad.

Before 2014 was over, the then 20-year-old Oshoala had been promoted to the Nigeria senior team. She went on to dazzle at the African Women’s Championship, emerging best player and second-best scorer. This time, her effort was enough to see her country lift the ultimate prize. Oshoala crowned her illustrious year by becoming one of the youngest ever player to be named African Women’s Footballer of the Year.

Fast forward to 2019. Oshoala has gone on to seal her place among the best footballers in Africa for the last decade. She’s not done yet. Oshoala looks primed to become the best women’s footballer on the planet. But is that achievable?

Oshoala’s only 24, but her achievement in the women’s game can scarcely be compared with many retired stars who were labelled successful. ‘Superzee’, as her moniker goes, has been named Queen of African football for a record-equalling four times. Only Perpetua Nkwocha, another Nigerian superstar, had won the award that many times. It’s almost cliché to say Oshoala will eclipse Nkwocha. While Nkwocha is long retired, Oshoala is only just beginning a long and blissful career.

Lack of exposure is what ensures that many world-class African footballers remain nothing but unearthed gems. In that regard, Oshoala shines through. She’s featured for top European sides like Arsenal and Liverpool. She’s gone to China and earned a bag of money before returning to Europe. Oshoala is currently enjoying a time of her career playing for heavyweights Barcelona in the Spanish Primera Division. 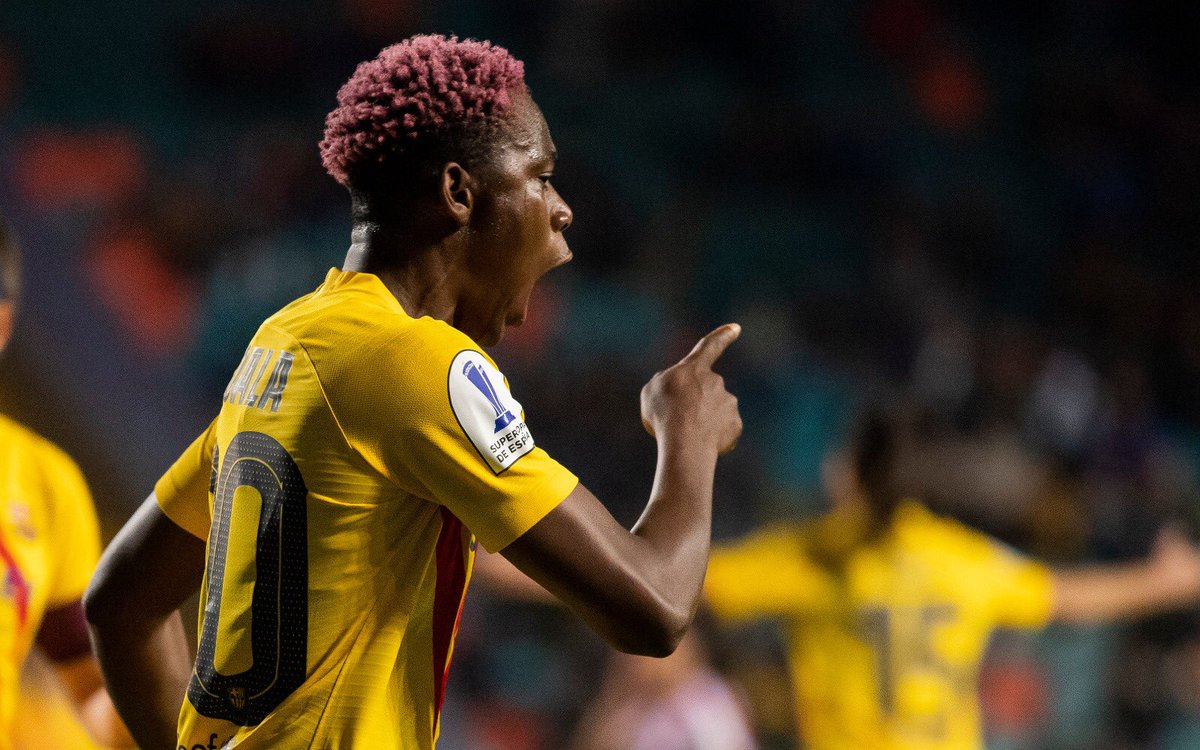 Again, Oshoala is turning heads with the Blaugranes. Her side is top of the League and she’s second top scorer with 15 goals from 17 games. Playing alongside someone like Lieke Martens, a former World and European best player, has immensely helped sharpen the rough edges of Oshoala’s game. Particularly her finishing. With the invincible pair, there’s next to nothing stopping Barca from breaking Atletico Madrid’s three-year vice grip on the Primera Liga title.

You know you’re good when the best in your business want you in their team. Oshoala must be thinking the very same thing. The best women’s football team in the world is Lyon. No argument there. They’ve won the French league [Feminine Division] a record 17 times and currently leads the pack in France by three points. In Europe, they’ve won the Champions League consecutively for the last four years.

But Lyon has a problem. Their top scorer and 2018 Ballon d’Or winner Ada Hegerberg is seriously injured and ruled out for the rest of the season. With the Champions League record scorer unable to help Lyon any further this term, the French giants turned their sights on Barcelona’s Oshoala. Apparently Barca wanted their striker more as they rebuffed two audacious bids for the Super Falcon.

Oshoala might’ve missed the opportunity for a bigger payday and possibly a Champions League winners medal this season, but it’s clear she’s attracting the right attention. You get the feeling if she can keep her head up and continue scoring, there’s little she can’t achieve. Including becoming the best women’s player in the world. After all, she won a similar award in 2015 when the BBC named her Women’s Footballer of the Year.