Can Chelsea hold onto Eden Hazard beyond the summer?

Eden Hazard has been the main man at Chelsea for several years now. Having played under Jose Mourinho, Antonio Conte and now Maurizio Sarri, the different managers have depended on the Belgian to lead the team to excellence. He has usually not disappointed. But the team's struggles in recent times have led to questions about his future with the club.

When Thibaut Courtois left Chelsea for Real Madrid last summer, speculations emerged that Hazard will be the next in line to move to the Spanish capital. The reigning European champions showed no concrete interest despite the need for a rebuilding job. Perhaps blinded by the enormous success, the club hierarchy felt there was enough quality in the squad to carry on. But the signs have been there all along that new signings had become necessary.

Los Blancos have struggled in Spanish football recently as Barcelona holds sway. The Blaugrana are helping themselves with the domestic trophies as their bitter rivals have dominated continental football. Back-to-back doubles won means the capital city side has continued to play second fiddle on the home front. When Cristiano Ronaldo failed to hit the high scoring form that has become part of his identity last season, the contest was ended quite early.

But he was firing on all cylinders in the Champions League and his goals brought the trophy home for a third successive season. It was marvellous. Enjoying so much success with the club he could as well stay back and continue with the exploits. He chose the opposite option. After a superb display on Tuesday night to single-handedly take Juventus to the quarter-final of the competition, Florentino Perez must be wondering why he allowed him to leave for Italy. 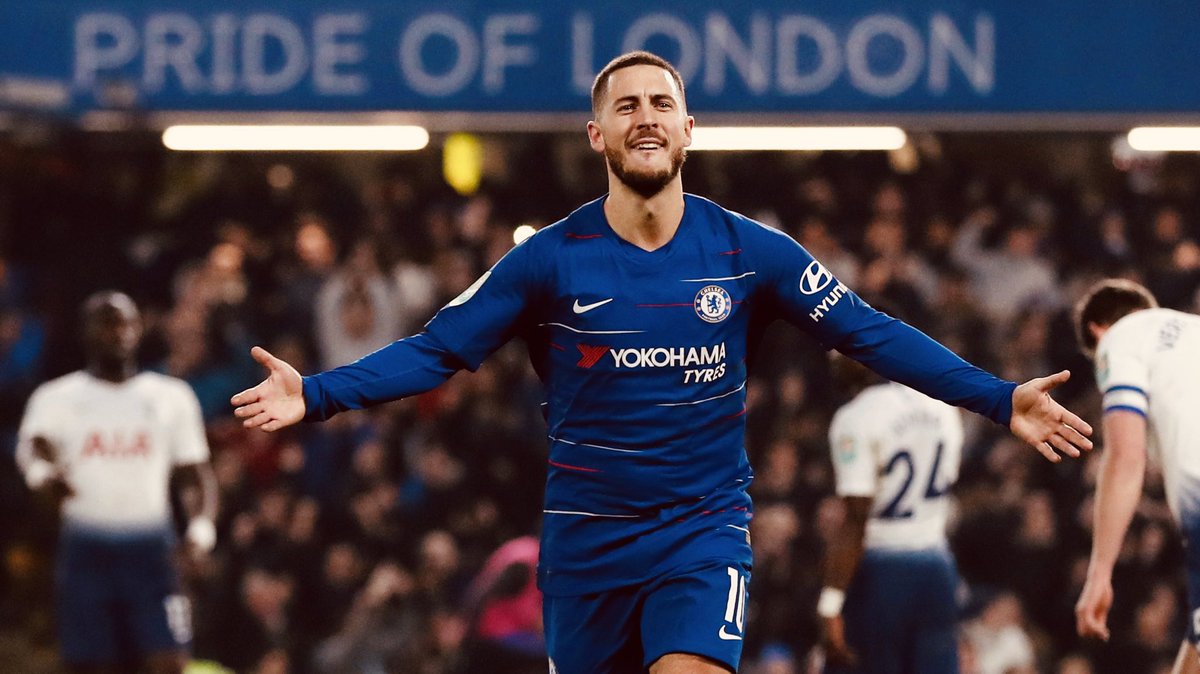 The bottom line is Ronaldo's departure left a gaping hole in the Madrid front line that only exceptional talent can fill. Enter Eden Hazard. Yes, he will need the help of a sharp striker to also finish up the chances he creates, but getting him will represent good progress in the quest to return the team to winning ways as far as trophies are concerned. Hence rumours are already flying that the club is making moves to sign the player.

That leaves Chelsea in a precarious situation. Hazard is by far the best player in the team at the moment. He bails the team out of trouble every now and then. His absence in the starting line up is always felt. Losing him would be a real blow to the side. Just as some talk of Messidependencia for Barcelona, for Chelsea it may be Hazardependencia.

Truth is losing the Belgian captain would hit the club hard. So naturally, it would want to do everything possible to keep him happy. But that's what the club has already been doing in the past few years. Yet, the 27-year-old wants more. He wants to play for Les Merengues. He calls it a 'dream’. Even offering to make him the best paid player in the Chelsea's history (good as that is) has not helped change his mind.

In fact, the only thing keeping Hazard at Stamford Bridge is the lack of an offer from the Santiago Bernabeu. If and whenever Real Madrid make a genuine move for his services, he'd be gone. His refusal to put pen to paper on a new deal leaves Chelsea in a very weak position; either sell in the summer or lose him for free the following year.

Therefore, the only way the club can hold on to it's talisman is if Zinedine Zidane does not want him at the Santiago Bernabeu. But if the Spanish giants want him and come for him this summer, Chelsea would hardly be able to stop him from leaving.