Can Eddie Nketiah fill in for Pierre-Emerick Aubameyang?

Pierre-Emerick Aubameyang is arguably Arsenal's most important player since arriving. His goals bailed the team out on numerous occasions but he also goes the extra mile to help the team in other aspects. He can often be seen tracking back to help out in midfield and defence, easing the pressure on beleaguered teammates. A careful observation of his game in the last few weeks will show him running to and fro along the wings, trying to snuff out opposition attacks and put his side back on the front foot.

During one such effort to close down Crystal Palace’s Max Meyer, he caught the player high on the ankle. Initially given a yellow card, the referee changed it to red after the VAR intervened. Arsenal's subsequent appeal failed. Given the nature of the tackle, it's surprising the club challenged the booking at all, especially when VAR so rarely changes on-pitch Premier League decisions. It's an indication of the club's desperation and a compliment to Auba's importance. The Gunners had nothing to lose and everything to gain.

With their talisman set to miss three games, it’s now a matter of how the team copes. Alexandre Lacazette's form suffers. Aubameyang shoulders the scoring responsibility almost single-handedly this term. The former Lyon man must step up now but another player can profit from the situation. Eddie Nketiah can make his mark if given the opportunity.

The 20-year-old spent the first half of the season on loan at Leeds. Five goals and an assist in 19 appearances for the Peacocks doesn't inspire but the Londoner mostly came off the bench while Marcelo Bielsa typically opted for Patrick Bamford as a lone striker. When you consider Nketiah played only 663 minutes and averaged a direct goal involvement every 110, the outlook changes. With Lacazette, Auba and Gabrielle Martinelli ahead of him in the Gunners' pecking order, he may go on loan to another Championship side who will play him more often. That shouldn't rule out Arteta taking a look at him while he's back in the squad. 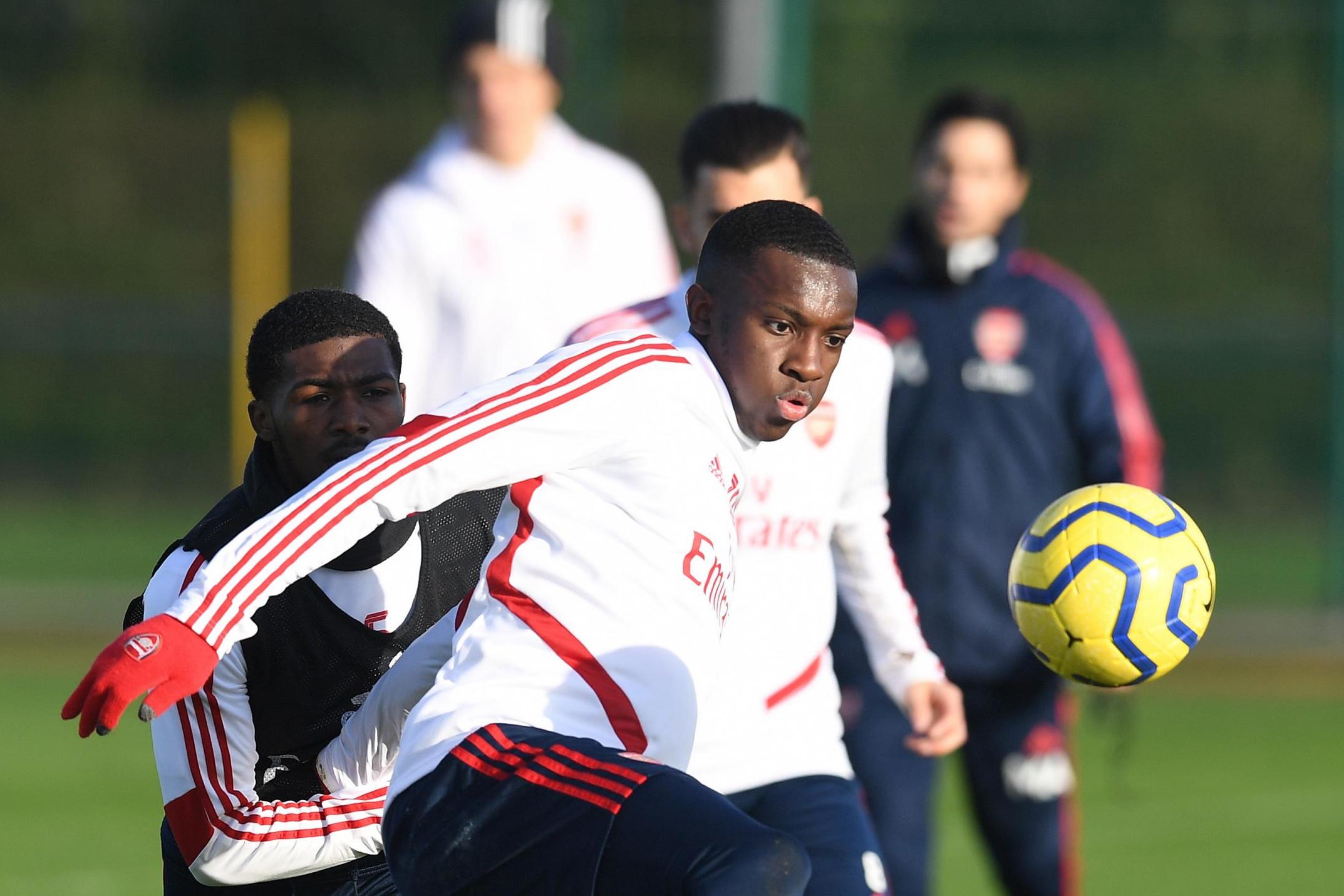 Going up against Arsenal's stalwart defence this afternoon is an interesting test. Chelsea is the middle game of the three Aubameyang must miss. Arteta may want to give him an opportunity against a more pliable rearguard even though a derby tilt will fire up the Blues. The third match is Bournemouth away. The Cherries are in a rough patch, at the moment. Given a start or two from the three matches, Nketiah may make an impression on the new boss.

However you view his time at Elland Road, the forward fit well in Unai Emery's system. He scored four times in the preseason, including a strike each against Bayern Munich and Fiorentina, earning Man of the Match honours against the Bundesliga champions. Apparently, no stage is too grand.

Turning to the likes of Martinelli and Nketiah could help salvage a campaign in ruins. In 10th and 11 points behind Chelsea with five clubs between, a Champions League place is wishful thinking. Even a Europa League berth is a challenge. Without continental football, the club could lose both Aubameyang and Lacazette next season. Giving the young Brazilian and Englishman starts now represents forward thinking from Arteta. Looking ahead is all the Spaniard and Arsenal can do in this moment.