Huddersfield and Newcastle face off on Saturday in a must-win clash at the bottom of the table, but how will the result affect the two teams campaigns?

The Premier League is very much split into mini-divisions this year, with the bottom seven being one of them. Newcastle could have closed the gap on the rest of the league on Sunday but defeat against Wolves keeps a sizeable gap between 13th and 14th place.

This season, more than in recent years the rift between those at the top and the bottom is wider. The points tally that the sides in the bottom seven currently sit on would see them comfortably in the bottom three in previous campaigns.

Despite this, Huddersfield and Newcastle are both very much embroiled in the relegation scrap having been promoted into the top flight two seasons ago, but how will Saturday’s game affect the remainder of their seasons.

All the sides at the bottom have had good runs which are crucial for any team to stay up, such as Cardiff who are the inform team of the seven currently and this has seen them move up to 14th.

Huddersfield’s season didn’t really get started until recently, but wins over Fulham and impressively at Wolves has got them going. However, as is generally the case for teams at the bottom the good run didn’t last long enough. Three defeats on the spin has pushed them back into the relegation zone, but they did show plenty in their 1-0 defeat at the Emirates on Saturday.

Snapping out of this form is crucial if they are to stay in the Premier League for a third successive year. After Newcastle they host second bottom Southampton, who themselves will be looking for a boost following the appointment of Ralph Hasenhuttl as manager.

Prior to their two victories, there had been calls from some areas for David Wagner to be sacked and that he has taken them as far as he can. These calls have gone quiet since early November, but if they fail in these next two games and are a few points off safety the calls will come back.

Defeat on Saturday would be a blow which could spiral for them. Confidence would be down and the Southampton game will look like a must win for both teams, heaping more pressure on that fixture before the successive games over the rest of the festive period.

Of the bottom seven, there are some teams that if drifting towards relegation I can see struggling to escape more than others. One of those is definitely Huddersfield and they have had a huge blow with Aaron Mooy being ruled out until February. He single-handedly took the game at Wolves by the scruff of its neck and they lack anyone else that can do similar. 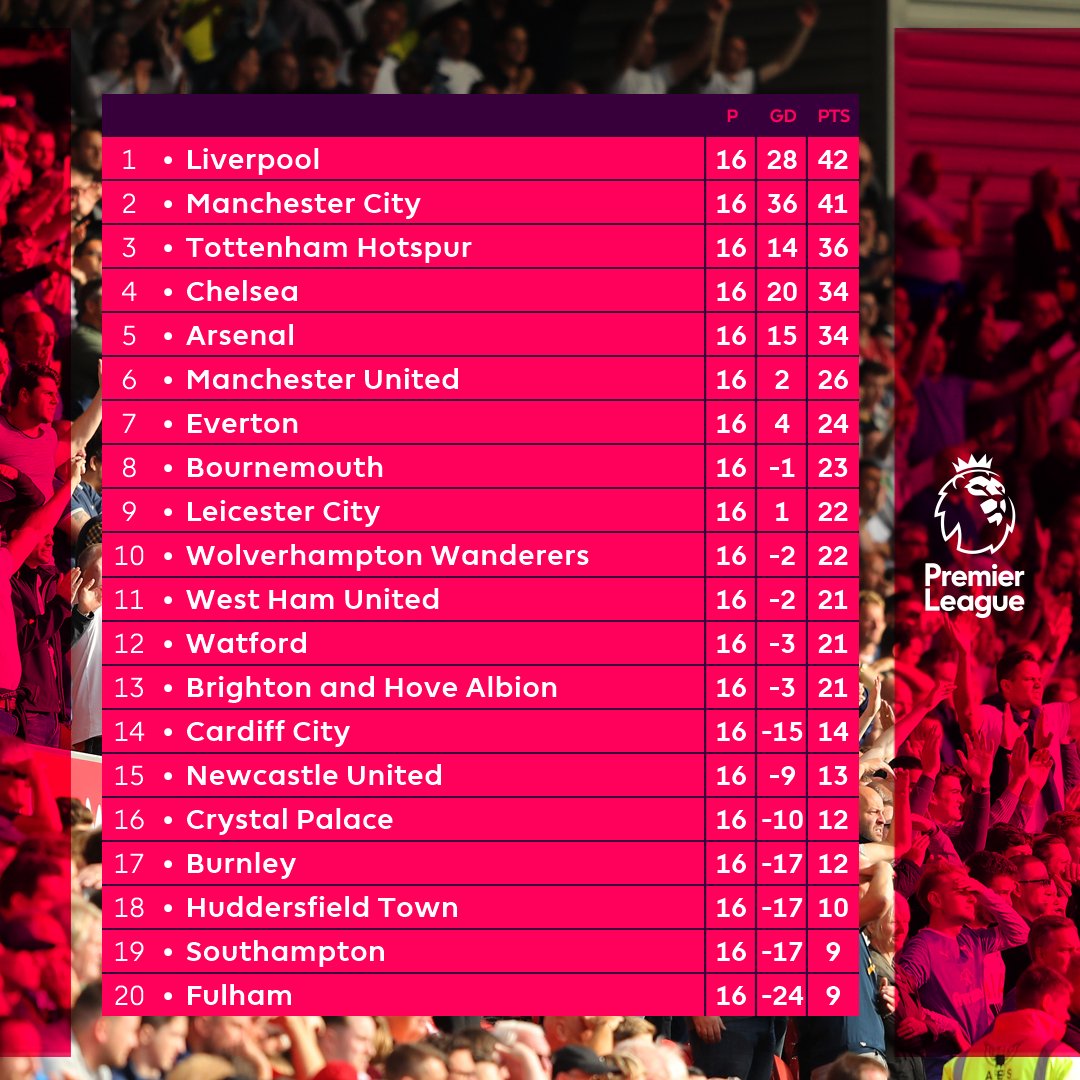 For the Geordies, the last month has been one of optimism on and off the pitch, but as they know too well it could all turn sour very quickly.  On the turf, The Magpies have reeled three wins on the bounce over Watford, Bournemouth and Burnley. Those victories have only moved them away from immediate danger, but it also sees Newcastle pushing for a place up towards mid-table.

Just as Huddersfield’s form dipped, though, so did Newcastle’s; with only one point from nine. However, with the exception of the 3-0 defeat to West Ham, many remain happy. They followed it up with a very good point at Goodison Park and feel they were hard done by in the defeat to Wolves after a late winner along with a debatable red card which killed off their chances of winning.

If the Magpies were to pick up the win on the road at the weekend fans will see it as them continuing their good run on the pitch while there are signs of optimism off it that Mike Ashley may be finally selling the club. While results will not affect the sale they certainly will affect the mood and feel of the fans and players.

Like Huddersfield following Saturday, they have another huge game on the 22nd, at home to bottom of the table Fulham.

For both teams, they will see this game and their next fixtures as a chance to move clear of the drop zone before harder tests come. Both sides are capable of picking up six points from their next two games which would achieve that. However, if one of the teams lose on Saturday it will be a huge blow to their confidence and will heap pressure on them for their next matches against Southampton and Fulham respectively which will then be viewed as must-win games.

With the points needed to stay up this season certain to be low, six points for either team before Christmas would make a huge difference to their season.