Can Fulham pull off an automatic promotion surprise?

The race for promotion is seriously heating up in the Championship. As is usually the case, the competition has been fierce heading towards the business end of the season. But the frontrunners have been West Bromwich Albion and Leeds United. Towards the end of 2019, it looked like a two-horse race for the automatic slots. But the chasing pack has picked up the pace. Thanks to the leading duo’s inconsistent form over the last several weeks, other teams are beginning to see an opportunity to give the top dogs a run for their money.

Prior to the 2-0 victory against Millwall on Sunday, the Baggies had won just once in their previous eight games. Leeds United also lost 2-0 to Nottingham Forest. That made it back-to-back losses, the second time in the last five games for the side. The Peacocks have won just twice in the last 10 matches. It’s a terrible run for the two teams hoping to gain automatic promotion at the end of the campaign. Consequently, the likes of Fulham, Nottingham Forest, Brentford and Preston North End have taken advantage to close the gap at the top considerably. In fact, at the moment, Scott Parker’s side sits third on the table but with the same 55 points from 31 games as Marcelo Bielsa’s team.

The remaining promotion hopefuls are not far away. In fact, Forest and Brentford are two and three points respectively behind table-toppers West Brom. Even though the Throstles have a game in hand, the playing field is becoming level for all parties involved. As it stands, no team is guaranteed automatic promotion. But Fulham looks the most likely to topple one of the top two.

The Cottagers have enjoyed a decent run in the last few weeks losing just once in the last nine fixtures. Interestingly, the run began with a 2-1 victory over Leeds. The result somehow captures the contrasting fortunes between the two sides. At a time when Bielsa's charges have become jittery and fearing for the worst, the Londoners are brimming with confidence, ready to take advantage of any more slip-ups from the early favourites. 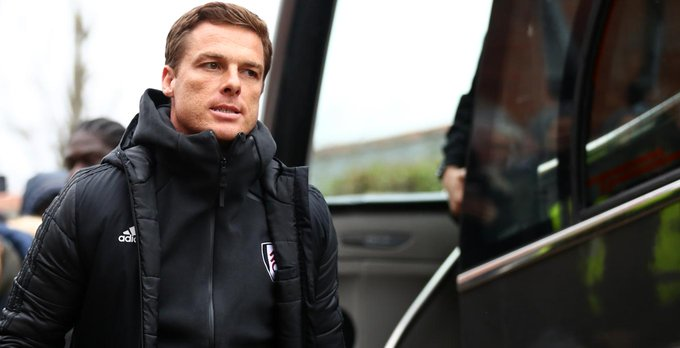 Scott Parker's side have closed the gap in the automatic promotion race.

Parker must be singled out for praise. The Englishman has done a great job at Craven Cottage since taking over last year. Although he could not keep the team in the Premier League after a disastrous campaign, no one could blame him for that. Parker took over a badly damaged ship that was destined to sink into the Championship. But some good performances towards the end of the season convinced the club’s hierarchy to hand him a permanent role.

So far, Parker has repaid the faith shown in him and will enhance his reputation as an emerging top manager if he steers the side back to the top flight at the first time of asking. Things look bright for the 39-year-old and his team. He has a collection of experienced players that are capable of getting the job done. The likes of Alfie Mawson, Denis Odoi, Anthony Knockaert, Bobby Reid and Tom Cairney have Premier League experience under their belt. They’ve formed the core of a squad ready to go all the way back to the big time.

But it’s the man upfront that has made the biggest difference. When a team has a top striker who has been there and done that at both the Premier League and the Championship level, it’s not surprising. Aleksandar Mitrovic did it for Newcastle under Rafael Benitez, helping the side gain promotion back to the Premier League back in 2017. He is doing even better this time around with Fulham. With 20 goals in 28 matches, he tops the scoring charts in the division. That gives Fulham a huge advantage in the battle for promotion.

However, whether they are able to achieve the feat come season’s end or not will depend more on the form of the top two teams for the remainder of the campaign than on anything else.