Manchester City broke records on the way to their historic double in the 2017/18 campaign. Finishing the season with 100 points meant the Sky Blues had raised the bar so high, others had to raise their game to be able to merely compete. Jurgen Klopp was up for the challenge as the German tactician led Liverpool to push City all the way to the final day of the season in the title race. Pep Guardiola triumphed in the end as his side retained the title with a single point advantage.

Having already beaten Maurizio Sarri's Chelsea in the League Cup final earlier on, the double was secured. But unlike last term, there is more. A date with Watford at Wembley for the FA Cup trophy. Winning it will complete an unprecedented treble in English football.

The fact that no team (including the great Sir Alex Ferguson's Manchester United teams of years gone by) has ever accomplished the feat shows how much of an achievement that is. Yes, the class of '99 (arguably the best team to have ever been assembled in the English game) did win the treble, but never solely on the domestic scene. The Champions League was their third trophy. Speaking of which, continental domination is considered the ultimate in club football, as far as Europe is concerned anyway. After having claimed all the silverware on offer on the domestic front, the Champions League remains unconquered territory for the Cityzens.

That is likely the main reason the Catalan manager was recruited by the City hierarchy. Guardiola's two immediate predecessors had excelled on the domestic front. Both Roberto Mancini and Manuel Pellegrini had won the Premier League title. In fact, they added other domestic trophies to the collection. Pellegrini especially was fired despite winning the double in 2013/14 and the League Cup in 2016. So there must have been a bigger ambition than just domestic silverware that led to the move for the former Barcelona gaffer - continental success. 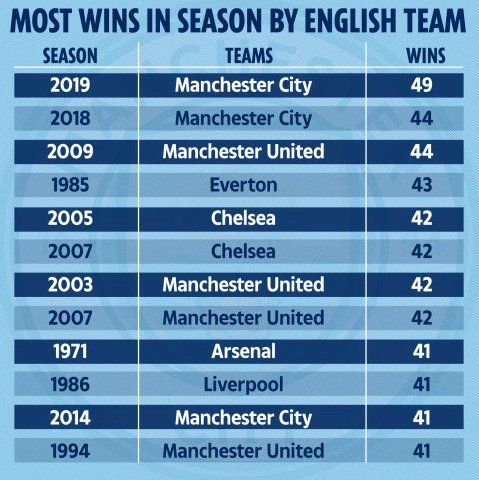 Man City Delhi
ManCityDelhi
Follow
A win in the FA Cup final would make City the first English side ever to win 50 games in a season apart from completing the domestic treble, of course.

Unfortunately, after spending three seasons at the Etihad Stadium and spending a significant amount of money on transfers, the former Bayern Munich boss is nowhere near such success. Losing out to back-to-back to English opposition in the quarter-final speaks volumes about the side's frailty in Europe. In both of the last two seasons, the Sky Blues' opponents, Liverpool and Tottenham, finished more than 20 points behind them on the league table. Yet, Liverpool in particular, swept City aside with relative ease in the Champions League; winning both home and away.

Even Mauricio Pochettino's Tottenham with all the inexperience both the team and the manager have in the competition still got one over the Cityzens. Guardiola exposed his naivety with a defensive setup against Spurs in the first leg which showed he was overcautious as a result of what had happened at the same stage a season earlier. Liverpool pummeled City 3-0 in the first match and the team could not recover from the humbling, losing again 2-1 in the return leg to exit the competition. In trying to avoid a repeat of such Guardiola went ultra defensive thereby emboldening Spurs. A 1-0 win at home by the Lillywhites meant the Sky Blues would later be dumped out on away goals rule.

If the team goes on to defeat Watford and lift the FA Cup, history will have been made. Ordinarily, this represents significant progress for both club and manager.

However, the failure recorded in the Champions League will remain a blemish on Guardiola's resume. No doubt, for any other manager out there under different circumstances, the treble represents a tremendous achievement. But for a team that has been touted as the best of all time in English football, failure to reach even the semi-finals of the Champions League for two consecutive seasons is a massive disappointment.

Fortunately for the Catalan manager, he still has time on his hands. With two more years to go on his current deal, he can give it another go next term. Apparently, City will have to prioritise winning the continent's biggest prize over domestic success. Whether that will yield the desired result is anyone's guess...