Can Lewis Morgan be a hit at Inter Miami?

Celtic thought they signed a star for the future when they snapped up young winger Lewis Morgan from St Mirren in January 2018. Still raw, the pacey wide man impressed in the Scottish Championship and was tipped for a bright career. Not so fast. A couple of years on and his journey has taken an unexpected turn. He kits up up for David Beckham's Inter Miami in their debut Major League Soccer season.

Morgan is now 23. He found opportunities at Celtic hard to come by due to the abundance of quality the Bhoys possess on the flanks. His career began as a youngster at Old Firm rivals Rangers before he switched to St Mirren in 2013. The twice-capped Scotland international went on to make 118 appearances in all competitions for the Buddies and chipped in with 29 goals along the way. Inter Miami bank on him rekindling that form.

Morgan rocked up at Celtic Park after winning the second tier title and made his Hoops debut in a Champions League qualifying tie against FC Alashkert in Armenia. He struggled for game time with the Glasgow side and was loaned out to League One Sunderland for more opportunities inside six months of his move to the Scottish champions.

He played regularly at the Stadium of Light, helping the Black Cats to the Play-Off final during his brief spell. The Mackems came up short against Charlton Athletic at Wembley.

Morgan returned up the border last summer but was restricted to just five games in the league this term. When Miami came in with an offer of £400,000 in January, he packed his bags and headed over the Atlantic for a new, rather unexpected, chapter in his short career.

Obviously, the weather will be more to his liking, not to mention the social life, but the big question is whether he can he hit the ground running for Golden Balls FC? He has certainly shown glimpses of promise in the past but will be somewhat of an unknown quantity to MLS fans. 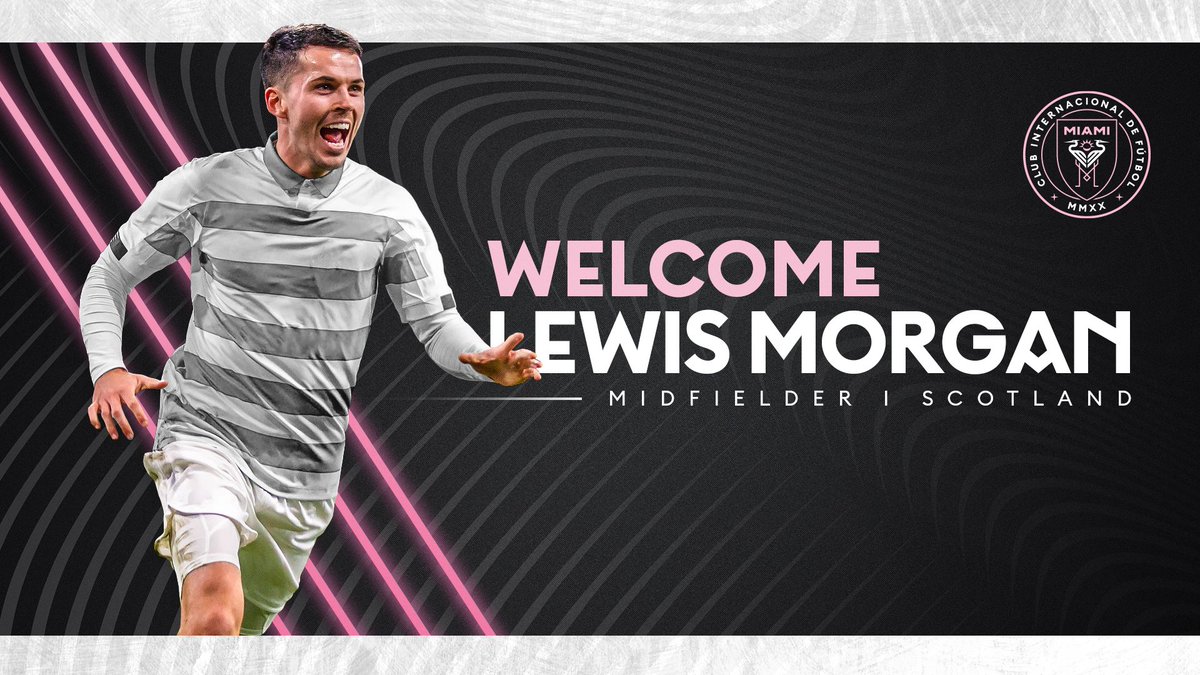 Morgan offers blistering pace on the wing, playing predominantly on the left. He prefers to cut in onto his favoured right foot. MLS not being the most defensive-oriented league, he stands to create a few headaches for backliners. Many St Mirren, Celtic and even Sunderland fans will no doubt keep an eye on his progress over the pond. In South Florida, supporters hope to see another Johnny Russell, who made an impact with Sporting Kansas City rather than another Shaun Maloney, who sputtered with Chicago Fire.

Miami kick-off for the first time away to Los Angeles FC on 1st March. The Herons can learn a lot from Bob Bradley’s men, a squad who were in their shoes in 2018 but topped the Western Conference in their second campaign. Inter midfielder Lee Nguyen featured for the Wings in those two seasons, making the season opener a bit of a home-coming. The 33-year-old gives the brand-new franchise an element of experience.

Inter should be competitive and may very well be a force in MLS in their maiden season. Lewis Morgan can go a long way towards ensuring they do.

Are Barcelona headed for a Messi divorce?
By Emmanuel Odey

Gone are the days when Barcelona were untouchable, the best club in the world in terms of on-pitch performance and lauded for their ideals off it. The Catalan side reached its greatest…