Clashes between Liverpool and Chelsea are often ferocious. The rivalry knows no gender. Expect fireworks when these sides renew their rivalry on Matchday 16 of the FA Women's Super League (WSL) at Prenton Park on Wednesday.

After nearly a month’s break, reigning champions Chelsea resume their title chase on the road. The Blues are third behind Manchester City and Arsenal. They come into the game on the back of confidence-boosting 6-0 and 3-0 victories over Bristol City and Arsenal in the WSL and Women’s FA Cup respectively.

The bad news? Arsenal holds two games in hand and City are unbeaten in league play. Emma Hayes' side has a task on their hands to retain their crown. They’re six points off the Sky Blues’ pace.

Chelsea isn't close to their usual high standards. Hayes' charm is fading. Although blessed with the best squad in the division, keeping them fit is a major bane. The Blues' attack is blunt, with 30 goals, almost half Arsenal’s.

Last season, Hayes' ladies blazed the trail, strolling to the domestic double. They captivated the entire continent with an attractive brand of productive, attacking football. Unlike Maurizio Sarri's model, the operative word was productive.

Fran Kirby’s fitness problems are a major issue. The Blues no.14 flitted in and out of form in a season blighted by a hamstring injury and in which Chelsea often posed an anxious presence in front of goal. She missed almost two months of action after the Continental Tyres League Cup quarter-final at Kingsmeadow in November.

In her absence, Bethany England carried the torch with aplomb. Her hat trick against Bristol took her league tally to seven, most by a Blue. Across all competitions, England buried 17 balls, averaging a goal every 80 minutes. The 24-year-old looks to continue that streak against the Merseysiders. 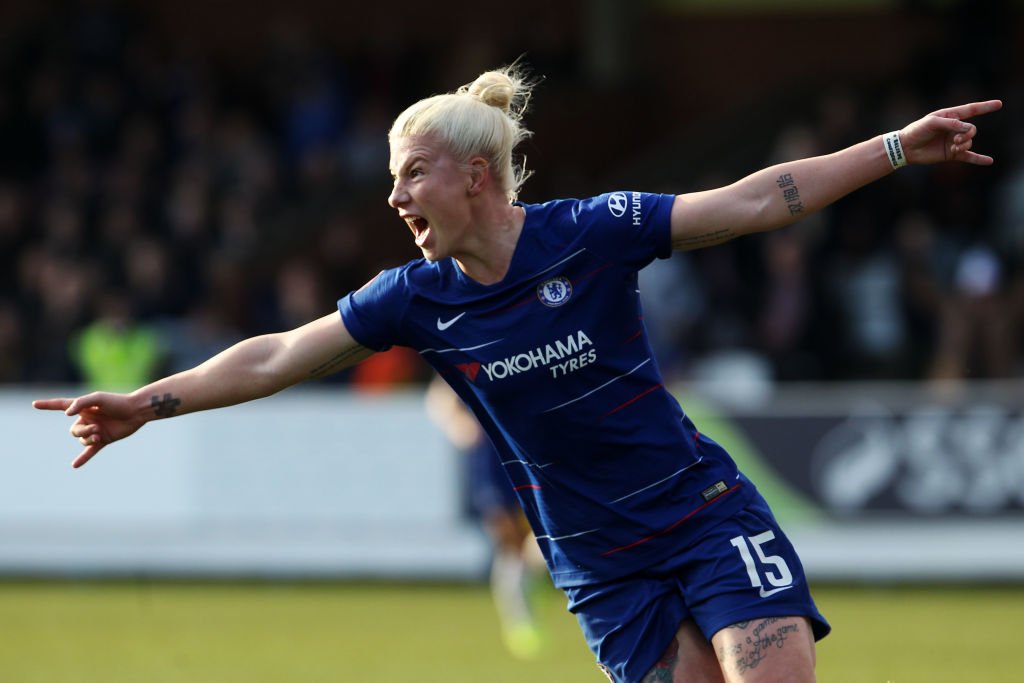 Liverpool, meanwhile, is in free fall. With 16 points, they are eighth. Without much else to play for, Vicky Jepson's ladies will take pride in bettering Chelsea if they can.

Jepson lost her first game to Chelsea in November. Magda Eriksson scored the only goal at Kingsmeadow with an overhead kick as Chelsea ruined Jepson's first match in charge.

If there's one player capable of troubling the Blues, it’s Courtney Sweetman-Kirk. The 28-year-old poacher swapped Merseyside rivals in the summer and is performing well in red rather than blue. She leads Liverpool with seven goals in the FA WSL. Jepson appreciates her threat.

It’s not just Courtney’s finishing in front of goal. If you watch her off the ball, in and out of possession, she works so hard for the team. She is an ultimate team player, so she deserves the goals that she got.

If this encounter holds true to the last, Chelsea will return to London with all three points. The Blues thrashed their hosts 3-0 in the Women's FA Cup quarter-finals. Jonna Andersson, Katie Chapman and Maren Mjelde did the damage while Kirby and England went to sleep. The duo must wake up in this clash for Liverpool to have any joy.