Can Nigel Pearson save Watford?

With three managers manning the dugout in a single season, Watford is in desperation mode. Like a drowning man, it’s understandable. The club is doing everything possible to secure Premier League survival. Nigel Pearson is the latest to take charge.

After being out of work for almost a year, the Nottingham-born gaffer has a chance to rebuild his reputation in the English top flight. It’s a status he built mainly with Leicester City, a club he took from League One all the way to the Premier League during two spells that began just over a decade ago. Claudio Ranieri merely completed the job.

However, his latest task is a chance to do the exact opposite - prevent Watford from going down. In terms of experience, the 56-year-old can be trusted. He saved Leicester City in the 2014/15 campaign before Ranieri took over. Yet, Watford’s case will be difficult given the team’s position on the table and points accrued so far. Rooted to the bottom with only nine points collected from 16 matches, the Hornets are almost doomed for the dreaded drop. But that’s rather unfortunate given the quality in the side.

It’s a factor the new boss has alluded to while stressing that the team requires confidence and organisation to have any chance of survival. Those are qualities he can bring to Vicarage Road - having already experienced many difficult situations in his managerial career.

The organisation must start in the defence. The team has conceded 30 league goals already with the season yet to reach the halfway point. Only fellow relegation candidates Southampton and Norwich have conceded more. Keeping a clean sheet against Crystal Palace in Pearson's first game is a good start.

But crucially, it’s the team’s performance on the other end of the pitch that will determine it’s fate. With only nine goals scored in 16 games, that’s the division’s lowest by far. It’s classic relegation form. The club’s top scorers are Andre Gray and Gerard Deulofeu who have two goals apiece. Other forwards Danny Welbeck and captain Troy Deeney have not found the back of the net all season. It’s a bad situation, but at least the manager should know what to do come January... 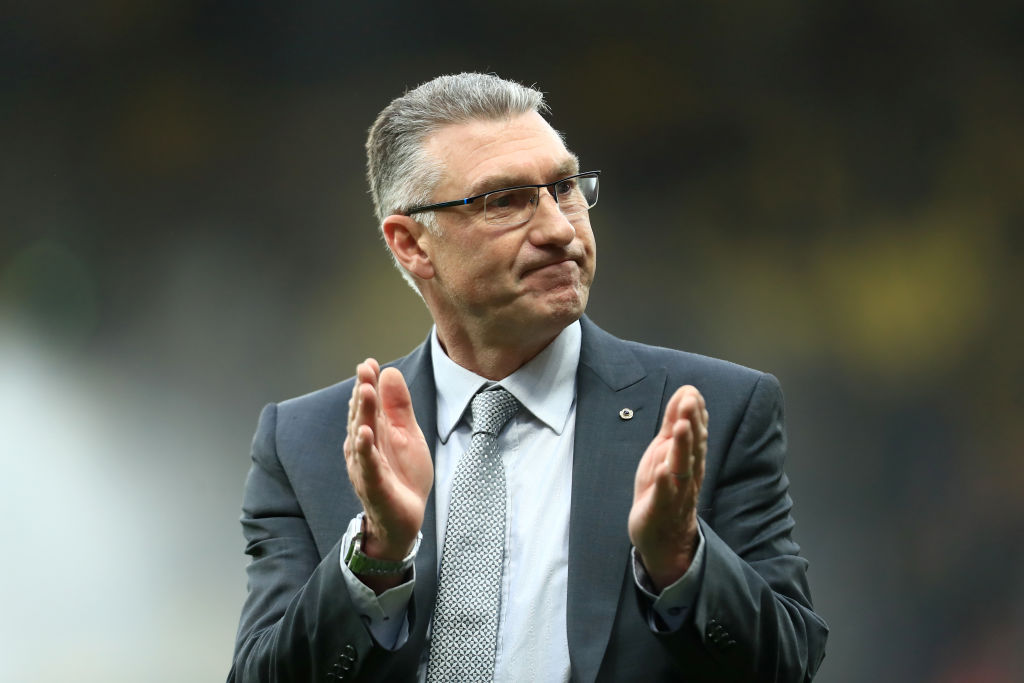 BBC Sport
BBCSport
Follow
"We're going to have to have a collective buy-in from everybody."

Watford manager Nigel Pearson is confident he can keep the Hornets in the Premier League.

But bolstering those positions will provide a solid base to build upon. Deeney is getting back to form after battling injuries at the beginning of the season. He will be an important part of the squad in the second half of the campaign given his leadership skills.

If the club chooses not to spend in January, the manager will need to inspire both Gray and Deulofeu to find their scoring boots. Young Senegalese forward Ismaila Sarr will be another option that can add spice to the attack. Nathaniel Chalobah can be coached to model the likes of Barcelona’s Sergio Busquets, Paris Saint-Germain’s Idrissa Gueye or Liverpool's Fabinho in defensive midfield. The former Chelsea man will need to work his socks off in front of the back four, allowing attacking-minded Doucoure to bump forward with runs that can produce goals.

Hopefully, that sort of reorganisation will produce the needed results to see the team pick up points and climb out of the relegation zone. Not many managers can pull off the feat, especially with Watford almost down and out. But Pearson’s experience puts him in a good place to pull the chestnuts out of the fire. Will he successfully do so at the end of the campaign? Only time will tell.