Frank Lampard is making a name for himself in the coaching business with his beloved Chelsea. The former midfielder cut his teeth in the Championship with Derby County and is proving to be a shrewd signing by Roman Abramovich, with the Englishman taking the London side forward. Like Lampard, his contemporary Steven Gerrard is also building a reputation for himself as being amongst England's top managers. The Liverpool legend chose Scotland as his preferred destination to test his ability in the dugout.

So far, like the Chelsea man, Gerrard is doing well. However, he came close to ending Celtic's dominance in the Scottish top flight before falling away in the final weeks of the campaign. The Bhoys have held bragging rights over their bitter rivals for several years now. Problems off the pitch in that period certainly hasn't helped the Gers' cause. It allowed Brendan Rodgers free reign as he ran the show unchallenged in Scottish football before heading back south of the border to manage Leicester City.

When Gerrard was appointed in 2018, many wondered whether he was the right man to lead Rangers back to the top. The reason for the doubts was not far-fetched. New in the business, he lacked the experience needed for such an assignment. Three seasons on, the former midfield maestro has learned on the job and grown steadily year-on-year.

Rangers have now emerged as genuine title contenders this season, ready to take advantage of any slip-ups from their bitter rivals. Sitting second in the standings, level on points with the Celts at the top of the table after 12 rounds of matches, this represents a unique opportunity for the side to stake a claim for top spot. And why not, given Rangers' performance on the pitch this campaign? 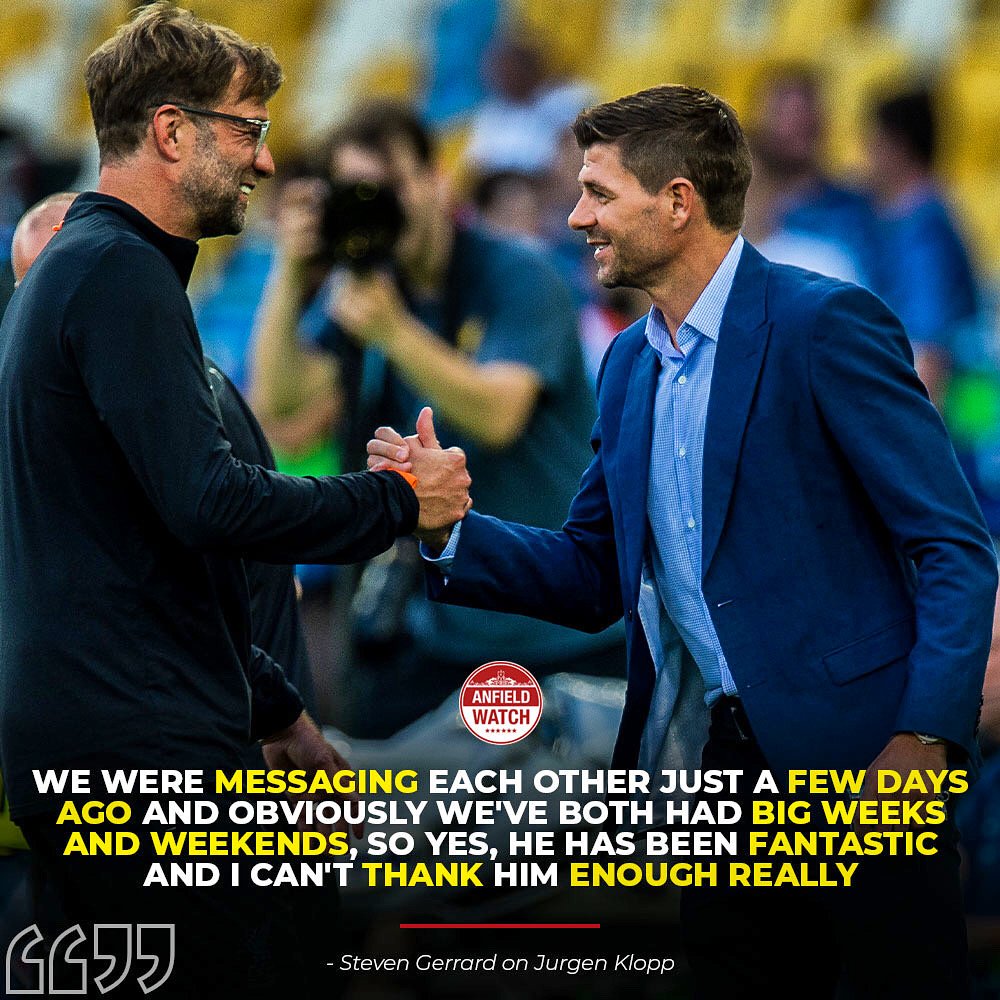 The side has been in top form both domestically and on the continent. Qualification for the next round of the Europa League represents a significant step forward for the club. The football has been free-flowing and progressive and the 39-year-old seems to be implementing the same brand as seen at Anfield these days. Just as Jurgen Klopp is utilising a solid defence as the backbone to his pressing game to overwhelm opponents, Gerrard is excelling in like manner.

Left and right-backs Borna Barisic and James Tavernier mirror Andy Robertson and Trent-Alexander Arnold. In the middle of the defence is Connor Goldson who is giving Virgil van Dijk a run for his money in the position. The trio has scored eight times in the league already. Young Nigerian hotshot Joe Aribo conducts the orchestra from the middle, much like Fabinho, as experienced former Southampton midfielder Steven Davis lends support.

Upfront, young Colombian striker Alfredo Morelos is firing on all cylinders as is old workhorse Jermaine Defoe. They have nine and ten league goals respectively already. Sadio Mane and Mohamed Salah would definitely be impressed with that return. The man reaping the rewards for his efforts in assembling the team is Gerrard. He definitely is paving the way to the Anfield dugout in future.

For now, though, he has to concentrate on the job at hand, which is to dethrone Celtic as champions. That may have been a huge ask in the last few seasons, but both manager and team have come of age. Therefore, winning the title this term is a realistic goal. And if the team continues with the current form, it will most likely be achieved. So yes, Rangers can do it if the team stays consistent until season's end. But that's if, on the other hand, Celtic falters.