Real Madrid continued their hunt for the next Brazilian superstar with the capture of Reinier Jesus in January. The 18-year-old joined Vinicius Junior and Rodrygo Goes who moved to the Santiago Bernabeu last summer. The latter duo has since been integrated into the senior team despite being aged only 19. Vinicius made the headlines recently when he scored the first goal to help Madrid beat their bitter rivals Barcelona in El Clasico.

That drew comparisons with both Lionel Messi and Cristiano Ronaldo when they were still at that age. Rodrygo has also made an impact for Zinedine Zidane's team scoring twice in eight starts. But the team's performance in the last month suggests there's need for more. Los Blancos have won just twice in seven outings in all competitions, losing four times. Two defeats in the last three La Liga matches to struggling Levante and Real Betis have left the side trailing Barcelona by two points in the title race.

This is due largely to the team's inability to score goals. Summer signings Eden Hazard and Luke Jovic have failed to add firepower to the attack. For the former Chelsea man, it's due to incessant injuries. The Serbian, on the other hand, has simply failed to adapt to his new surroundings, leaving Karim Benzema with a heavy burden.

Centre-back Sergio Ramos has been the one to ease the pressure on the Frenchman adding five to his 14 league strikes. The likes of Gareth Bale and James Rodriguez who were supposed to step up are struggling. They have three goals between them in 21 games this season while Isco has scored just once in 16 appearances.

The shortage of firepower upfront is having a huge effect on the team's ambition this term. Barcelona is now in control of the title race with 11 games to play. Having lost out in the Copa del Rey while trailing Manchester City 2-1 from the Champions League first leg, the campaign could end on a very disappointing note. The bottom line is that Madrid need help in the goalscoring department to save the season. 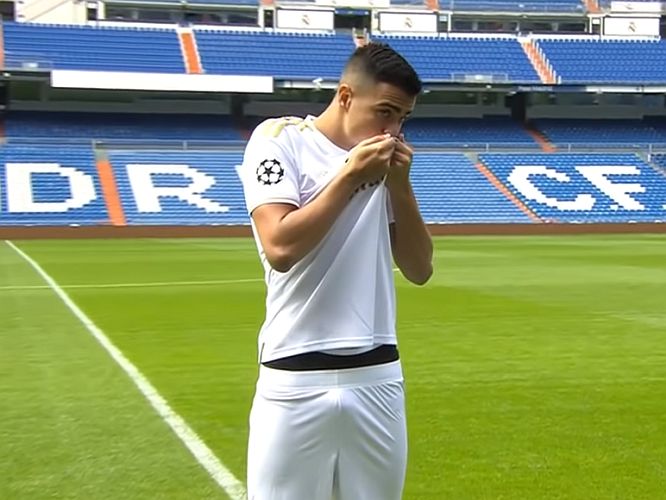 Normally, the January transfer window provides an opportunity to bring in new legs mid-season. But we are in March. With the season winding down, Zidane needs to find a solution fast.

It could come from an unlikely source; Reinier.

The 18-year-old has experience in helping a team win the league despite his young age. He was a key figure for Flamengo back home last term. At only 17, he came in during the second half of the season to score six important goals and set up another two in eight starts to help the Brazilian side claim the domestic top-flight title. In fact, it was his performance there that convinced the hierarchy at the Santiago Bernabeu to splash a reported £25.6 million to acquire the teenager.

He was drafted into the club's 'B' team, Castilla after making the move in January. Playing under club legend Raul Gonzalez, the youngster is showing his quality already. With two goals and an assist in three games, he is leaving no one in doubt of his readiness for the big time. Madrid's key men have so far performed below expectations. Benzema has scored only one goal in his last 12 appearances for the club. The likes of Luka Modric, Toni Kroos and Isco have not made sufficient impact on the team's offensive play.

As an attacking midfielder who can act as a playmaker, Reinier could add some spice to the side by not only helping to create chances but also score. The team's midfield looked exhausted last term as the side played second fiddle to Barca on the domestic scene and crashed out of the Europe at the hands of Ajax.

It was largely blamed on the departure of former talisman Cristiano Ronaldo. But the introduction of Federico Valverde has improved the side, adding stability in the middle of the park. Reinier can have an equal or better impact upfront and help spark a turnaround in the team's fortunes.

Can Takefusa Kubo save Real Mallorca from relegation?
By Uttiyo Sarkar

Takefusa Kubo is very hands-on when it comes to his career. It takes courage to reject Barcelona for Real Madrid when you are already at La Masia. Los Blancos clearly noticed his ambitions.…